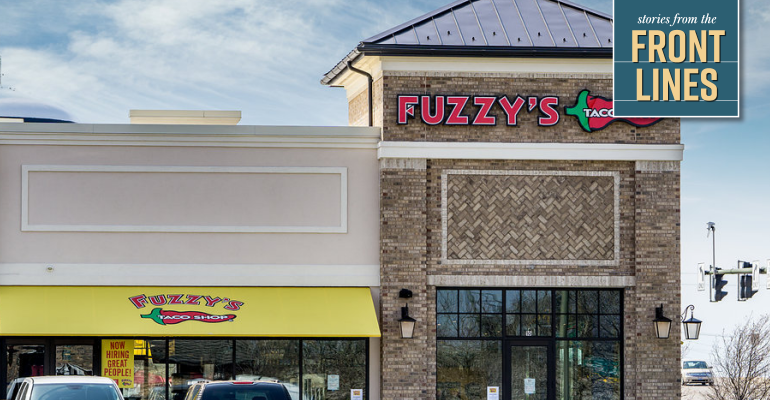 “I told everybody, ‘We're fighting for our concept and for our jobs,’” said Mel Knight of Fuzzy’s Taco Shop. And fight they did.
News>Fast Casual

Fort Worth, Texas-based Fuzzy’s Taco Shop considers itself a Southwest staple – a “gathering place for a lot of communities” at its 140 locations, says president Mel Knight, but that all had to stop when the COVID-19 pandemic began.

The fast-casual chain began an immediate reconnaissance of what would be allowed and what wouldn’t. Before the pandemic, the chain had no partnerships with third-party delivery companies and no curbside pickup. At the franchise-heavy brand, the nationwide dining-room shutdowns may have normally been a cause for panic, but Knight made sure that didn’t happen at the corporate office. 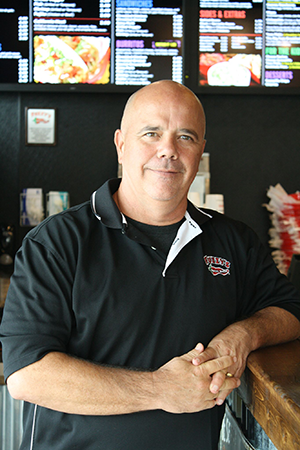 “We came together and really had a lot of soul searching to do about what to do in this environment,” said Knight (pictured). “The message early on was, ‘We’re absolutely not going to panic, we’re going to put ourselves in the shoes of the franchisees that are all of a sudden going to be challenged with a different type of concept.’ Additionally, we don't have drive-thrus. We haven't really in the past been active in the third-party deliveries space because that was just always very difficult, the ROI. So, we were really challenged.”

The first change implemented was the addition of curbside pickup. That was almost immediate: It only took 48 hours for all franchise locations to get signage and complete training.

“I told everybody, ‘We're fighting for our concept and for our jobs,’” said Knight.

Family meals were a new pandemic menu item concocted during this time of “rest” as well. They ranged from enchilada trays to family-sized salads. And a pitcher of margaritas, of course.

Since the introduction, family meals have grossed over $1 million in sales for the chain.

In fact, Cinco de Mayo, traditionally one of the chain’s best days of the year, was down in sales by only three points year-over-year at the height of the pandemic on May 5.

“[On Cinco de Mayo], 82% of sales were to-go, including the family meals, and also the ability to get margaritas by the gallon helped,” Knight said.

The chain invested in a lot in promotion by offering contests, which amped up the excitement.

The chain allocated 5% of sales from April 29 and used that money to provide tacos for nurses and other medical professionals on National Nurses Day, May 6. 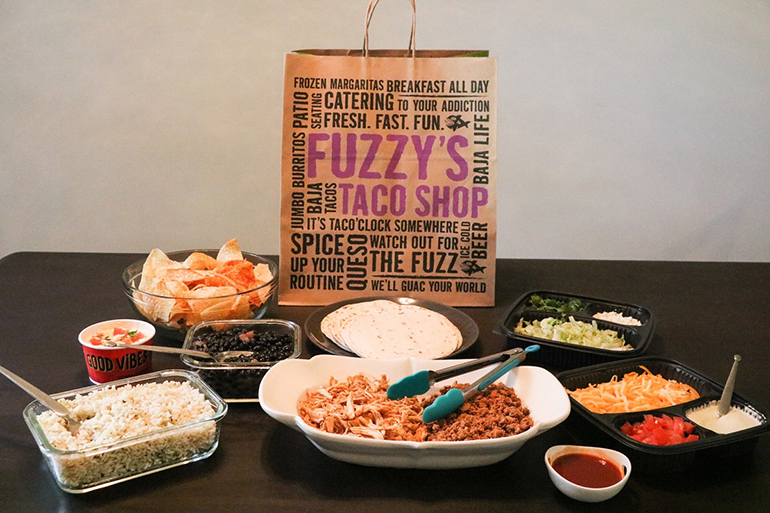 Family meals have grossed over $1 million in sales for the chain.

“We talked about that program on social and some radio mentions in DFW [Dallas-Fort Worth, Texas],” Knight said. “At our highest Wednesday sales, on April 29, since the shutdowns began, sales were almost 12% higher than the previous Wednesday. We were able to provide 25,000 tacos to frontline health care workers on National Nurses Day.

“The momentum of us not panicking, not furloughing anyone and coming together as a corporate office and a franchise community catapulted us to only single-digit losses year-over-year.”

This hasn’t primarily been a result of marketing or new social pushes from the brand. Other than a few radio spots and the National Nurses Day promotion, Fuzzy’s hasn’t been doing anything different. But, as Knight explains, it’s about the community.

“There's a true genuine passion for Fuzzy’s Taco Shop,” said Knight. “People wanted to support Fuzzy’s because they love Fuzzy’s…you drive around DFW and see Fuzzy’s stickers on people’s cars and people in the grocery store wearing Fuzzy’s t-shirts. It's something that we're very proud of.”

Up next is a smaller concept store in Minneapolis based on what the chain has learned so far during the pandemic. This unit will prioritize off-premise convenience as well as stations for pick-up, but also work with customers to demystify the process, as Fuzzy’s has been doing throughout the pandemic.

“People talk about curbside, but they don't know how to do it,” Knight said. “It’s a little bit intimidating for [customers]. And this is just my opinion. We did a really good job educating folks on how to actually participate in curbside and ordering and took the guesswork out of it for the consumer.”

Several new units of Fuzzy’s Taco Shop have opened during the pandemic, resulting in a light at the end of the tunnel for Knight.

“We’ve got some opportunities to increase sales through off-premise. We're going develop drive-thrus at Fuzzy’s going forward. The big thing is we're seeing continuing to see improvement in sales. We believe the sky's the limit,” Knight said.

This is part of our Stories from the Front Lines series.