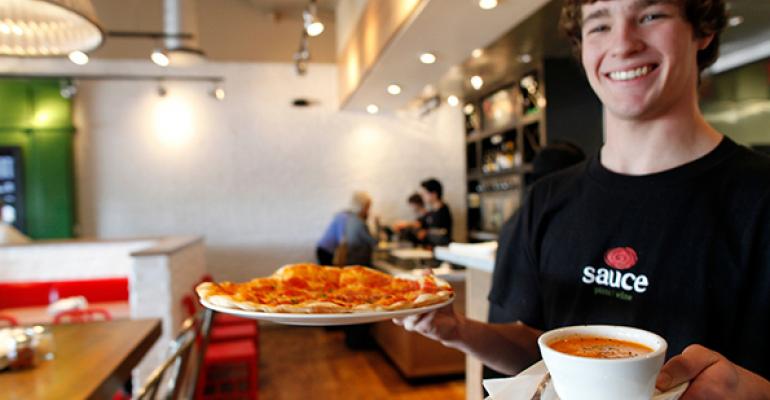 Phoenix-based Fox Restaurant Concepts, whose 14 other concepts include the full-service True Food Kitchen and North Italia chains, said it sold the fast-casual brand to Sauce Holdings LLC, an investment group led by Phoenix restaurateur Scott Kilpatrick. Terms of the deal were not disclosed.

Sam Fox, founder of Fox Restaurant Concepts, said in a statement: “It’s difficult to let go of a concept that you’ve nurtured for more than a decade, but Sauce Pizza & Wine is in great hands.”

Kilpatrick, who will serve as chief executive of the new Sauce holding company, said, “Sauce Pizza & Wine is an exceptionally strong brand, and we see significant opportunity for growth.

“As we move forward, we are committed to making the quality of food and service our No. 1 priority.”

Fox opened the first Sauce Pizza & Wine in 2003. The brand has nine units in Phoenix and Tucson, Ariz. A 10th non-airport unit is planned for Central Phoenix, the company said.

A Fox spokeswoman said the company remains intent on creating and growing concepts. Fox Restaurant Concepts said in a statement that “the sale of Sauce Pizza & Wine marks another step in FRC’s innovation plans and allows the team to continue to create and incubate exciting new concepts. It will also let the company focus on growing up-and-coming brands. …”

It had single units of The Arrogant Butcher, Flower Child, The Greene House, The Henry, Little Cleo’s, Modern Burger, The Rocket and Wildflower.

Fox Restaurant Concepts has restaurants in 15 states, the majority of which are in Arizona.