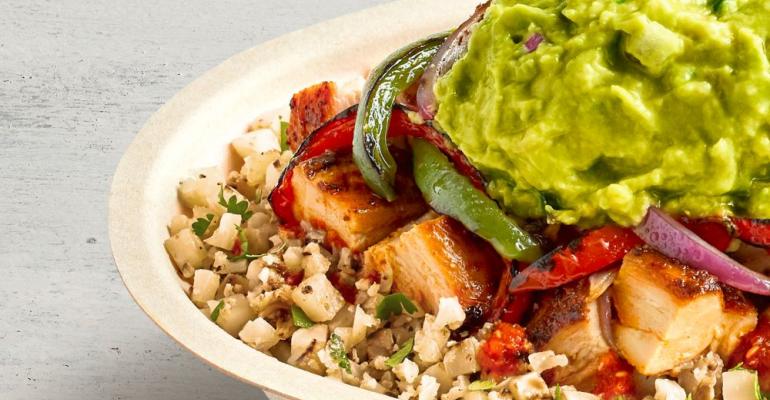 Newport Beach, Calif.-based fast-casual chain says 1 out of 3 customers have been requesting cauliflower rice, which fits into a carb-cutting lifestyle

Chipotle Mexican Grill, which doesn’t roll out a slew of new items each year, is testing a new ingredient geared for carb-cutting dieters: Cilantro-Lime Cauliflower Rice.

The new item will be piloted at 37 locations Denver and 18 restaurants in Wisconsin starting Wednesday, July 15. The grain-free brown or white rice substitute is meant to give customers new options, especially those eating foods that follow keto, Whole30, paleo, vegan and vegetarian diets.

Chipotle said the texture mimics the traditional rice base, including the flavor.

There will be an upcharge. Cilantro-Lime Cauliflower Rice will cost an additional $2.

“We’ve answered the call from fans and created a better-for-you option that puts a delicious twist on our classic white rice recipe by using the same fresh cilantro and lime ingredients and culinary techniques,” Brandt said in a statement.

It’s unclear how long the item will be battle tested in the 55 locations before going national or moving to other markets. Chipotle goes through several testing phases, dubbed its stage-gate process, before rolling out a new menu item across the United States. Recent national launches include Carne Asada, Supergreens Salad Mix and the reformulated Queso Blanco.