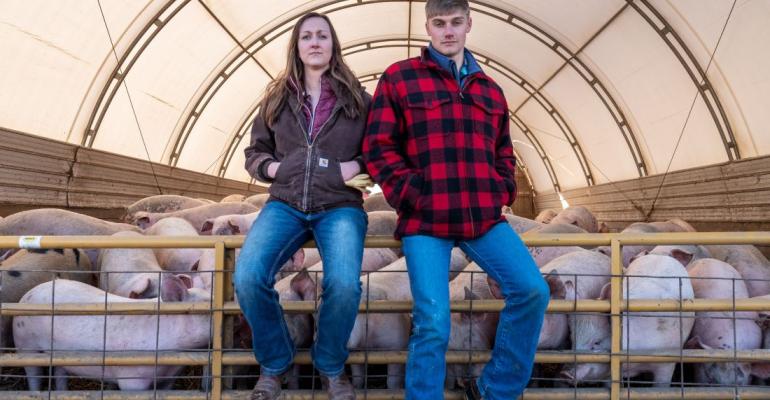 Chipotle Mexican Grill announced Wednesday a major commitment to support the next generation of farmers at a time when the U.S. agriculture industry is losing farmers at a rapid pace.

“With the average age of farmers at about 58, and more than half of U.S. farms losing money last year, Chipotle recognizes that the future of real food depends on cultivating the next generation of farmers,” the Newport Beach, Calif.-based fast-casual chain said in a statement.

Chipotle outlined the following three ways to help the industry’s next generation of farmers.

“Chipotle will support young farmers through various approved livestock and dairy networks, including Niman Ranch, and its own Local Growers Initiative, which increases the chances of profitability despite market fluctuations,” the company said.

Chipotle said it will also commit to increasing its local sourcing across the country in 2020. Currently, 29 million pounds of all produce purchased last year was grown locally, the company said.

Seed grants: The chain’s Chipotle Cultivate Foundation will work with the National Young Farmers Coalition to raise money to fund Seed Grants to help young farmers. Funds will be raised through consumer campaigns. The first one kicks off Dec. 6, or Farmer Friday. On that day, Chipotle will donate $1 from every entrée purchased to the Seed Grants fund, capped at $250,000. The donation will be made only for purchases made on Chipotle’s website or app.

"We are able to keep raising pigs because we have these great customers and supporters, like Chipotle, that care about where their food comes from and are buying product that's raised sustainably, and ethically, and as a result, are supporting families just like mine," said Gadient, a recipient of the Niman Ranch Next Generation Scholarship Foundation.

Rose Parade float: Chipotle will spotlight its latest campaign by sponsoring another float in the Rose Parade. Young farmers will wave to crowds from the float, titled “Cultivate the Future of Farming.” On Jan. 1, consumers can show their support of Chipotle’s campaign through social media. The chain said it will donate $1, up to $250,000, to the National Young Farmers Coalition for every post on Facebook, Instagram and Twitter using #farmers as a hashtag.

“Farmers committed to farming in a sustainable and ethical way need help to have a chance to succeed – both for the sake of the future of real nutritious food and the communities that rely on those farms," Chipotle CEO Brian Niccol said in a statement.