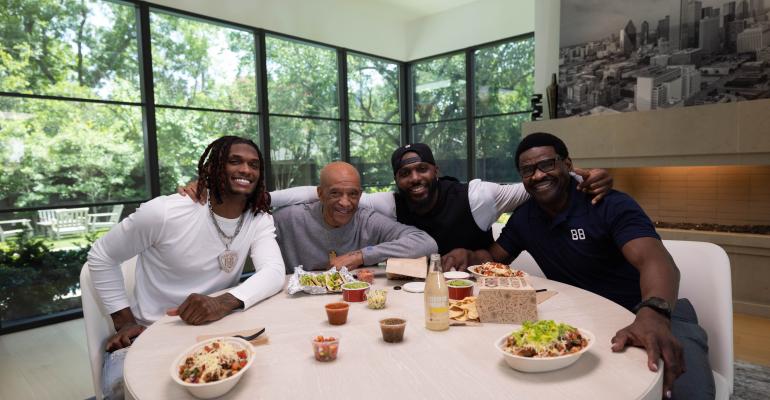 Campaign features Dallas football stars of the past and present, including CeeDee Lamb, Michael Irvin, Dez Bryant and Drew Pearson

Chipotle has teamed up with past and present Dallas Cowboys greats CeeDee Lamb, Michael Irvin, Dez Bryant and Drew Pearson for a new campaign and four new menu items, the chain announced on Wednesday. The crew has been donned the “88 Club” by Chipotle for all having worn the number 88 on their jerseys.

"From youth to the pros, Chipotle is the training table for athletes," said Chris Brandt, chief marketing officer in a release. "The '88 Club' was a special opportunity to bring legendary receivers together for the first time and shows athletes' real love for Chipotle."

For the upcoming football season, Chipotle superfan and current #88 CeeDee Lamb will take on a No. 1 receiver role. Chipotle assembled top pass catchers who played in jersey #88 to give the young star advice and collectively bond over what it means to don this iconic number.

The commercial stars the men discussing the number and football over bowls of Chipotle.

The new menu items are as follows: