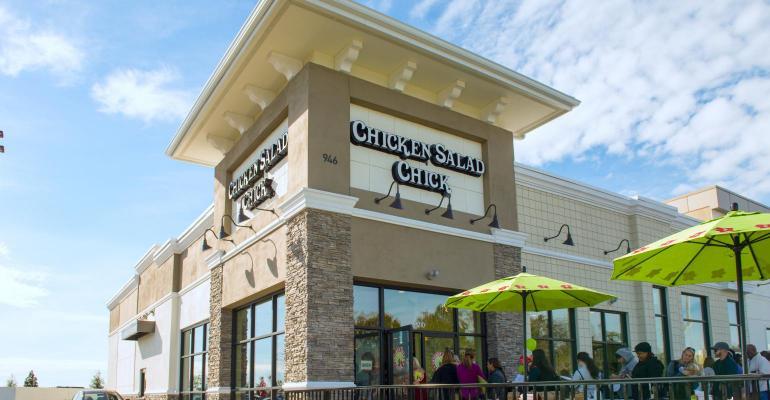 Chicken Salad Chick’s CEO on growth, labor challenges and the climate of franchising

For the latest Ask the Expert webinar, Scott Deviney explains how the fast-casual chain plans to grow units by 20% this year

Shifting from “survive mode to thrive mode” during 2020, the 184-unit Chicken Salad Chick is gunning for growth with the goal of reaching 220 units by the end of the year, said CEO Scott Deviney on Thursday.

Deviney was the first speaker in the Ask the Expert series, a digital feature on the Create: The Future of Foodservice platform at create.nrn.com.

During the webinar, which is available for free on-demand, Deviney described how the pandemic shifted the growth strategy for the Atlanta-based fast-casual chain. He also addressed the chain’s labor challenges, the evolving reliance on delivery and the overall climate of restaurant franchising as the industry struggles to recover.

During the pandemic, Chicken Salad Chick closed four units, though one store had already been scheduled to close because the lease was up, Deviney said. The two that he felt were direct casualties of COVID were in downtown locations, where workers were no longer commuting.

Still, during 2020, Chicken Salad Chick saw 37 new restaurants open between June and December, growing systemwide sales to about $175 million, he said. Currently, 52 of the 184 units are company owned. 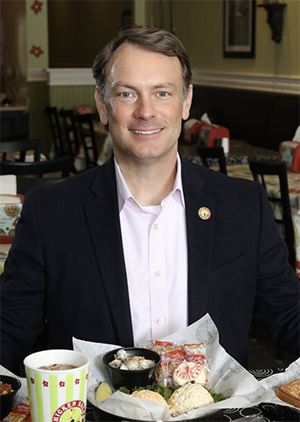 Another 40 units are expected this year, and, of those, eight are open. The chain hopes to reach 500 units by the end of 2025, growing with a concentric circle model state-by-state.

That planned growth has brought labor challenges, Deviney noted, saying the company-owned units have about 12 open management positions and around 500 at the store level. The company is trying various recruitment solutions, he said.

“We’re being flexible about hours and pay, even different ideas: Do you offer very few hours so they can still collect an unemployment check and still get a foot in the door of your company? Or is it paying more? Is it talking about the benefits of our company and how great we are as a culture, with no fryers and no grills and no late nights and no early mornings?”

However, he added, “There’s no silver bullet. There’s no magic pixie dust to say this is what we’re going to do, because if you ride down the road, every store has a ‘we’re hiring’ sign out right now.”

But the American dream of owning a business is still alive, Deviney said, and Chicken Salad Chick continues to attract first time operators. About half of the chain’s franchisees are husband-and-wife business partners, he said.

At a time when the restaurant landscape is increasingly crowded with wings and fried-chicken sandwich concepts, Chicken Salad Chick offers something a bit different with its varied flavors of made-from-scratch chicken salad by the scoop, sandwich or bowl.

To hear more of what Deviney shared on Chicken Salad Chick’s growth trajectory, listen to the Ask the Expert session here.