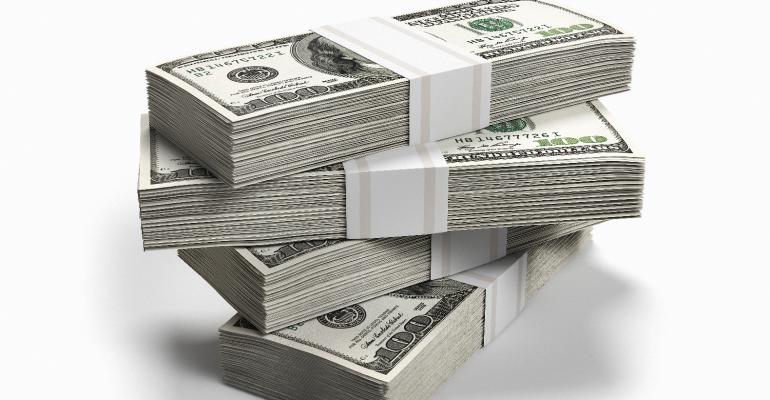 But after taking initial pay cuts, the salaries of many executives have been restored

The coronavirus pandemic will likely impact overall CEO compensation for a number of publicly traded restaurant companies as executives took pay cuts during the depth of the COVID-19 crisis.

While largely symbolic — as base salary typically accounts for the smallest part of an executive’s compensation — the pay cuts did add up.

Related: See how much restaurant CEOs made in 2019

Just this week, Calabasas Hills, Calif.-based The Cheesecake Factory Inc. said in Securities and Exchange Commission filings that the company was restoring pay cuts of between 10% and 20% to corporate employees.

David Overton, CEO and chairman, along with other executives in March, had taken a 20% cut in his salary, which was $995,000 in 2019. With stock awards, options, incentives and other pay, his total compensation for 2019 was $6.7 million.

The Cheesecake Factory said on Tuesday that with the phased reopening of the company’s dine-in restaurant operations, it had called back to work a majority of its staff members previously furloughed, which were approximately 41,000 workers.

“The company has also terminated approximately 175 employees in connection with the impacts of COVID-19 on its business and the closure of two restaurants,” the company said.

A wide swath of restaurant executives from McDonald’s Corp. to Yum Brands Inc. and from Darden Restaurants Inc. to Texas Roadhouse Inc. took pay cuts during the height of coronavirus lockdowns and state and local restrictions.

Some, like Kent Taylor, CEO of Louisville, Ky.-based casual-dining brand Texas Roadhouse, forewent salaries effective through the end of the year. In 2019, Taylor, who had an annual salary of $525,000, had total compensation of $4.9 million, including stock awards, incentive pay and other compensation.

“Taylor has elected to forgo his base salary and incentive bonus from the pay period beginning March 18, 2020, and continuing through Jan. 7, 2021,” Texas Roadhouse said in SEC filings March 24. “The additional funds will be made available to assist front-line hourly restaurant employees.”

Other executives took percentage pay cuts for a temporary period.

Chris Kempczinski, CEO and president of Chicago-based quick-service giant McDonald’s, offered a 50% reduction in his base salary, which was $867,500 in 2019, with stock and option awards and other compensation bringing his total to $5.2 million. Kempczinski took the helm of McDonald’s in November 2019 after the termination of Stephen Easterbrook.

Other McDonald’s executives took a 25% reduction in their base salaries. The term of reduction was April 15 to Sept. 30.

At Orlando, Fla.-based casual-dining Darden Restaurants, parent to Olive Garden, LongHorn Steakhouse, Cheddar’s Scratch Kitchen and other brands, the CEO’s salary reduction was lifted at the end of the company’s 2020 fiscal year on May 31.

“During fiscal 2020, in response to the COVID-19 pandemic, we temporarily reduced the salaries of all of our salaried employees,” the company said in SEC filings, adding that those included all named executive officers.

Darden’s board approved no increases in executives’ base salaries, incentive pay or grant values for 2021.

Yum redirected Gibbs’ forgone salary to assist with funding one-time $1,000 bonuses to the company’s nearly 1,200 restaurant general managers and to the Yum! Brands Foundation Global Employee Medical Relief Fund, which provided financial hardship grants to those directly impacted by COVID-19 at both company-owned and franchised restaurants.