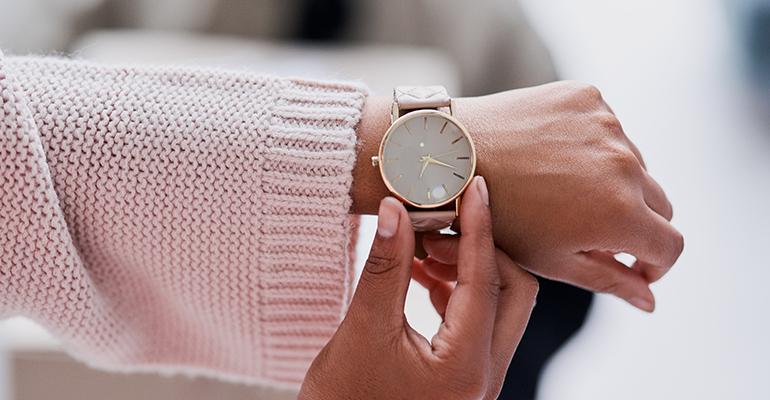 Adene Sanchez / iStock / Getty Images Plus
Customer willingness to wait for restaurant orders fell to six minutes in January from 10 minutes just a half year ago, according to a Bluedot survey.
News>Family Dining

Consumer willingness to wait for orders drops to 6 minutes from 10, poll indicates, and visibly long lines will lead 77% of customers to leave

The COVID-19 pandemic has intensified customer impatience, reducing customers’ willingness to wait for drive-thru, curbside and in-store pickup orders to six minutes from 10 minutes just a half year ago, according to a recent Bluedot survey.

The San Francisco-based company, which provides location technology for smartphone mobile apps, said its survey of more than 1,500 U.S. consumers last month also found “slow speed of service looks like a dealbreaker for consumers as 77% stated they will leave or consider leaving a restaurant if they see a long line.”

Bluedot has been surveying consumers over the course of the pandemic, which was declared March 11.

“Restaurant customers are showing clear signs of pandemic fatigue,” the company said in an overview of last month’s study. “Concern for safety protocols such as masks and gloves softened among consumers. They also expressed less anxiety connected to entering stores or restaurants.”

The survey found 69% of U.S. consumers were still experiencing some level of anxiety about entering stores or restaurants, a decline from 80% from last April.

About 53% of those who had not tried pickup last April have started to use the service, the survey found.

“It's clear now from the data that while COVID-19 might have been the catalyst, the dramatic changes in consumer behavior are here to stay,” said Emil Davityan, Bluedot co-founder and CEO.

“Restaurant customers are choosing a multi-channel approach to order pickup including the drive-thru, curbside, carryout and delivery,” he added. “This means the operational logistics can no longer be a one-size-fits-all approach, and brands must meet consumer demand with a personalized, flexible solution that adapts to individual preferences."

Restaurant drive-thru visits dipped slightly last month but remained high, with the Bluedot survey finding 91% respondents using one in the past month.

“However, the drive-thru still remains vastly more popular now than at the beginning of the pandemic with a 26% increase in consumers frequenting the drive-thru as regularly or more often since last April,” the Bluedot survey found.

The survey was conducted Jan. 1 and Jan. 2 via SurveyMonkey among a national sample of 1,576 U.S. adults aged 18 and older.