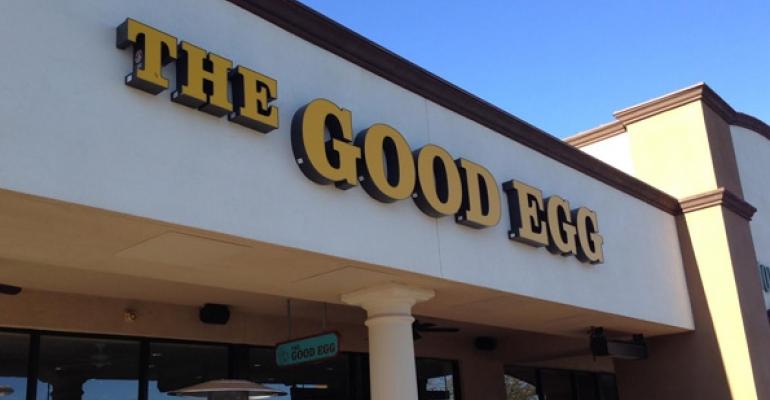 First Watch Restaurants Inc. has acquired the 20-unit Good Egg chain, expanding its reach in the Arizona market, the company said this week.

Terms of the deal were not disclosed, but the transaction speeds the expansion of the family-dining company into the Arizona market, according to Bradenton, Fla.-based First Watch, which has 117 restaurants, three of those in the Phoenix market.

“This acquisition significantly accelerates our growth in a very desirable market and strengthens our scope and reach in the Southwest,” said First Watch president and chief executive Ken Pendery. “The Good Egg is a well-established concept that was developed in Arizona, grew successfully, and has built a loyal and passionate customer base that we plan to nurture and grow.”

Founders Charlie Syburg and Tom Barnett opened the first Good Egg restaurant in 1987 in Scottsdale, Ariz. The concept has grown to 15 locations in the metropolitan Phoenix area and five additional units in southern Arizona.

“Combining The Good Egg with First Watch represented a true strategic alignment and will provide our concept with the necessary resources to continue to grow,” Syburg said.

Current operating partners Matt Trusela and Frank Collins will continue with the brand, First Watch said, and Kevin Hall, who has been with First Watch for 20 years, will work with them as head of operations.

The deal will not interrupt business at any of the restaurants, the company said.

Last year, First Watch ranked in Nation’s Restaurant News’ Next 20, a look at emerging brands. The chain had estimated 2012 systemwide sales of $113.5 million, a 13.5-percent increase from the preceding year. It ended 2012 with an estimated 90 company and 12 franchised units, an increase of 8.5 percent from a total of 94 locations at the end of 2011, according to NRN Top 200 research.

First Watch said it now has 137 units in 16 states under the two brands.