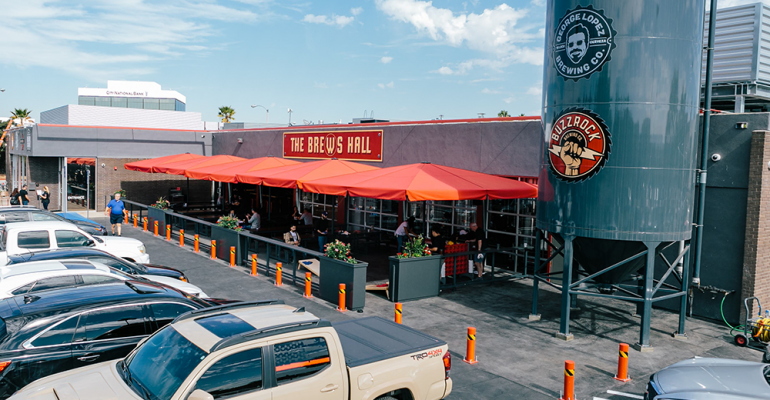 The partners behind Rock & Brews double down with brewery-centric concept

Two partners behind the Rock & Brews casual-dining chain are expanding their rock-and-roll-restaurant empire with a new brewery and food hall designed for growth.

Buzzrock Brewing Co. will produce a line of beer tailored to specific music groups, though they can’t say yet which. Separately, the brewery has developed a beer for the band Def Leppard, for example, which was a hybrid English/California IPA offered on the group’s tours.

The Brews Hall will also be home to the George Lopez Brewing Co., in partnership with the comedian, which will produce the Ta Loco Cerveza brand. This line will be known for incorporating “crazy flavors,” like a horchata stout or a paloma IPA. 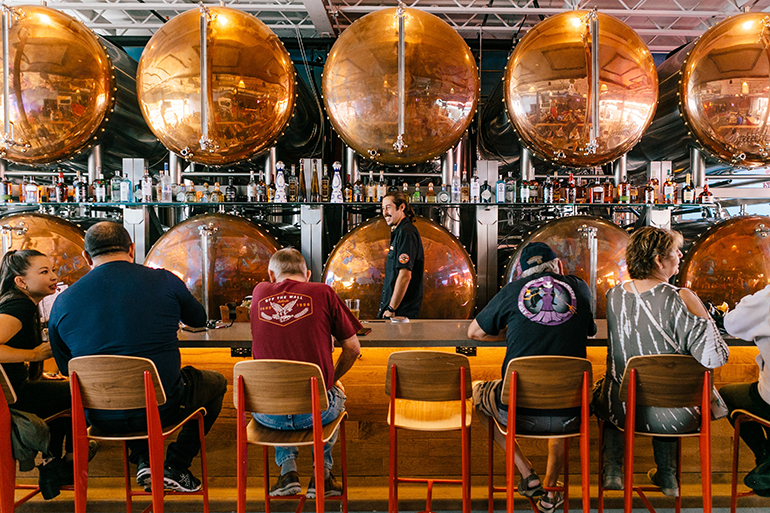 Partners behind The Brews Hall include Michael Zislis, a Los Angeles-area restaurateur and hotelier known for concepts like the 20-unit Rock & Brews chain, The Strand House, Rock’N Fish and Brewco (which replaced the now-defunct Manhattan Beach Brewing).

He’s joined in the new brewery by his brother David Zislis, as well as Rock & Brews co-founder Dave Furano, a former concert tour promoter who has a long history in the music and merchandising world.

Zislis and Furano are known for their ability to bridge the gap between the entertainment world and restaurants — Gene Simmons, frontman of the group KISS, is also co-founder of Rock & Brews, for example.

That blend continues at the Brews Hall, which will include the food outlets:

What makes this food hall different, Zislis said, is the focus on making efficient use of the 11,900-square-foot former Goodyear tire center, with a 3,000-square-foot patio.

“I really love food halls,” Zislis said. “But the problem I’ve seen in food halls is a lot of redundancy of labor. You need a fry guy in each one and a grill guy in each one. And then also you have different licensors, or tenants. And, as we know in the restaurant business, some tenants are really good and some not that good.

“So we thought, hey, let’s do a food hall and try to share some of that labor and purchasing power, and control all the brands through a centralized management standard,” he continued.

Food is prepared in a central kitchen at the brew hall, so there might be multiple fryers specific to each brand — one fryer for the chicken sandwiches at Chicken T.W.I.L.I. and another for the tortillas at Chingon Kitchen, for example — but one person will man those fryers to save on labor.

The brewery will not only serve the food hall, offering 12 freshly made beers on tap, it will also produce beer for Rock & Brews and Zislis’ other restaurants, and Ta Loco will serve Lopez’s other locations.

So far, The Brews Hall is doing about 60% of sales in food and non-alcoholic drinks, 30% is beer and 10% is specialty cocktails. The average check among the four food brands is $17.86.

Zislis has sights set on casinos, in particular.

He predicted casino operators will move away from the traditional money-losing buffets and instead develop food halls, which give guests plenty of options with a more efficient operation.

Diners who come for the all-you-can-eat aspect could be sold one-price passes for the food halls, he said. And Native American-run casinos offer the benefit of tax exemption, he added. “It’s starting to make sense for them to build their own breweries.”

Fundamentally, the demand for freshly brewed beer has taken off, said Furano. “Now you hear in the fanciest restaurants, ‘What do you have that’s local on tap?’”

CORRECTION: This story has been updated to note that Brewco replaced the former Manhattan Beach Brewing Co.