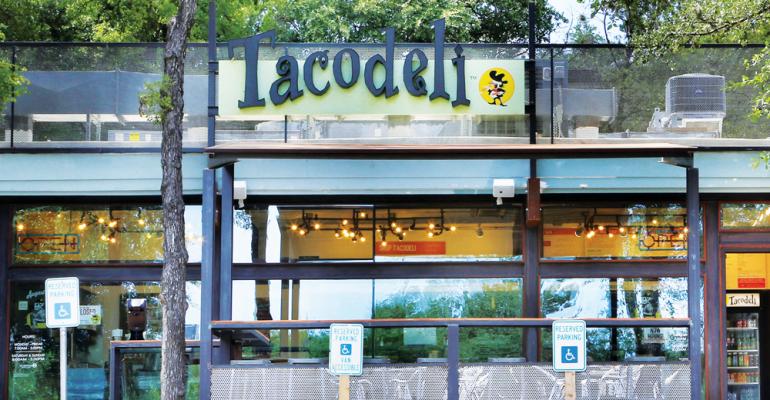 Tacodeli has distilled a creative, Austin, Texas-inspired vibe into a menu of unique tacos that elevate it from the traditional taqueria.

Eric Wilkerson, who co-owns Austin-based Tacodeli Holdings Inc. with founder Roberto Espinosa, said the six-unit, fast-casual concept is built on a team that shares a passion for quality ingredients and building community.

Tacodeli’s seventh unit, which will open in late March, in Houston, is going into a nearly 100-year-old building — think exposed brick and high ceilings. The Dallas location, which opened about a year ago, is in new construction, so the design is more industrial and ecologically sensitive, Wilkerson said.

“We want to have a common thread, so that the guest feels like they are in Tacodeli as they go from store from store, but we don’t want them to be cookie-cutter identical versions,” he said.

The first Tacodeli opened in 1999, in Austin, where the chain has five restaurants.

“We’ve had our heads down with slow growth,” Wilkerson said. “We were growing as our bandwidth allowed us to do that. We don’t want to grow so quickly that it impacts our culture or the quality of the experience for our guests.”

“Guests like consistent service and good food,” Wilkerson said. “If you do that, they’ll keep coming back.”

• Hot culinary niche: Concept taps into growing trend for tacos, along with a wide variety of vegetarian options