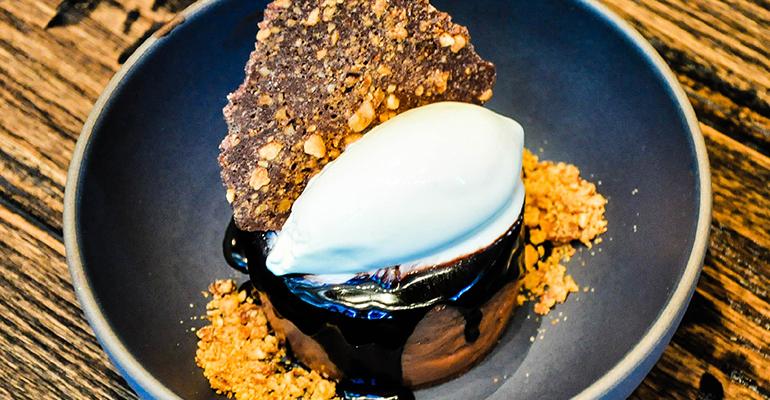 Operators are raising the chocolate bar on dessert menus as they respond to their customers’ growing demand for premium ingredients.

“A lot of people who come into our restaurant just expect to have great flavor [and] richness overall,” said Alisha Ivey, pastry chef at il Solito in Portland, Ore.

Related: Brownies get the global treatment

To meet that expectation, Ivey almost exclusively uses Valhrona chocolate products across her dessert menu, including in her $10 Tiramisu, which is made with dark chocolate with 75% cacao content.

“Valrhona chocolate is very high quality, and there is a lot of thought put into making a product that is consistent and easy to work with,” Ivey said. “Plus, their chocolate lines are fair trade, so it supports ethical sourcing.”

Related: Chefs turn to cakes with many layers

On its web site, Valrhona says it “pursues a policy of direct trade with farmers in accordance with the principles of Fair Trade,” including working to ensure that planters can “develop a long-term business strategy.” 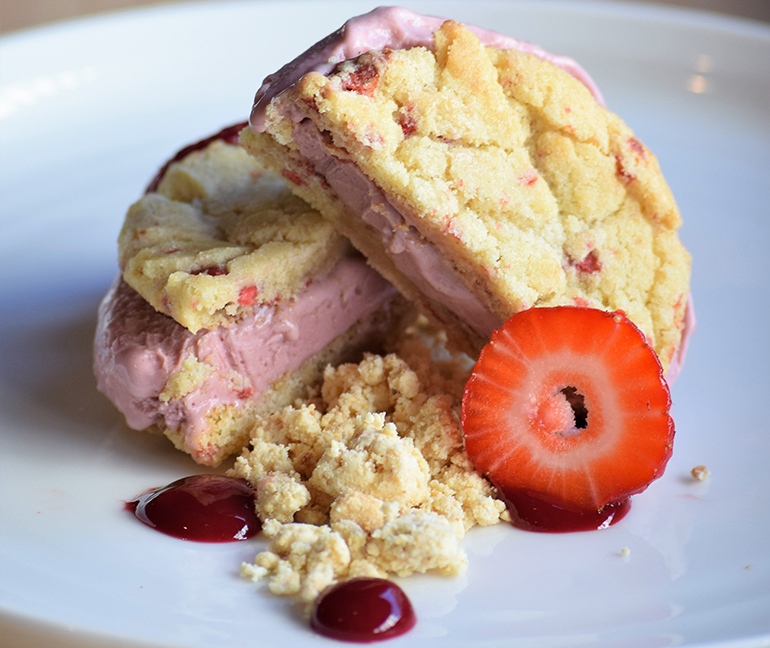 “We take particular care to ensure no children work in the production of our cacao, that there is no forced labor and that all national and international labor regulations are respected,” it says.

Ivey also enjoys experimenting with the supplier’s different flavor varieties, such as strawberry white chocolate, which she used this summer to make strawberry polenta cookies for an ice cream sandwich.

“The strawberry chocolate is made with their premium white chocolate and infused with fresh strawberries to create a vibrant and accurate flavor,” Ivey said. “A cheaper, less expensive chocolate wouldn’t be as good.”

Also a fan of Valrhona is chef Victor Albisu of Poca Madre, a contemporary Mexican restaurant in Washington, D.C. Currently on Albisu’s dessert menu is a $9 Oaxacan Chocolate Mousse made with Valrhona milk chocolate containing 40% cacao mixed with cinnamon-spiked Oaxaca chocolate and served with sesame ice cream and caramelized peanuts.

“The chocolate provides a silky mouthfeel when added to the mousse and allows the flavors and spices of our Oaxacan chocolate to really shine through,” Albisu said.

On the menu since August 2018, the mousse is one of the restaurant’s top-selling desserts. 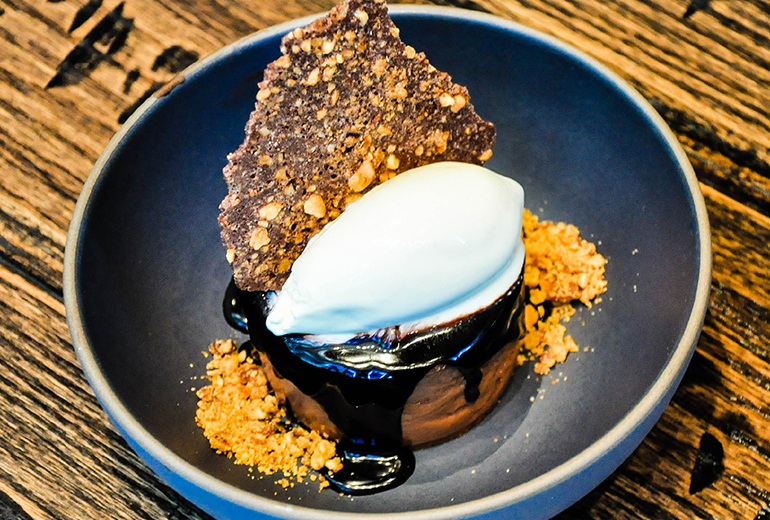 “We like personality, and we also like companies that care about the whole ecosystem that’s involved in producing chocolate,” Rustic Canyon sous chef Nguyen Bui said.

Currently, on Rustic’s dessert menu is a Dandelion Chocolate Budino with mint and apple butter. It’s $11 and is made from Dandelion’s 70% Camino Verde chocolate from Ecuador.

“It’s some of the most chocolatey and flavorful chocolate we’ve ever tasted,” Bui said. “It gives the budino enough character to stand up to the other components such as apple butter and spiced pepitas.”

The secrets to the hot chocolate at Everest, a fine-dining restaurant located on the 40th floor of the Chicago Stock Exchange, are in the prep and the premium ingredients.

Each cup of $12 hot chocolate is made to order with a custom blend of dark chocolate combined with milk that is carefully whipped to just the right consistency. 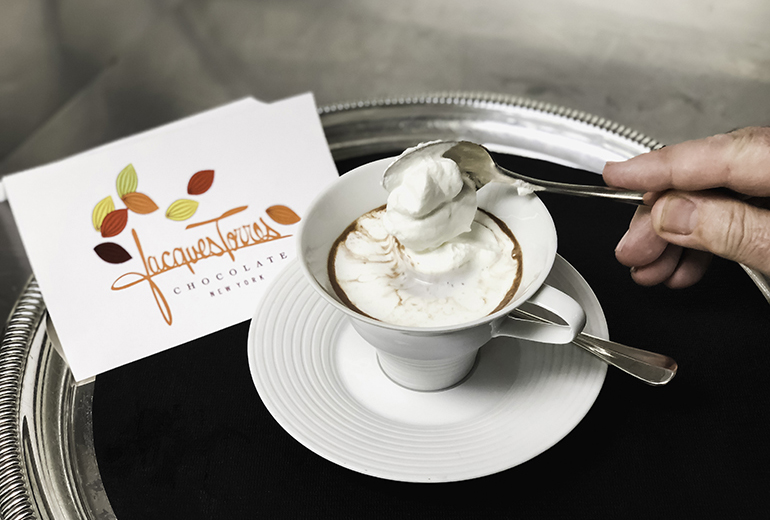 Custom-blended chocolate and carefully whipped milk make for an elevated hot chocolate at Everest in Chicago.

“The Everest hot chocolate is creamier, more flavorful, and has a richer taste than most other hot chocolates,” Everest chef and owner Jean Joho said.

Joho attributes that singular taste to the custom blend of dark chocolate made by his friend and fellow Frenchman Jaques Torres, who is known for his commitment to premium ingredients and quality sourcing.

“Jacques, who is based in NYC, sources his cacao to make his high-end chocolate from a group of small-batch producers, mostly located in the Americas,” Joho said.

Geerson conceived of the dish when he was tasting chocolate on the same day he was making black garlic. His hands still smelled of garlic and that gave him the idea to pair it with chocolate.

The gelato itself is a blend of milk chocolate, black garlic, sugar, salt, whole milk and cocoa powder. According to a restaurant representative, it starts out pungent and garlicky and then the sweetness of the chocolate comes out followed by the banana for a fruity yet garlic-tinged finish.

“This chocolate has good notes of cocoa and hints of raisin and butterscotch, which fits for our fall approach,” said Geerson. “In the winter we tend to use darker chocolates.”