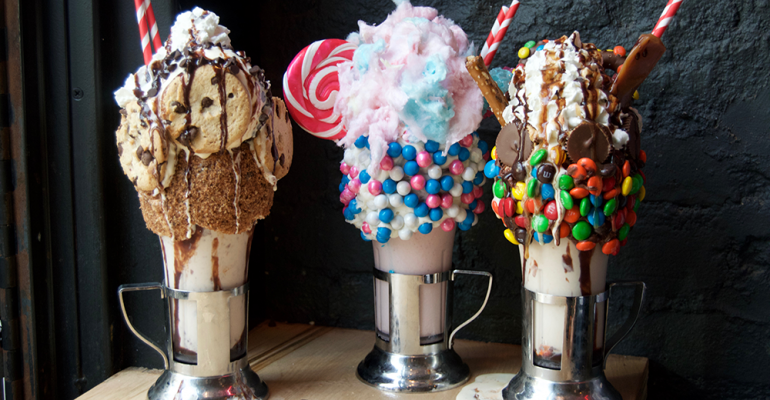 The burger-centric pub, which opened in New York City in March 2015 and became Insta-famous for its social media-worthy milkshakes, currently has 12 locations in New York, Las Vegas, Singapore, Geneva, and the Middle East. Before the end of 2019, the chain plans to nearly double in size with seven to nine more locations, including Downtown Disney in Anaheim, Calif. and another in New York City.

“The plan was always to create an international brand and to bring a little slice of Black Tap around the world,” said Chris Barish, Black Tap’s co-owner. “We’re spending a lot of time making sure that we create an experience that people will want to come back to.”

After Black Tap — with an average size of about 90 to 120 seats — took off in New York and spurred multiple store openings, the burger-and-shake chain’s next target for growth was the Middle East. Although casual restaurant chains expanding to wealthier markets in the Middle East is not unusual, Barish described the growth as “organic.” After opening their first restaurant in Dubai in January 2017, social media buzz generated interest in opening more Black Taps in the surrounding area, including Kuwait and Abu Dhabi. 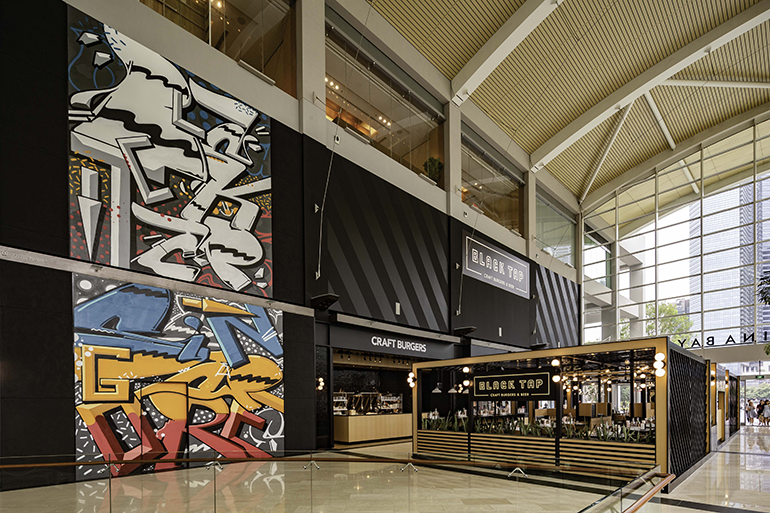 With six Middle East locations in their portfolio, Barish and co-owner Joseph Isidori then shifted attention back to the United States. When the Black Tap’s Las Vegas location opened at the Venetian hotel in December 2017, the brand introduced a version of what Barish called “Black Tap 2.0” with a more interactive restaurant design featuring the Shake Bar, where customers can sit and watch team members construct the larger-than-life shakes topped with whole slices of cake, candy, lollipops and cereal.

Barish said the new design will be featured at Black Tap locations moving forward, including at the forthcoming units at Downtown Disney and in Manhattan, which will be opening in late spring and early summer, respectively. He hinted that the Disneyland location’s menu will pay homage to the studio’s famous movies and characters but declined to divulge further details.

Black Tap’s rapid expansion rate does not seem to be deterred by a legal skirmish last year with the brand’s flagship location — now closed — in New York City.

In June 2018, Black Tap settled a $25 million lawsuit with the franchisees that owned the 14th Street location, who claimed that they had been shut out of profits, according to Eater.

Black Tap confirmed the location was later closed as a result of that settlement. None of the existing restaurants are franchise operated, but the company declined to comment further on the matter.

Abroad, Black Tap will be opening a location in Bahrain during the first quarter, as well as stores in Zurich, Switzerland; and in Brussels, Belgium before the end of 2019.

But as Black Tap’s global reach continues to expand, will the restaurant chain tweak the extra-large American-sized portions and menu offerings?

“Singapore [opened September 2018] was the first Black Tap where we debated a lot about whether we should change the menu, size of the burger, etc.,” Barish said. “We ended up going in with the full Black Tap experience and people have loved it. I always do an 80/20 rule: 80 percent Black Tap, and 20 percent new stuff.”

For example, the restaurant chain added a Cantonese BBQ burger to the menu in Singapore and a truffle burger in Las Vegas.

“We want it to be the Black Tap brand, but we want to do something to recognize the city as well,” he said.

Although small culinary tweaks have been made to each location to accommodate cultural preferences, the bulk of the Black Tap menu remains the same. Burger offerings include the All-American classic cheeseburger, the Texan Burger (pictured) topped with bacon, barbecue sauce, and mayo; and the Pizza Burger topped with tomato sauce and mozzarella, for an average price of $17 per burger at the New York locations.

Salads also cost an average price of $17, and CrazyShakes — themed and piled high with toppings — cost $15 each at the New York locations.

Black Tap might not have been the first to offer overindulgent milkshakes, but they have become most associated with the buzzworthy milkshake dubbed by media as the “freakshake.”

Since Black Tap’s shakes went viral, similarly loaded “freakshakes” have popped up in both chain and independent restaurants around the world. But Barish said he is not worried about the competition.

“Copycats are going to happen, but it always comes back to quality and dedication to ingredients,” Barish said. “Imitators will come and go, but we will always be the home of the CrazyShake.”

Correction Feb. 4, 2019: The spelling of CrazyShakes has been corrected.