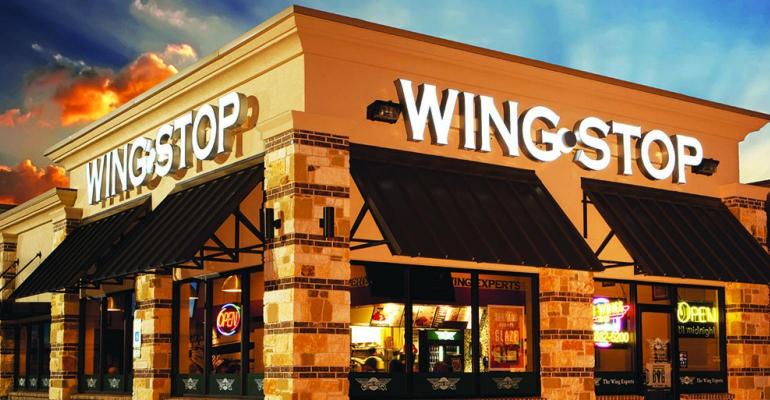 Metric rose 33.4% at U.S. units amid coronavirus restrictions after 9.9% increase in Q1

Wingstop Inc.’s same-store sales increased more than 30% in the first four weeks of April as the chicken-wing brand shifted to off-premise sales and promoted that with a free delivery offer online through DoorDash, executives said Wednesday.

“Prior to the outbreak of COVID-19, digital sales consisted of just over 40% of our sales,” said Charlie Morrison, Wingstop CEO and chairman, on a first-quarter earnings call. “Since closing our dining rooms, digital and delivery orders now account for more than 65% of our sales.”

Internationally, where Wingstop has 160 fast-casual restaurants in nine countries, business has been “adversely” affected by coronavirus, which was declared a pandemic by the World Health Organization on March 11. Of those, 26 are closed temporarily, executives said, but closures systemwide were less than 3% of restaurants.

The international locations are more heavily skewed toward dining-room sales, and the company has provided financial support, such as royalty relief, Morrison said.

Morrison said “uncertainty” remains about shelter-in-place orders and the reopening of business and schools, so the company has recalled any guidance for Wingstop’s performance this year.

While the number of transactions slipped in the last two weeks of March and into April, the digital orders typically produced a check average $5 higher than traditional channels and as much as $10 higher than dine-in transactions, Skipworth said.

Advertising messages in the period pivoted to delivery and placements originally planned for live sports, which were canceled because of the pandemic, to live streaming platforms like Hulu and gaming platforms like Twitch as well as social and paid search, Skipworth said.

Domestic closures were largely in casinos, malls and campuses impacted by state and local restrictions to stem the spread of the coronavirus, Skipworth said.

Among restaurants remaining open, Skipworth said Wingstop is extending full-time and part-time team member incentive pay of as much as $150 per week, which started in March and was intended to end in April, through the end of May.

Morrison said dark kitchens or cloud kitchens remain an option for the brand. Wingstop has a dark kitchen in the United Kingdom, which has reopened there after a coronavirus closure, and “has some planned for here in the U.S.,” Morrison said.

Morrison added that Wingstop has seen innovations during the COVID-19 pandemic, including having members of its construction team conduct a building inspection in in California via smartphone FaceTime video.

But construction and restaurant developments have been slowed, he said.

“We’re doing everything we can to try and get restaurants open,” Morrison said, “but it’s hard. Some municipalities just aren’t working or doing anything so it’s difficult to get them out to sites.” Wingstop opened three restaurants in April, two in the United States and one abroad.