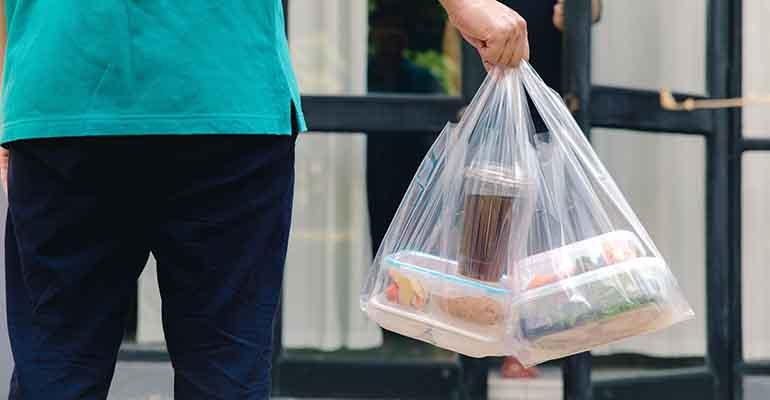 Menu development is responding to changing consumer needs during and because of the COVID-19 pandemic, and restaurants are figuring out which menu items will taste just as good in-house as they will 45 minutes later when the delivery order arrives.

Here are some key insights from that session:

Chipotle Mexican Grill just launched their highly anticipated quesadilla on March 11 as a digital-only item. The item – which is made out of Chipotle’s virtual kitchens on a new custom oven that can make the quesadillas quicker than a traditional tortilla press — is actually a boon to restaurants and can help reduce friction, Nevielle Panthaky said.

“With 2,600 restaurants, installing a new piece of equipment is challenging when you have to retrofit that equipment,” Panthaky said. “We don’t want to slow down our crew members or guests, and want them in and out as quickly as possible.”

This way, with quesadillas only being made at the virtual, non-customer-facing restaurants, they will not slow down the line.

Quality-control can be challenging. Guests will not be happy if their food arrives cold, or if hot items have been placed next to cold items. The new Chipotle quesadilla, for example, is placed in packaging that will keep the cheese melty and hot, while the cold sauces (salsa, guacamole, and sour cream) are placed in three separate insets to avoid temperature transfer.

At Buffalo Wild Wings, they began packaging their wings in much smaller containers to trap in the heat better.

“You also get your food more composed that way rather than sloshing it around,” Jamie Carawan said.

At Popeyes, Amy Alarcon and her team realized that figuring out how to keep fried food crisp and not soggy required a lot of testing. She said that in central location testing, they’d hold the product for 30-40 minutes to test it and see if it still tasted the same in packaging for that amount of time.

“We want to know that the end product that gets delivered is accessible and still tastes the same for the drive-thru or delivery customer,” Alarcon said.

During the pandemic, many menu development teams played around with LTOs and found that the public would be willing to spend a little bit more on a unique, more premium item. Buffalo Wild Wings for example, began offering a Truffalo sauce, made with white truffles. They add a dollar charge for the sauce which can be added to wings, tots, fried or sandwiches.

The expense on their end, however is not as premium as one might think:

“We’ve worked for two years on these platforms to improve the menu, and the training is almost exactly the same, we just vary the ingredients,” Carawan said. “The truffle sauce was new, but we only had to bring in the one new ingredient, which is mindful from an operations standpoint.”

Upselling with beverages is a challenge

All three speakers agreed that one of the most challenging parts of the delivery-focused industry is that customers are less likely to order soft drinks with their food, since they might have drinks at home.

At Popeyes, they are trying to “steer guests toward the gallon or half-gallon beverage program,” Alarcon said, which tends to work better for non-carbonated beverages.

“It’s a delicious product and 5% of proceeds go to farmers,” Panthaky said.

For those who missed it, this session is available on-demand for all registrants via the Nation’s Restaurant News CREATE platform.