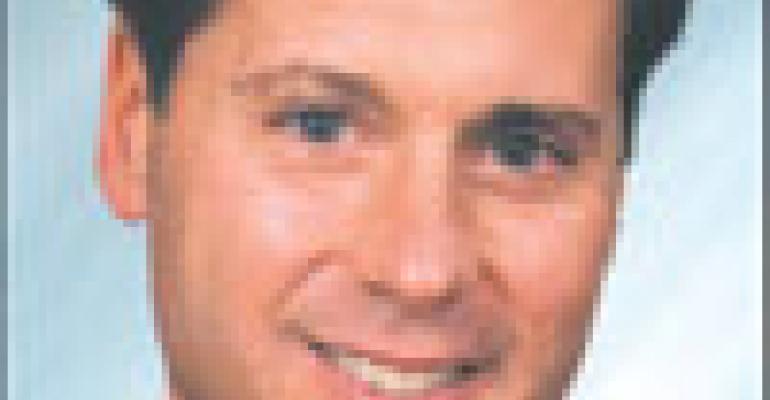 Tight supply fundamentals continue to put upward pressure on oil prices. The Energy Information Administration said U.S. crude stockpiles have fallen 10 percent since the end of June. Inventories normally dip in the summer, peak driving season, and recover in the fall. But so far this year, there has been no sign of a seasonal supply increase.

As a result, winter is a particular challenge. The New York spot price for heating oil hit $2.60 per gallon in early November, roughly a dollar more per gallon than a year ago. With U.S. temperatures forecast to be 4 percent lower this winter, heating costs likely will be dramatically higher than last year. Hardest hit will be the Northeast, which consumes 76 percent of the nation’s heating oil. Last winter, 1.5 million low-income families in New England needed assistance to pay their heating bills. That number could jump to 2 million this winter. In addition, hundreds of small, heating-oil dealers, who sold consumers and restaurants unhedged, fixed-price winter contracts, could face bankruptcy. If those dealers go under, the logistics of getting heating oil to consumers may prove to be a challenge at any price.

Global energy dynamics are not promising. Even if the United States can lessen its dependency on oil, the effect may be offset by developing economies overseas that are increasing theirs. Over the past five years, Chinese oil consumption has grown at an 8.7-percent annual rate, compared with world growth of 1.5 percent. China’s usage of 7.6 million barrels per day now represents 9 percent of world oil output. Oil usage is also booming in the rapidly developing economies of South America and India.

Crude oil at $100 per barrel looks like an ongoing reality, placing a huge burden on consumers, restaurateurs and the U.S. economy.

Beef—The United States Department of Agriculture’s October cattle report put a potentially bearish spin on 2008 cattle prices. September feedlot placements were up a larger-than-expected 9 percent from a year ago and have begun to reverse declines of 17 percent this past summer. Pasture conditions have recovered and were nearly ideal for fall. It now appears that producers held back feeders on pasture for as long as possible to avoid high feedlot costs. A combination of heavier weights and increasing placements will contribute to a 1-percent jump in fourth-quarter beef output and as much as a 4-percent increase for the first quarter of 2008. While adverse winter weather always has the potential to limit supplies, as it did last year, for now it looks like beef supplies will be on the heavy side in early 2008.

Coffee—Futures prices, which soared to $1.40 in October, have tumbled back to the low $1.20s. Brazilian precipitation, or lack of it, has been the key price driver during flowering and pollination season. The USDA has estimated 2007-08 world ending stocks at 16.8 million bags, the lowest since 1961. But relief won’t be too far down the road. In 2008-09, Brazil is expected to yield a bumper crop in the range of 55 million to 60 million bags.

Dairy—Third-quarter milk output jumped 3.2 percent, well above expected levels. High milk prices overcame high feed prices. In 2008, ample butterfat will help moderate butter and ice cream prices. However, any low-fat dairy product requiring nonfat or skim solids is looking at another year of high prices. Block cheese markets are historically high at above $2, but should correct before year’s end. Exports and seasonally increasing demand ahead of Thanksgiving and Christmas should keep butter well supported in the upper-$1.30s in November and December. The USDA is projecting block and butter prices at $1.65 per pound and $1.36 per pound in 2008, respectively, down from $1.73 and $1.38 in 2007.

Grain—Expectations that sky-high wheat and soybean prices would begin to discourage usage and draw acres previously earmarked for corn were evident in the USDA’s November Supply & Demand report. The USDA cut 2007-08 U.S. corn production and reduced U.S. ending stocks. Globally, domestic corn reductions were offset by increases in China, Ethiopia, the European Union, India and Ukraine. Ethanol production and strong exports look to keep corn close to the $4 range in 2008.

The USDA raised projections of 2007-08 global wheat output by 2.8 million tons, reflecting higher output in Argentina, China and Ethiopia. But 2007-08 wheat ending stocks in the United States will still be the lowest since 1948-49, and world wheat stocks the lowest total since 1975-76. Wheat futures remain sky-high near $7.60, but are well below the $9.52 high set on Oct. 1.

Oil—Soybean oil futures surged to 45 cents on Nov. 9, up 6 cents from a month earlier. Exports have perked up with China as a major buyer. In addition to soy oil, China is importing about 13 percent of all the soybeans grown in the United States for feed. With soybean prices in excess of $10 per bushel, expect some acreage now earmarked for corn to shift back to soybeans in 2008. That could give us some chance for some post-harvest price relief late next year.

Pork—With the U.S. hog population at 3 percent above a year ago and record-large, live hog imports coming in from Canada, fourth-quarter pork output will be up 5 percent from a year ago. As a result, pre-Thanksgiving ham market prices were running 10 cents to 20 cents per pound below a year ago and are roughly a dime below expected levels. Pork belly prices, in the mid-70-cent range in early November, were at a seasonal low and should move back above 80 cents by January. China is the biggest wild card in the pork forecast for 2008. Half of the world’s hogs now live in China and domestic production is still not enough to meet demand. The fourth-quarter U.S. pork export forecast was raised by 60 million pounds following the announcement of a sales agreement with China to take place by December.

Poultry—Since March, egg sets are running 2.5 percent above a year ago and chicks placed for growout are up 2.1 percent. As a result, broiler output approached 35.7 billion pounds for all of 2007, just slightly below last year’s record level. Higher feed and energy costs will keep future supply increases tame. The USDA projects 2008 output at 2.3 percent higher than in 2007. Boneless skinless breast prices plummeted by 45 cents per pound in September and October. Look for boneless skinless breasts in the mid-to-upper $1.20s through February. Turkey output is projected to rise a 3.4 percent for the year in 2007. Even so, 16 pounds to 22 pound frozen toms could touch last year’s record of $1.02 pre-Thanksgiving. Toms look to average 95 cents for the fourth quarter of 2007, about 6 cents per pound above last year.