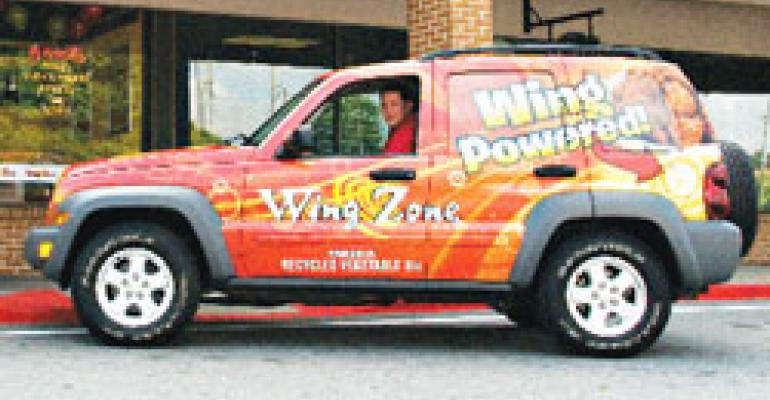 Striking oil: Wing Zone fuels up on its own recycled grease

ATLANTA The restaurant industry has been a champion of turning used fryer oil into biodiesel fuel. Some operations, particularly those that self-distribute or offer delivery service, have taken the additional “green” step of using the recovered oil to fuel their own vehicles. What kind of investment do they face, and what sort of return can they expect? Matt Friedman shares the dollars-and-cents experiences of his 100-unit Wing Zone chain.

Tell us a bit about your chain's oil recycling program.

We're excited about it; it's pretty cool. Obviously we go through a substantial amount of cooking oil. We thought about ways not only to recycle and shave costs but also be more profitable. We ended up doing some research; a lot of independents are [recycling their oil], but not restaurant chain concepts. We came across a company in here in Georgia that converts diesel vehicles into cars that use vegetable oil. We decided to do a [profit and loss] model on it -- because we're a 100-plus-franchise system. We said, 'Lets try this with at least one vehicle,' so on July 1 we rolled out the first car at a company-owned store in Atlanta. It's been in operation for about six weeks and is a tremendous success. The financial model is even better than we thought; we're using the vehicle so much more than we thought. It's on the road every day of the week.

Why did you decide to convert your cooking oil to fuel?

We have a tremendous amount of product to put in the car. A typical restaurant goes through 30 to 50 gallons of oil per week, and at roughly 20 miles per gallon, which is what we're getting, this allows us to drive between 600 and 1,000 miles per week. Initially we calculated that the vehicle could pay for itself in roughly 12 to 18 months, but we've revised that to six months. Of course capital investment must be made. You must have a diesel vehicle and then convert it to run on vegetable oil. It costs about $4,000 to do that above and beyond the cost of the vehicle, but we feel that the bottom line profit will be around $8,000 a year per vehicle.

How did you determine the cars' projected savings?

We looked at how much we were spending on gas. The average store is spending approximately $20,000 a year on gas and if we really break it down, that's between three and five vehicles per location. Really, it's a bottom line savings that comes right off the P&L.

How does the process work?

The oil is actually converted at the restaurant after it is past its life. It then goes through a simple filtration process and is put into a storage container where we have two 55-gallon drums that are used to store the oil. From there it goes directly into the vehicles.

So what happens next?

Right now we have two more vehicles that we're putting into our company stores. It doesn't have to be [the same kind of] car; one can be a truck and the other can be a car. The first vehicle we did was a Jeep Liberty. We've got three franchisees that have signed on to [use the vehicles] at their restaurants. It's hopefully going to catch on through our whole system. Once it does, we hope we can have all 100 stores using them.

Why commit to this particular eco-friendly initiative instead of any others?

We've done some minor things -- some packaging and utility things. Most restaurant concepts are looking at and implementing them. This is much larger in scale and the financial benefits are massive. Recycled packaging is good for the environment, but I don't know if there's a financial win on that side. Not only did we take a product that had no value at times, we were paying for this product to be removed. And it had to be discarded properly. And at Wing Zone, delivery is a big part of our business; about 50 to 60 percent [of the business is] delivery.

How does it drive?

It's a fun vehicle. The car does need to have diesel [fuel] in the car to start because it has a diesel tank. But after running it for about 60 seconds, you flip a switch and it operates on vegetable oil. It drives just like a normal car. I can have it going 80 miles an hour down the highway. If I never told you it was running on recycled vegetable oil you would not know difference -- except for one funny thing: it gives off a French fried chicken wing odor. But that's just outside the car; it's fine inside.