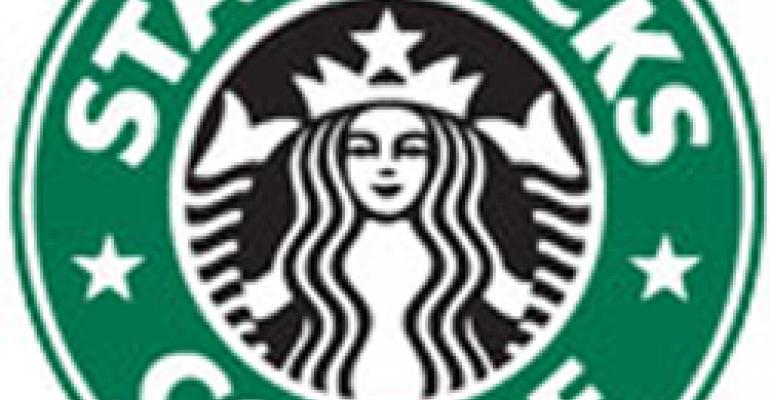 Total revenue reached a record $3 billion, up 7 percent from the 14-week quarter last year, or up 15 percent compared on a 13-week basis.

Domestic locations fared even better. In the United States, same-store sales rose 10 percent on a 7-percent increase in transactions and another 3-percent jump in average check.

International locations reported same-store sales growth of 6 percent on a 5-percent increase in traffic. Revenue was up 16 percent to $717.9 million, partly due to the favorable impact of currency exchange.

For the full fiscal year, earnings increased 31 percent to $1.62 per share, compared with $1.24 per share last year, the company said.

The company said total net revenue for the year was a record $11.7 billion, up 9 percent from the 53-week 2010 fiscal year. Same-store sales increased 8 percent on a 52-week basis, driven by a 6-percent hike in traffic and 2-percent increase in average ticket.

“Fiscal 2011 was an extraordinary year in which Starbucks reported record earnings every quarter, and for the full year, and very strong comp-store sales growth all around the world,” said Howard Schultz, Starbucks chairman, president and chief executive. “Starbucks today is executing in all markets and across all channels, and we have never been better positioned to go hard and go fast after the tremendous opportunity that lies ahead in 2012 and beyond.”

Updating plans for 2012, the company said it will continue to accelerate growth with the opening of about 800 new units around the world, about 400 of which will be in the Americas. About half of those will be licensed.

Starbucks is aiming for mid-single-digit same-store sales growth next year.

Commodity costs, however, will continue to pressure margins, and affect earnings next year by about 21 cents per share. Of that, about 18 cents per share will occur in the first half of 2012.

Seattle-based Starbucks Corp. ended the year with 17,003 locations, including 10,787 in the United States and 6,216 internationally.