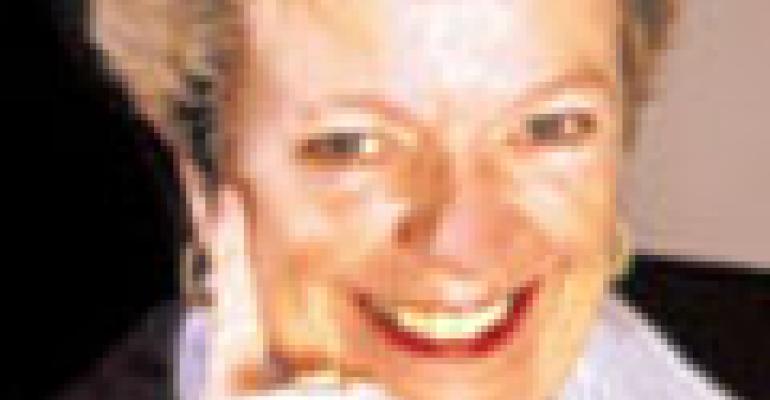 However, in the competitive arena that distribution has become today, these are just table stakes. If you don’t bring this minimum “to the table,” you aren’t even in the game. Excellence is like market position: It’s defined by how others in the industry perceive your business. Your company can strive for excellence, but outsiders judge the result.

An industry’s definition of excellence is helped when awards reward certain criteria. This is the case with the awards program that I co-founded with the International Foodservice Manufacturers Association, or IFMA, to establish last year. Kudos to IFMA for embracing this program and bestowing the second round at the IFMA/IFDA Presidents Conference last fall. The three companies that received the awards can be models for what defines excellence in distribution.

There are three different awards: Excellence in Distribution, Distributor Sales & Marketing Performance and Distinguished Industry Achievement. I plan to feature each winning company over the coming year as they not only serve as models for industry performance but also have interesting stories that reflect the history of the industry, which is one of entrepreneurship and family business acumen.

Fox River Foods of Montgomery, Ill., won the IFMA Excellence in Distribution Award. The panel of judges weighed the company’s leadership record, how it ranked on customer and supplier relations, and how it measured up in terms of contributions to the industry and their community. The company is a $250 million business that focuses on acting like a smaller, local business to its many customers and is lauded for its customer-centric practices. While Fox River maintains a small-business image, it has sophisticated logistics and technology. It operates out of a single distribution center and serves customers in six states surrounding Illinois.

Fort Worth, Texas-based Ben E. Keith Foods received the IFMA Distributor Sales & Marketing Performance Award. All six of its distribution centers have reputations for clever and successful marketing programs. They have won many IFDA Value-Ad Marketing Awards over the years. Ben E. Keith’s more than 500 sales reps are supported with tools to help them serve customers better and a training program called Keith IQ. The company’s marketing and sales support efforts really are working: It has had double-digit growth for ten years and reported 2007 revenues of $1.6 billion, making it the ninth-largest distributor in the United States.

The IFMA Distinguished Industry Achievement Award recognizes an individual who has proven to be a trailblazer in management, marketing and operations, and has brought about positive change in the industry over the years. Carolyn Doerle, managing director and chief executive of Doerle Food Services in Broussard, La., was honored this year. Doerle left a nursing career to join her father’s distributorship in 1980. Since that time she has guided the company. During her tenure she grew the business from $40 million in 2003, the year she took over top management, to $230 million last year. Doerle was on the IFDA board of directors for 16 years. During her stint as chair, she worked long and hard to help IFDA achieve independence from its former retail counterpart so that it could focus more strongly on foodservice.

If you consider these three companies, the factors for excellence boil down to the treatment of people. Enlightened management creates a dynamic business environment that has strong relations with suppliers, supports its employees with training and sophisticated tools, and maintains superlative customer service. Excellent companies extend this ethic to the community and to the industry at large whenever possible. It’s often said that foodservice is a people business, so it follows that excellence would be defined by how a company rates as being people-centric. Congratulations to these three award winners for their recognized, excellent performance.