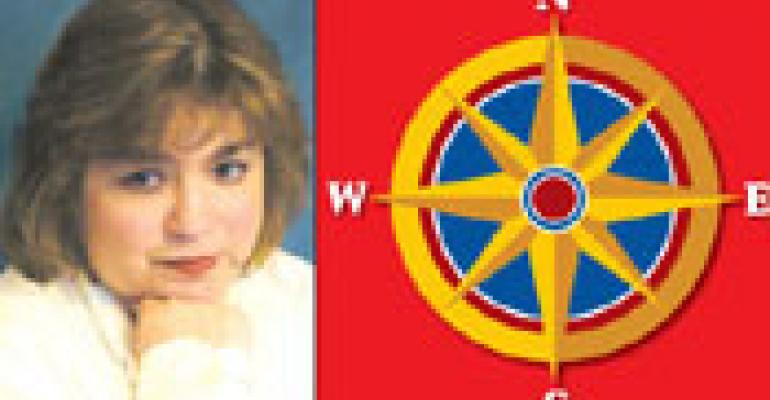 Recently, I received some important sex education. It wasn’t what you might think, but I’ve got to tell you, it was—dare I say it—titillating nevertheless.

I’m usually not the type to kiss and tell, but what I learned ultimately may save you some bucks if ever you find yourself on the wrong end of a harassment suit.

Perusing the panel discussions during the International Hotel/Motel & Restaurant Show in New York, I found myself seated at a seminar called “Sex and Restaurants” and wondered exactly what I was in for. Sure, we all know that a restaurant experience often is the appetizer to what may be a great entrée of romantic delights, but did you also know that the restaurant industry is responsible for the most sexual harassment suits filed in the United States?

At least that’s what labor attorney Theresa Holland, one of the panelists, said. She also said that approximately $48 million exchanged hands through sexual harassment settlements in 2006 alone.

That’s a lot of cash.

“In the restaurant business, [sexual harassment suits are] highly visible and some of those claims are bound to hit the headlines,” she mused. So what’s the best way to ward off the possibility of a claim? Of course, manager training is a given, but the first thing, Holland said, is “when you [receive] a complaint, act on it immediately.”

“The most important thing is to have a process in place for handling sexual tension and harassment claims,” he said. “If I do a good job of listening and documenting, that’s usually what [the employees] want: just to be heard.”

Maynard-Parisi said he is surprised at how few harassment claims he’s seen at Blue Smoke given that the average age of his employees is 23. Still, he said, he’s had “several instances where we had to transfer people who fell in love with their boss—there were three instances of that in five years and two of those ended up in marriage.”

Holland further stated that “more often than not it’s the employees with troubled performance histories, the ones about to be fired,” who are most prone to pursuing claims.

Another thing to remember, she said, is that it’s not just employees you have to be careful about. Guests can wreak all kinds of havoc, too. “[Restaurant] owners are responsible for harassment of employees by guests,” she emphasized.

Holland also noted that the merriment of the holiday season too often leads to a spike in harassment claims.

“The holiday party generates lots of business for law firms,” she said. So if you’re planning to host some festivities for your crew, Holland offers this priceless educational advice: “Put everyone in cabs when they’re getting ready to leave.