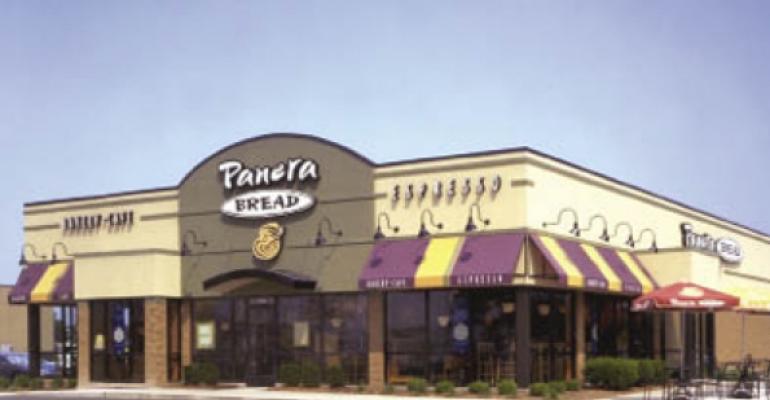 Company executives spoke with analysts after reporting Tuesday that profit increased 5.8 percent in the fourth quarter after special charges.

In the coming months, Panera plans to offer more table-delivery units in what has been a predominantly fast-casual service model.

“We now have table delivery in 132 company bakery-cafés and 214 across our system,” said William W. Moreton, Panera’s chief executive and president. “We continue to believe this is the right way to position our concept to deliver the type of customer experience we are striving for.”

Moreton emphasized that table service is designed to position Panera competitively. “We think it’s very consistent with the rest of the Panera experience we’re trying to provide,” he said, adding that it increases consumer scores in friendliness. “You’ll see this evolve and unfold.”

During the company’s earnings call with investors, executives also discussed:

Same-store sales: The company expects a 7-percent to 7.5-percent increase in same-store sales for the year. In the fourth quarter, Panera reported that same-store sales had increased 5.9 percent in the quarter at company-owned restaurants and 3.2 percent at franchised units. “So far in 2012, our first-quarter to-date company comparable-store sales are up 8.9 percent,” Moreton said.

New products: A Mediterranean egg white breakfast sandwich rolled out this year, and Moreton said it has “been performing very well.” A new roasted turkey-cranberry panini, which was tested in the Chicago market in the fourth quarter, will be introduced later this year. Panera debuted sandwich grills in the second quarter of 2011, he said, and panini sales have increased 16 percent since then. Hot breakfast-sandwich sales increased 15 percent in 2011.

Marketing: Panera plans to increase advertising spending again this year. “We continue to be early-on in our advertising journey and spend relatively less money on advertising than most of our national competitors,” Moreton said.

Panera increased its advertising spending 32 percent in 2011 over 2010 levels, reflecting an increase to 1.3 percent of systemwide sales from 1.1 percent. “In 2012, we intend to increase our advertising spending by 26 percent over 2011 levels and go from 1.3 percent to 1.5 percent of sales,” Moreton said. Panera gets more than $1 of profit from each $1 of spending, he added. The brand plans to run its first national cable television ad at the end of the first quarter.

Loyalty program: The “My Panera” loyalty program, introduced in 2010, has grown to 9.5 million members. “Now we truly are moving to one-to-one marketing,” Moreton said. Each member will have an individual program based on buying patterns, Moreton said, with tailored rewards.

Urban units: The company plans to take advantage of urban real estate as reasonable opportunities arise, executives said. Panera opened its 1,500th restaurant in New York this month. “Our entry into Manhattan is building upon the success that we’ve had with our urban openings in Washington, D.C., Boston and Chicago,” Moreton said. Two more Panera units will be opening in Manhattan this spring.

Commodity inflation: The fourth quarter saw the highest inflation point of the year, at about 4.7 percent, said Jeffrey Kip, who will depart as Panera’s chief financial officer on March 15. In the first quarter of this year, he added, “We expect a little more modest unfavorability as we continue to roll through some of the higher-inflation items.” For the year, he said, the inflation should be “modestly favorable,” with a total inflation expectations of 2.75 percent in 2012.