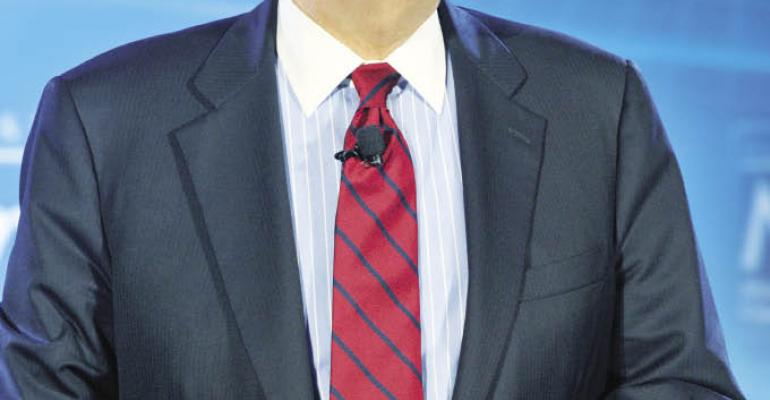 The restaurant industry can expect the economic landscape for 2011 to look much as it did in 2010, dominated by stagnant consumer spending, rising costs of operations and the need to create value for customers.

“The mantra of the economy, just like the mantra of a pit master, will be ‘low and slow’ — we will have low economic growth and very slow job recovery,” said Malcolm Knapp, president and founder of Malcolm M. Knapp Inc., a New York-based market research and consulting firm that provides the well-known Knapp-Track sales database.

Riehle gave an outlook for the U.S. economy focused on the factors driving the restaurant industry, including employment, consumer confidence and spending. He said the unemployment rate, at 9.6 percent nationwide, would not drop to rates that signify growth until 2012 or later. Personal income growth, which can help drive consumer spending, would rise at slower rates compared with years earlier, and the U.S. gross domestic product would increase slightly, after it had dropped in 2009. Total restaurant sales are starting to trend in the right direction after two years of decline or flat performance, but not quickly.

On the cost side, Barone confirmed that wheat, corn, protein, dairy and fuel futures prices each are trending upward and will continue to move upward into 2011. Barone’s Fairfield, N.J.-based Market Vision regularly monitors commodity fluctuations based on the latest Chicago Board of Trade and Federal Department of Agriculture data, and he said these projections were as of September. Many commodity costs have risen by more than 10 percent this year, although those increases follow large decreases in 2009. Nevertheless, restaurant operators should not expect to benefit from decreased costs or a stable commodity environment as they had in the past.

“A high cost base is here to stay,” Barone said. “[Restaurant operators] will need to plan business around dealing with higher costs.”

The panelists told restaurateurs to focus on operations, provide value to customers, and drive brand innovation despite the difficult economic environment that is driving up operating costs and keeping consumers from spending on dining out.

“In a tough time, which we are in and will be in for quite a while, the [brands] that have better operations, better value propositions … will have disproportionate results,” Knapp said.

She noted that the fast-casual segment has seen the greatest gain in market share from 2002 through 2010, grabbing 1.5 points, mainly at the expense of full-service restaurants, which as a group lost 3.2 points. The segment’s customer satisfaction levels also have grown — nearly matching those of casual dining — because of fast casual’s faster service, convenient locations and customization of food options, according to a July NPD survey.

The trend data would support latest moves from family- and casual-dining players that recently have begun to test fast-casual operations, like Denny’s, IHOP, Friendly’s and Uno Chicago Grill.

As for the morning daypart opportunities, breakfast continues to be a sales builder, while traffic at lunch and dinner lags. The per capita number of annual take-out breakfasts has risen from seven in 1984 to 22 in 2009. And there is room for more, Schmal said.

“Three-fourths of all breakfast is still eaten at home … so there is a tremendous opportunity,” she noted.

Other menu drivers today include burgers — not only a growth segment but also a menu must-have — and beverages of all kinds. Examples of success on those fronts include the staggering growth rate of Five Guys Burgers and Fries and the popularity of beverage programs like McCafé coffees at McDonald’s.

Finally, Schmal noted the continued need for customer value. Consumers that dine out say they still are driven by deals, and restaurant traffic based on deals rose 2 percent in April, May and June, while non-deal traffic fell 2 percent in those same three months, NPD reported.

“Value is key right now and continues to be key as consumers continue to be concerned about spending money,” Schmal said.

With the industry and macro-economy facing a slow recovery, restaurant operators need to focus on how to steal share of the consumer dining dollar. There is no more rising tide, the panelists concurred.

“There will be winners and losers,” Schmal said. “Americans are making choices more carefully. As consumers are scrutinizing every spend, how do you stand out?”