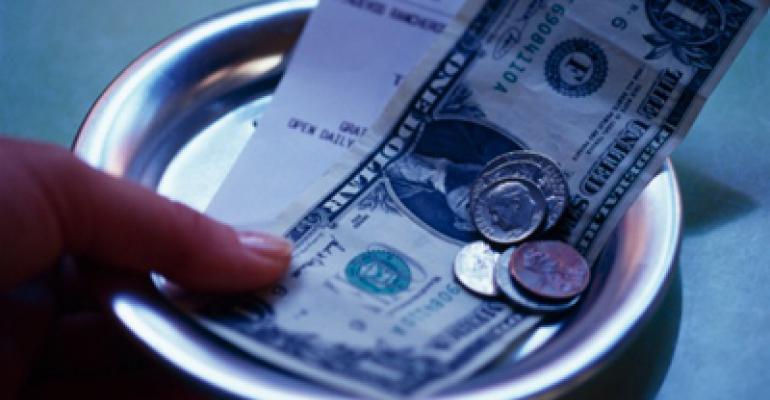 The Great Recession officially has been over since June 2009, but the effects of that downturn and the slow economic recovery have altered the dining-out habits of consumers — even affluent, optimistic ones — for years to come, The NPD Group said.

The market research firm’s recently released report, “The Changing Consumer Mind-set: What it Means to the Restaurant Industry,” found that following the recession that began in 2007, restaurant customers now are divided into two groups: those who can spend freely and a much greater number of those who cannot.

The NPD Group’s study found that 76 percent of survey respondents qualify as cautious, controlled spenders who say they still are visiting fewer restaurants, trading down from more expensive operations and foodservice segments, and ordering fewer items at each meal. These consumers told NPD researchers that they would be less restrictive with their restaurant spending when the economy improves, but they don’t think that will happen any time soon.

On the other hand, 24 percent of participants report being significantly less affected by the recession and have cut back less on their dining out, the study found. Yet, while respondents in this group did not pare back total restaurant visits as much as the controlled spenders did, they have traded down from pricier restaurant segments since 2007, NPD reported.

“There is considerable disparity between the views of optimists and controlled spenders regarding enticement to visit restaurants more often,” said Bonnie Riggs, NPD’s restaurant industry analyst and the author of the report. “Optimists place much more importance on service and a relaxing atmosphere than controlled spenders, who are more concerned with price and value.”

Restaurant brands across several segments seem to be acknowledging the presence of the two mind-sets. Aggressive discounting has taken the form of value menus in quick-service — bundled dinners priced around $20 and express-lunch offers in the casual dining sector, and $10 large-pizza offers and similar deals in the pizza category.

NPD’s CREST service had found a slow recovery taking place in the foodservice industry, as total industry traffic remained flat for the 12 months ended in February 2011, compared with the 3-percent decline in the year-earlier period. The research firm’s “A Look into the Future of Foodservice” report forecasts industry growth of less than 1 percent a year through 2019.

“Recovery and growth for the restaurant industry will mean understanding the shift in consumer behavior and realigning strategies with what may be the new normal,” Riggs said. “Rather than age largely defining frequency and type of restaurant visited, lingering effects of prolonged unemployment and loss of wealth by many will carry forward in years to come, regardless of age.”