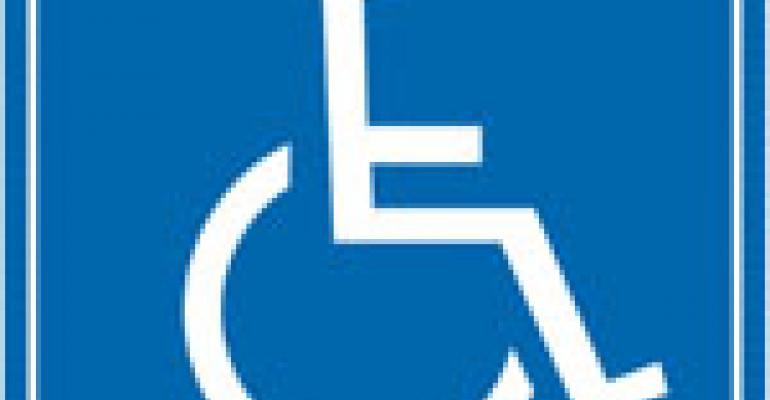 While plans to shore up the nation’s economy take center stage this election season, a cadre of other issues remain in the restaurant industry’s sights as a new administration takes the White House. Among the evergreen issues that the industry continues to push with Congressional leadership are changes to tax laws that save small businesses money, acts that eliminate the possibility of frivolous lawsuits and the rethinking of food-to-fuel mandates.

Below is a list of some of the industry’s bread-and-butter concerns for the years ahead:

• Americans with Disabilities Act, or ADA: On Sept. 25, President George W. Bush signed into law the ADA Amendments Act of 2008, which expands the definition of persons with disabilities and their protections, but also works to protect small businesses from unintended consequences of the law, such as lawsuits.

Before Bush signed the law into effect, both the National Restaurant Association and the International Franchise Association had worked to defeat an earlier version that would have both widened the net of qualifying persons with disabilities and removed requirements that an individual demonstrate that he or she is qualified for the job.

The most recent changes to the original 1990 ADA garnered the support of both industry associations even though the changes might require employers to alter tactics related to the employment and protections of persons with disabilities and could increase certain costs. Because the act specified more clearly what constitutes a disability—“a physical or mental impairment that substantially limits a major life activity”—and provides less room for legal interpretation, sources say, it would protect employers from unfounded lawsuits. Through these amendments, courts have been instructed to interpret the definition of disabilities as intended by the new congressional bill, both the NRA and the IFA say. The new law takes effect Jan. 1, 2009.

“While not a perfect bill, the agreement between the business and disability communities represents a vast improvement,” according to the NRA.

• Business meal deductibility: Even with Wall Street’s jitters, small businesses up and down Main Street are likely to continue to use restaurants as pseudo conference rooms to seal deals. If those businesses could write off those meals, there would be even more mealing and dealing—and more subsequent restaurant sales—operators say.

Business meal deductibility first was decreased to 80 percent in 1986 and then to 50 percent in 1993. For the last 15 years industry lobbyists have since been working to restore the write-off to 80 percent, if not its original 100 percent.

“I really don’t think anyone looked at the long-term impact of reducing the deductibility,” says Kevin Joyce, owner of The Carlton Restaurant in Pittsburgh and last year’s chairman of the Pennsylvania Restaurant Association, in an interview earlier this year. “Washington generally doesn’t see restoring deductibility as an economic fix.”

Yet, as the economy faces significant headwinds, the passage of legislation supporting increased business meal deductibility is gaining support as a way to stimulate the economy, the NRA says. Both the U.S. House of Representatives and the Senate penned this summer two separate proposals that would include a return to an 80-percent write-off level. With Congress occupied with further-reaching economic plans, the proposals may be stalled. But the NRA will continue its lobbying efforts in hopes of the bill’s passage, it says.

• Depreciation: This summer the industry’s long battle to shorten the depreciation schedules for new-restaurant construction and improvements won at least one victory with the U.S. Senate through that body’s passage of the Tax Extenders and Alternative Minimum Tax Act of 2008.

If also passed by the U.S. House of Representatives, the bill would reduce the current 39-and-a-half-year schedule to a 15-year term for restaurant improvements made in 2008 and 2009 as well as new restaurant construction in 2009. A quickened depreciation schedule would better match the long-term expense of a restaurant building to its long-term income, some operators say. It also provides restaurants the same tax benefits as other foodservice operators that are granted shorter deprecation schedules, such as convenience stores and amusement park foodservice operations.

“To suggest that a restaurant building’s ‘actual life’ is 39 and a half years is simply not realistic,” said Joe Clements, a Burger King franchisee in Louisiana, when testifying before the House Committee on Small Business last month. “Depreciating property over a shorter amount of time has a direct impact on a restaurant’s bottom line by allowing a restaurateur the immediate cash flow to reinvest in their business.”

• Estate tax: The restaurant industry has been lobbying for the permanent repeal of the estate tax, dubbed the “death tax,” for years, as such taxes can require those who inherit a family business to pay in federal taxes a maximum of 55 percent on assets valued at more than $1 million.

With 2001 legislation, the estate tax began a gradual repeal with lower tax burdens and higher exemptions so that fewer small businesses were affected. Still, a provision in that legislation required estate tax relief to end in 2010, and be resolved in 2011, under a new administration. While the estate tax itself may not affect a large percentage of small businesses, succession planning has grown more expensive as insurance and tax planning without a future estate tax rate is difficult and costly.

Both presidential nominees, Sen. Barack Obama, D-Ill., and Sen. John McCain, R-Ariz., have said the estate tax should not revert to pre-2001 levels, but also should not be permanently repealed. According to reports, Sen. Obama calls for a permanent estate tax to mirror 2009 levels, which would include a tax rate of 45 percent on assets valued at more than $3.5 million for each individual. Sen. McCain has reportedly said he would back a 15-percent tax rate on assets of $5 million per individual.

• Ethanol: Lobbyists are pushing for the re-evaluation of biofuel legislation, a front-burner issue for many in the restaurant industry, to help alleviate spiking commodity costs.

The 2007 Renewable Fuel Standard, which has mandated the use of U.S. food crops for fuel production, a tariff on imported ethanol and tax credits for domestic oil refiners that blend ethanol, are all up for grabs under a new administration.

Presidential hopefuls Obama and McCain differ on energy policies and their impacts on U.S. farming and food costs, with Obama generally supporting food-for-fuel approaches and tariffs and McCain opposing the same measures.

The NRA says legislative officials should re-examine any policies that pit food and energy needs against one another.

“We need to improve our nation’s energy security, availability and diversity,” the NRA says, “but we must reexamine the impact of biofuel policies that distort food prices and reduce the availability of crops.”

The association says some members of Congress are beginning to re-evaluate the Renewable Fuel Standard and that a proposed bill in the Senate would equalize tariffs on imported ethanol with tax credits for U.S. refiners that blend ethanol, helping to reduce dependency on food-for-fuel programs.

• Interchange fees: With credit-card usage climbing in the restaurant industry, operators want a seat at the table to negotiate lower interchange fees with certain credit card companies. Interchange fees have risen about 120 percent over the last seven years, the NRA says, and today they average about 2 percent per transaction, or what amounts to more than $3 billion in fees paid to Visa and MasterCard member banks in 2008. According to NRA research, customers are using credit or debit cards to pay for 45 percent of all transactions at family-dining locations, 60 percent at casual-dining operations and 80 percent at fine-dining restaurants.