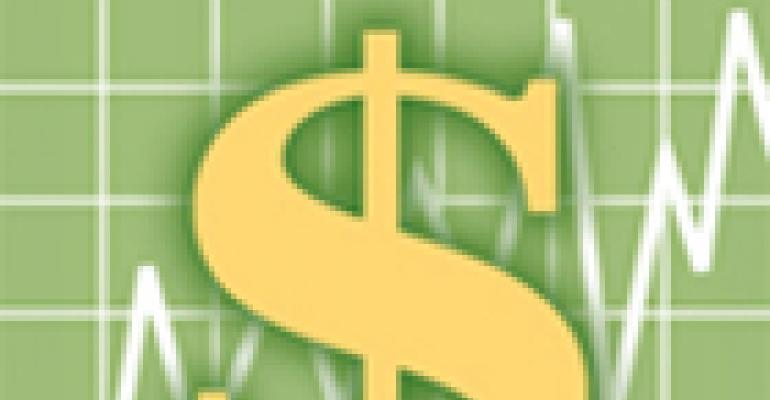 It’s been a little more than a year since the chairman of Santa Fe Holding Company took his restaurant company public through a reverse merger with an already publicly traded shell company. Since then York has seen the total dollar volume in the Over the Counter Bulletin Board, one of two small markets where Santa Fe’s shares trade, drop a stunning 46.9 percent to $1.7 billion from July 2007 to July 2008.

While restaurant stocks in general have taken large hits given turbulent markets and a tough operating environment, the smaller-cap stocks traded over the counter on either the Bulletin Board or the Pink Sheets have seen share prices demolished of late. Over the counter, or OTC, securities can trade on the Bulletin Board, the electronic Pink Sheet system, or both. These stocks trade over a dealer network, not over a typical, centralized exchange like the Nasdaq, NYSE or Amex.

As thinly traded, microcap stocks, these shares typically experience far more volatility than stocks on larger exchanges because of their smaller share prices. Organic To Go, for example, has fluctuated from a low of 86 cents per share to a high of $2.10 per share in the past 52 weeks. It most recently closed at $1.22 Aug. 22. Santa Fe, meanwhile, has ranged from a 52-week low of $1.20 per share to a high of $2.20 per share, and closed at $1.80 Aug. 22. Other OTC restaurant stocks, like Steakhouse Partners Inc. and Noble Roman’s, have seen 52-week stock declines of 96.4 percent and 88.4 percent, respectively.

Yet, despite the tough economy and the dismal outlook for stocks in general, York and other micro-cap restaurant company top brass, including Jason Brown, chief executive of Organic To Go, still believe in the benefits of an OTC public listing.

For these small companies, a listing on either the Bulletin Board or the Pink Sheets provides critical access to capital for funding growth and helps them attract high-level executives. Even more, some executives say it is an essential launching pad to a listing on such larger exchanges as Amex or Nasdaq, which in turn can help companies attract more sophisticated and deep-pocketed investors, as well as analyses from investment banks that do not follow OTC stocks.

“Since we first started trading last June on the Pink Sheets, our objective has been to move to a higher exchange when the time was right,” said York, whose Brentwood, Tenn.-based company operates 24 casual-dining restaurants under the Santa Fe Cattle Co. brand. “It opens that window.”

Running a public company brings new challenges for these executives.

Chief executives and chairmen who have set up financial checks and balances appropriate for a private company have to adapt to the more rigorous requirements of the larger exchanges, including more detailed accounting and governance rules as outlined in Sarbanes-Oxley. Along with more stringent requirements for number crunching, public-company chief executives must answer to investors seeking not just gang-busting growth but solid bottom-line profits. These executives also must master the fine art of communicating successfully with investors, during both spikes and falls in the stock price.

“It’s different to spend time talking with a large audience of investors,” said Brown of Organic To Go, the health-focused retail and wholesale chain. “You have to spend time working with those investors to help make sure they are all on the same page with you.”

Even with the challenges, both Santa Fe and Organic To Go have racked up tangible benefits since going public, executives say, and both are moving ahead with plans to trade up to larger exchanges. Access to capital for growth tops the list of advantages as the firms try to boost sales and generate profits.

Organic To Go also has grown rapidly since going public. When the Seattle-based company completed last year a reverse merger, receiving $4.7 million in a private placement, Organic To Go had a dozen restaurants in its primary market of Los Angeles. The chain, which provides organic catering and operates organic cafes, since has expanded to Washington, D.C., and now operates about 32 cafes and more than 120 wholesale locations.

Looking ahead, Brown plans 70 percent revenue growth this year, from total sales of $16.9 million last year. The company is still in the red, with a net loss of $3.6 million in the June-ended second quarter, but Brown forecasts positive earnings before interest, taxes, depreciation and amortization at the end of this year or in early 2009.

Heading toward a larger exchange and having stock to offer as part of a compensation package helped on that score, too.

In April, Santa Fe hired as CFO John Felts, formerly of the Spats and Rally’s restaurant chains and a former Ernst and Young auditor. For Santa Fe, an experienced auditor is critical since the company now is laboring to set up the financial checks and balances that will be mandatory on a larger exchange, York said.

The company had its own accounting system, but by going public on smaller exchanges first, it has gained time to set up needed new procedures and perform the audits that the Nasdaq or Amex mandate.

Both of those exchanges, along with the NYSE, carry more stringent accounting and transparency requirements.

“This gave us some breathing room,” York said.

Organic To Go also brought in a veteran CFO this year. Michael Gats brings experience at a private food manufacturer and distributor and at publicly traded apparel firm Cutter & Buck. According to Securities & Exchange Commission filings, Organic To Go awarded him 39,375 shares of restricted stock on his first day and options to buy 300,000 common shares as part of his employment deal.

“[Being public] helped us to clearly attract the right kind of key financial officer and motivate him,” Brown said.