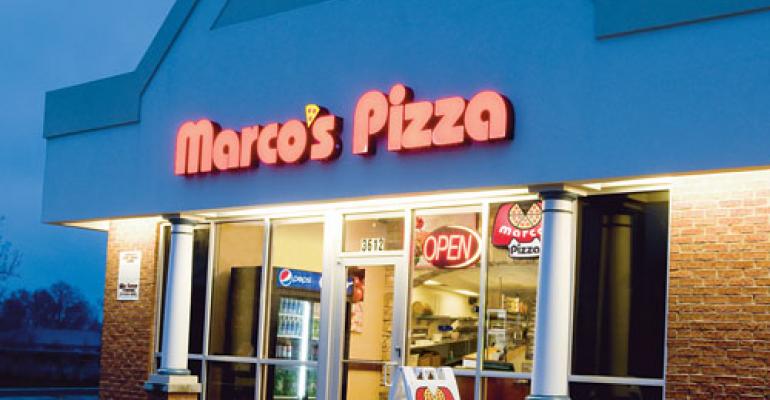 Marco's sets up financing for franchisees

Marco’s Pizza said it has secured a $7.5 million lending facility from Main Street Bank of San Antonio, Texas, to spur its plans for growth through franchising.

The $7.5 million would fund between 30 and 50 Marco’s Pizza units, said chief financial officer Ken Switzer, adding that it costs about $300,000 to open one of the restaurants, including post-closing costs and working capital.

According to the agreement with Main Street Bank, franchisees meeting the bank’s approval could borrow up to 75 percent of that $300,000, as opposed to the more typical 66 percent.

Butorac said the approval process would be more streamlined than applying for a loan through the small-business administration and other programs, as the bank is already familiar with the economics of Marco’s Pizza units.

Switzer said this is the latest in a series of financing programs Marco’s has set up for franchisees. It first set up a captive leasing company called MFS Leasing to use a line of credit to lease stores to franchisees. MFS started its first transaction in 2007.

In the wake of the credit crunch that intensified in September 2008, Marco’s set up Marco’s Assurance, a company that offered banks a $50,000 certificate of guarantee for loans to its franchisees, which typically amount to around $200,000. Those funds, which come from franchise fees and royalty income, go into escrow in case they’re needed.

Marco’s Assurance also has funding available to relocate restaurants that open in what turn out to be unfavorable locations, Switzer said.

“It’s a moral guarantee as well as a financial one,” Butorac said of the certificate of guarantee, indicating the company’s faith in the franchisee.

The company has also established Marco’s Capital, a $5 million private-equity fund to provide $40,000 to $50,000 in equity to franchisees.

The fund was established through a private placement from the same people who had invested in Marco’s in the past, including franchisees, “and some of our relatives,” Butorac said.

“We’re going to continue to seek various franchising programs that make sense for us,” Butorac said.