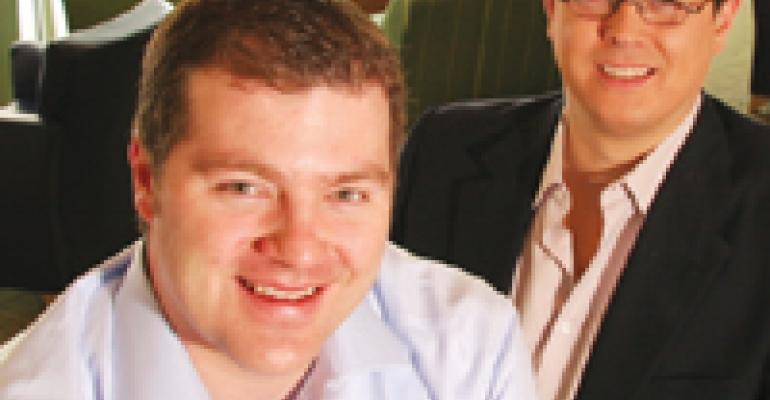 MAD Greens goes back to school for inexpensive student expertise

DENVER MAD Greens has been growing like weeds. The fast-casual salad concept has opened six outlets in metropolitan Denver in three years and jumped from six employees to nearly 100. —

Keeping and finding more employees remains a challenge, however, especially since the company raised $1.6 million through private placements of stock to fund more growth. So MAD Greens’ founders, Marley Hodgson III and Dan Long, have gone back to school for help. —

Hotels and large casual-dining chains are more likely to visit college campuses to recruit management talent than are fast-casual restaurant concepts, especially fledgling ones still striving to make a profit. Yet Hodgson and Long have been trolling the halls of business, hospitality and culinary schools, introducing MAD Greens to students and professors. They’ve discovered the college route is one way to control labor costs and still employ high-quality candidates, even if just for a semester. —

“We’ve done a lot of internships,” said Hodgson, the chain’s chief executive. “Even though a lot of people say small companies cannot do internships, I don’t believe that.” —

Last summer Amanda Smith—a senior in the School of Hotel, Restaurant and Tourism Management in the Daniels College of Business at DU—developed a marketing plan for MAD Greens. She polled customers, observed traffic, determined such things as gender, average age, amount spent per customer and how long it took to complete an order. —

MAD Greens customizes salads for patrons as they move through the line, or customers can order featured salads. The concept also offers paninis and soups. —

Smith compiled all her information into a report at the end of the summer—all for about $12 an hour. —

“The experience taught me a lot,” Smith said. “I liked being able to have an input and provide information and give them suggestions on things they maybe could do better.” —

Co-founder Long speculated that Smith’s internship was much more hands-on and involved than if she had taken one with a large hotel company. She also worked behind the line and as an assistant manager after her internship until returning to school in the fall. —

“If she had been working for Marriott, there is no way she would have gotten the opportunity to design a marketing study like that since they have an entire department to do that,” Long said. —

This semester, MAD Greens is getting help in evaluating the pros and cons of catering from a student working on his master’s in business administration through the Leeds School of Business at the University of Colorado in Boulder. —

“The catering project sounded very interesting because of the insight it will give me into the business,” said Franco Valdes, an MBA student from Santiago, Chile. “I’ve learned a lot in these past few months about this industry, how it is growing, what are the important issues.” —

When he’s finished, MAD Greens will have an analysis on catering as a potential revenue stream for the business—for free. Valdes will earn class credit for his project. In addition, an entire class of MBA students at Leeds is using MAD Greens as a case study, determining the potential of adding delivery service. —

Neither Valdes nor the class is being paid for their work, but using college students still requires an investment, MAD Greens’ founders said. —

“One of the things we realized in doing these kinds of internships is it does take a significant amount of time from our side,” Long said. “But we realized the value of that time. People ignore that…they need to actually put time and effort into that program and create something concrete for interns to do.” —

Long and Hodgson spend time talking to classes and professors. Hodgson, an MBA graduate from the Leeds School, stayed in touch with professors over the years. —

Hodgson and Long, who grew up together in New York, attended Colorado College in Colorado Springs. Long became an equities trader on Wall Street before quitting to go to culinary school. He attended the Institute of Culinary Education in New York and later worked at the restaurant One C.P.S. in the Plaza Hotel. —

After Hodgson earned his master’s degree, he became a general manager for a regional microbrewery in Connecticut before joining his family’s leather goods business. He returned to Colorado when his family opened a luxury guest ranch on the Western Slope of the Rocky Mountains. —

The childhood friends reunited in 2004 to open the first MAD Greens in Centennial, a suburb south of Denver. The name MAD is an acronym of their first names—Marley and Dan. —

The pair opened their sixth store in March after raising the $1.6 million from the two private placements. Two to three more units are expected to open this year, and the founders also expect 2007 to be the year MAD Greens will turn its first profit. Sales at the oldest store in Centennial grew 27 percent from 2005 to 2006, and its store in the Cherry Creek North neighborhood of Denver is tracking at 35-percent to 47-percent growth this year. —

The rapid growth is also helping MAD Greens hang on to good employees by offering them a clear path to promotion, Hodgson said. —