/sites/all/themes/penton_subtheme_nrn/images/logos/footer.png
Recent
Recent
Next round of states poised to open for dine-in restaurant service with capacity limits, social distancing requirements and mask mandates
May 21, 2020
Starbucks has regained 60%-65% of its pre-COVID-19 U.S. sales, says CEO Kevin Johnson
May 21, 2020
Taco Bell wants to hire 30,000 more employees
May 21, 2020
How Kevin Lillis adapted when the coronavirus forced Jaxon restaurant in Dallas to close right after it opened
May 21, 2020
How to Get the Most Out of Your Delivery Solutions
May 20, 2020
Featured
Lawmakers debate improvements to federal Paycheck Protection Program loans
May 22, 2020
CDC updates guidelines for reopening restaurant dining rooms and bars
May 21, 2020
Trending this week: McDonald's reveals its new dine-in safety procedures and more on the CDC’s guidelines for reopening restaurant dining rooms and bars
May 21, 2020
Restaurant executives press Paycheck Protection Program term extension with Trump
May 19, 2020 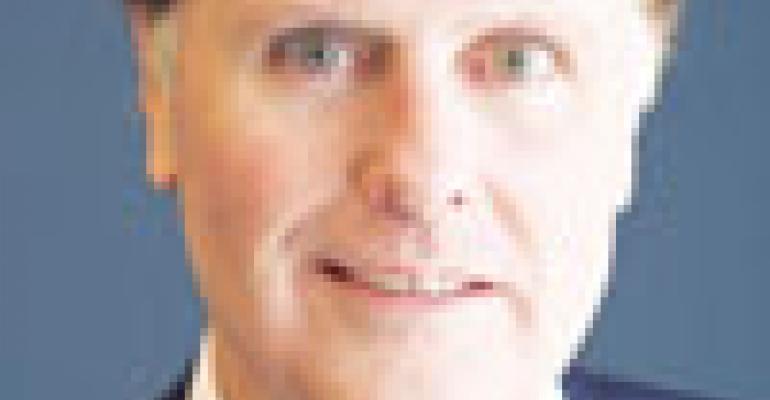 In the spring of 2008, immigration agents with drawn guns raided The French Gourmet, a fine-dining restaurant and bakery in Pacific Beach, Calif. Agents arrested 18 employees, including a few who had worked for the restaurant for 16 years.

Two years later, chef-owner Michel Malecot stands to lose his San Diego-area restaurant if he is convicted of federal charges claiming he knowingly hired undocumented workers. In an indictment made public in late April, the U.S. Attorney’s Office said it seeks to seize the 30-year-old business—an unprecedented move by the federal government in its struggle against illegal immigration, observers claim.

“This ought to be a wake-up call for every restaurant in the country,” said employment lawyer Clyde Jacob of Coats Rose in New Orleans.

Under the Obama administration, U.S. Immigration and Customs Enforcement has been cracking down on businesses in an effort to reduce the demand for an illegal-immigrant workforce.

At the same time, a perceived lack of border protection by the federal government has led some states—most notably Arizona—to enact stricter laws making illegal status a state crime enforceable by local authorities. The Arizona law, scheduled to take effect in August, has sparked protests and calls to boycott the Southwestern state from those who see the measure as discriminatory and one that encourages racial profiling.

The controversy has prompted President Obama and Congress to attempt to accelerate national immigration reform. Sens. Charles Schumer, D-N.Y., and Lindsey Graham, R-S.C., are working on a draft bill that many hope will be introduced this year.

Meanwhile, many in the restaurant industry, which employs an estimated 1.4 million immigrants, are hoping the government will pass a comprehensive reform bill that would secure the borders, create a reliable verification program for foreign workers and establish a guest-worker program that addresses the industry’s growing need for employees.

Late last year the industry had praised the Obama administration when the U.S. Department of Homeland Security rescinded the controversial Social Security “no-match” rule that would have forced employers to fire workers because of discrepancies in their Social Security records.

More recently, however, Steve Chucri, president and chief executive of the Arizona Restaurant Association, said: “There is so much uncertainty right now. People feel unsettled. It’s like working in a kitchen that is broken up—the stove is one side and the oven is on the other side. Changes have to be made to have a functional, working kitchen.”

With some 945,000 restaurant locations and about 13 million employees—a number that is expected to rise by 1.3 million over the next decade—the restaurant industry has a big stake in the outcome of the nation’s immigration restructuring, said Scott DeFife, executive vice president of policy and government affairs for the National Restaurant Association.

“As the news makes clear every day, it is critical that Congress develop a comprehensive immigration policy reform,” De-Fife said. “The ramifications of failure to find a solution on this vital issue will be severe.”

“They want to make an example out of me, and it seems to be working,” said Malecot, who emigrated from France in 1972 when he was 20 years old. “It is very scary.”

A federal grand jury indicted Malecot and his manager and pastry chef, Richard Kauffman, claiming they conspired to engage in a “pattern or practice” of hiring and continuing to hire employees unauthorized to work in the United States. The men are accused of making false statements and shielding undocumented workers from detection. The indictment also claims Malecot and Kauffman continued to pay employees whose Social Security numbers failed to match the names on file with the Social Security Administration.

If convicted, they face a maximum of five years in prison and a $250,000 fine on each count. In addition, the indictment seeks criminal forfeiture of proceeds gained from the business’s “unlawful activities.”

Malecot and Kauffman pleaded not guilty to the charges in federal court in San Diego last month. Malecot contends they followed the law and thought all of their employee paperwork was in order, including the Employee Verification Forms, or I-9s.

The indictment against the French Gourmet is an example of the current national focus on immigration enforcement, said employment lawyer Jacob, who sits on the labor relations committee for the U.S. Chamber of Commerce.

“This is the most aggression [businesses] have faced in the last 20 years,” Jacob said.

In 2008, during the Bush administration, ICE issued 503 audits of employers, he said. In 2009, there were more than 1,650 audits by ICE against employers, more than triple the amount of the year before.

“The prior administration focused on illegal aliens and getting them out of the country,” Jacob said. “There were ICE raids, SWAT teams coming to an employer, lots of shock and awe. Huge teams would come in to a particular employer but go after the employees. You had employees running out the back and being chased—really dramatic enforcement action. The new administration is using ICE audits, focusing on the employers.”

Enforcement also seems to be targeting the food industry, from poultry and meat packers to restaurants, along with construction and other industries in border states, he said.

ICE does not track audits by industry, said spokesman Harold Ort, but the agency is concentrating on businesses.

“Jobs are clearly a magnet for illegal immigration,” Ort said. “Our focus is on the employer. ICE considers employment records as important to the government as [employers’] tax records.”

Until some type of immigration reform occurs, employers need to be vigilant in corroborating employee information, said Jacob, who suggests operators hire an independent third party to audit I-9 forms and supporting documents. He also recommends using E-Verify, an online federal program that compares I-9 forms to government data. The program is currently voluntary, although some states now require it.

“Using E-Verify puts you in a better position when ICE comes to audit,” Jacob said.