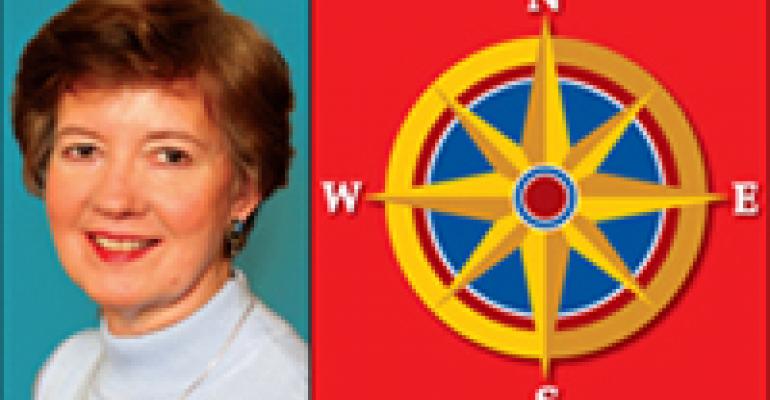 At presstime, Illinois was on the verge of joining 19 other states in banning smoking in all public places, including bars. As an Illinois resident and an avid restaurant patron, I must confess that I’m breathing easier.

What a refreshing difference it is to walk into a smoke-free bar or restaurant, rather than a smoke-filled one. No more worries about what the stuff is doing to your lungs or heart. No more need to launder smoky-smelling clothes after spending time with smokers.

According to the American Lung Association, secondhand smoke causes 3,400 lung cancer deaths and between 22,700 and 69,600 heart disease deaths in adult nonsmokers in the United States each year.

Keefer is one of a group of Chicago restaurant owners who decided last year to voluntarily ban all smoking in their establishments, rather than wait for the city’s municipal ban to become effective in 2008. One of his bartenders, John Kotch, is especially happy with that policy. He no longer wakes up in the mornings with chest congestion, he said.

Since Kotch enjoys his job, he said he didn’t want to have to find another line of work.

“I’ve been doing this for 15 years; I didn’t think about finding something else,” he said. “Now, we have an option of finding a place that’s smoke-free.”

Across downtown from Keefer’s restaurant, Poag Mahone’s, a pub operated by the Rosenthal Group, also went smoke-free last year. Although colleagues feared that they would lose a lot of business from smokers, owner Dan Rosenthal said his sales actually increased 20 percent last year, and he attributes much of that to more visits by nonsmokers.

Before deciding to go smoke-free, Rosenthal surveyed employees about what they’d like him to do and learned that 70 percent favored a smoking ban. One employee in particular, bartender Bernadette Trubatisky, who has asthma, was weighing her doctor’s advice to quit her job at the time Rosenthal decided to ban smoking.

“I would get lung infections and have to use my inhaler all the time,” she said. “My doctor said my lungs were in pretty bad shape.”

A full-time college student, Trubatisky said she loves her job because of the young professional crowd and flexible hours that accommodate her busy schedule. She has continued to tend bar at Poag Mahone’s, saying her health has improved greatly since the secondhand smoke cleared up.

I predict that it won’t be long before the majority of states adopt smoking bans of their own. Smokers who haven’t yet kicked the habit may have good reason to try a little harder.