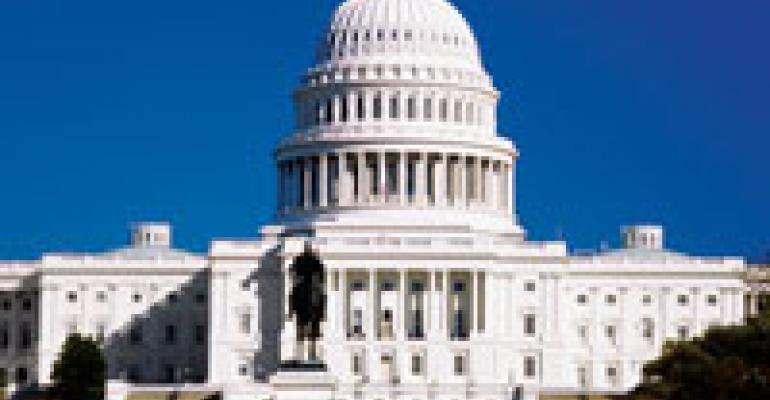 The Small Business Jobs and Credit Act of 2010, which includes provisions that proponents say would provide restaurants and other small businesses with tax relief while increasing access to capital, was approved Thursday in the House by a vote of 237 to 187.

The legislation now will be sent to President Obama, who has said he will sign it.

“This bill will help restaurants and small businesses with tax relief and assistance in gaining access to capital that is critical to economic and financial recovery,” said Scott DeFife, executive vice president of Policy and Government Affairs for the National Restaurant Association.

“The provisions in this bill to expand access to capital will help restaurant operators make necessary investments, hire and retain workers, and, in certain cases, keep their doors open.”

Stephen J. Caldeira, president and chief executive of the International Franchise Association, also applauded the bill’s approval, saying: “The passage of the Small Business Jobs and Credit Act by the House is a great win for franchise businesses that have lobbied intensely for these changes for nearly two years.

“We commend the House for their action today, and strongly urge the president to quickly sign the bill into law so that franchise owners can access additional capital to start new businesses and create jobs in communities across the country.”

• Access to capital. The measure calls for the establishment of a $30 billion Small Business Lending Fund, which would assist small banks seeking to provide loans to small businesses.

The fees on those loans, which were eliminated in 2009, would continue to be eliminated through the end of 2010.

• Tax relief. The bill would allow operators to expense up to $250,000 of the cost of improvements made to their restaurants, which would include investment in new equipment.