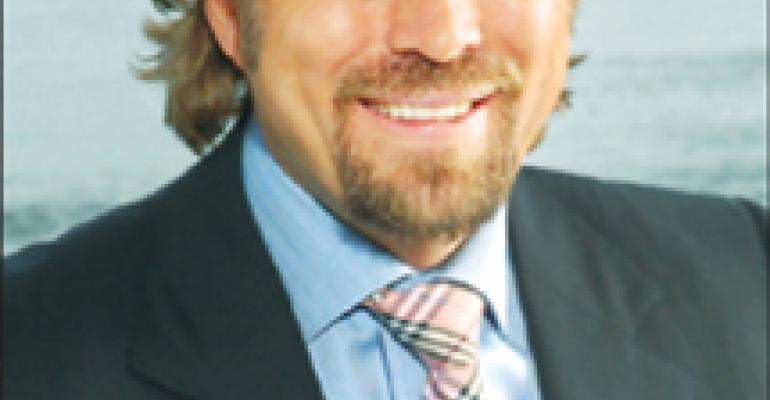 In 1989 the Berlin Wall fell and the Eastern Bloc opened up. Prague quickly became known as the “Paris of the East” for its stunning light and beauty and for its appeal to educated expatriates, among them, Nils Jebens. Having come to Prague in the early 1990s as casino director for Casinos Austria International, he decided in 1994 to found Kampa Group. “In the years after 1989, Prague was screaming for good services in any area,” Jebens explained. “You only get an opportunity like this once in a lifetime: a beautiful city that’s a total green field.” Today, the group has five restaurants in Prague—the flagship Kampa Park, Square, Cowboys, La Provence and Hergetova Cihelna. The group also operates a catering division in Prague and a sixth restaurant, Le Monde, in Bratislava, Slovakia.

You’ve been a demolition diver searching for underwater minefields with the Royal Norwegian Navy and a casino director. What was the best lesson from each?

From the first one, I would say that you learn that you are capable of much more than you think you are. And the second one, what I really learned is the amount of meticulous control necessary to protect your business: processing and very clear allocation of responsibility, clear paper trails.

What were the greatest challenges in breaking into this market?

It wasn’t so difficult, actually. I had been running casinos there already for two years, so I knew things, people, banks, etc. I knew the market. That’s very important. The greatest challenge was probably to get the first set of employees to work the way I wanted them to. After that it was easier. But getting the first team took much longer than I thought.

Prague has undergone a remarkable transition. Which changes have you found most interesting?

How is it working with Czech employees?

They have two dimensions. One is that they are loyal; they don’t really like to change jobs. I have quite a lot of people who’ve been with me since the beginning. But you have to teach them everything. It’s very rare that we get someone from the outside that we can really use. We have to train them and teach them our philosophy and everything, but once they are there, they stay.

What’s the best advice you could give someone interested in this market?

Apart from what I said about the number of restaurants, there are still possibilities. If you’re good, it doesn’t matter. But really look into limitations. Because of the competition, you can’t go over certain prices. And it really has to be something new. You can’t just come in with a good restaurant with nice design. There are tons of them.

What’s next on the horizon?

I don’t know really. I don’t intend to grow in terms of restaurants, as I would have to change the whole organization. If I were to do something, I would go into another industry, but for this year nothing is planned.