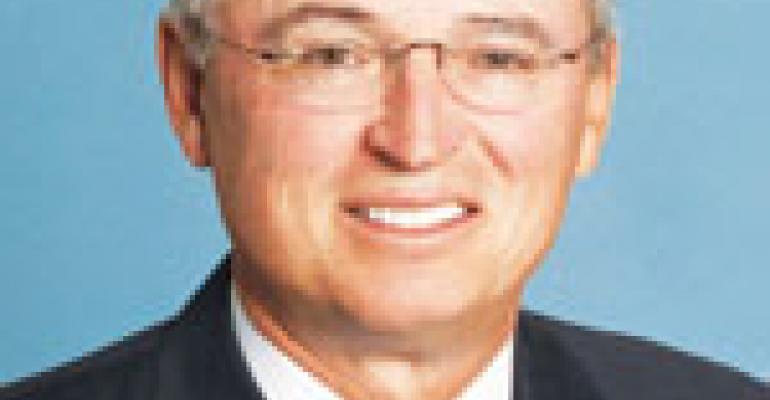 After spending six years working for C.A. Muer Corp. of Southfield, Mich., during college and afterward, Mike Gibbons decided to venture out on his own. He partnered with former Muer vice president Dennis Serras in 1979, and in 1981 formed Main Street Ventures. They opened their first full-service restaurant in Farmington Hills, Mich., and then proceeded to expand their business holdings, opening a string of other full-service restaurants in Michigan, Ohio, West Virginia, Maryland and Florida. Today, Main Street operates 17 restaurants. Gibbons also has been active in state restaurant associations as well as the National Restaurant Association. He joined the NRA board in 2000 and was named chairman last month.

What made you want to become NRA chairman?

I believe it can make a difference on the national scene. [The association is] working on different things that will help operators be successful even in bad times, like a national promotional effort to get people to dine out more. There also are products we offer that save operators money, like marketing plans to food safety programs. The NRA also funds scholarships to get people into the industry.

The advocacy component of the NRA also is critical. We will be addressing a lot of issues this year that are important to the industry, like health care and immigration reform, cap and trade, and card check. These are things we are working hard to shape in the best interest of the industry and its employees.

What’s your plan for the next 16 months as chairman?

The NRA has a new plan for the realignment of the industry. Each state has its own association, and we thought each was going off in its own direction. The new plan calls for all of us to align in the same direction and address the same sorts of things. My mission this year is to talk to the membership of the state associations and discuss the impact we can have together.

What’s your take on the current business environment?

I have a lot of concerns. The biggest, though, is that people will change their eating habits. Americans love to dine out—and in families with two incomes, it’s almost a necessity. But with the downturn, people are concerned how it is going to affect [their spending] and may decide to change their [dining] habits for the long haul.

We are pretty pleased overall. We’re up in some areas, some are down, some are flat. It pretty much defines what’s going on everywhere.

Is running a business more difficult these days?

It’s easier to do it because we have experience. But the economy is tougher than ever. We’ve made mistakes along way, but we learned a lot also. And because we’re a smaller business, we’re better prepared so when the economy changes, we can change quickly.