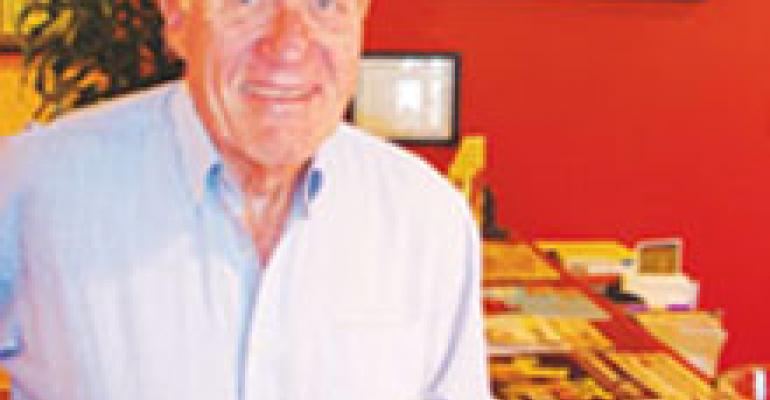 Frank Day, founder and chairman of Rock Bottom Restaurants Inc., is once again president of the multiconcept casual-dining company based in Louisville, Colo. For Day, who always remained somewhat involved as chairman of the more than 130-unit company, it’s his third time in that role. He resigned as president after taking the company public in the mid-1990s, returned to take the company private and then resigned after buying out shareholders in 1999. RBRI currently owns 34 Rock Bottom Restaurant & Brewery units and 63 Old Chicago Restaurants. It franchises another 32 Old Chicago units. RBRI also owns a handful of ChopHouse Brewery & Restaurants and SingSing, an entertainment bar concept. Like most casual-dining chains, RBRI has been struggling lately, particularly with its Rock Bottom brand, which had been posting negative same-store sales. This spring, Day asked for the resignations of chief executive Ned Lidvall and the senior leadership team.

Why did you decide to step back into the role of president?

The restaurant business has been changing rapidly in the past months. As they say in your publication, it’s a perfect storm. We’re all struggling with the same problems—declining customer counts, cost escalation. People are stressed out by fuel and other issues like inflation. They are changing their habits as far as how often they go to restaurants.

All of a sudden it seemed we needed to react faster than we were.

So then what are you doing differently?

Now is the time to get back to the basics of pleasing the customer and trying to provide a wonderful experience each and every time. It goes back to what’s on the plate—how good does it taste?—and it goes back to value. People are looking for value. You have to be more efficient so you can give the best possible deal to your customers.

Our margins in this business are not what they used to be, and they probably are not going to get back to where they were. If you are going to have any money left, you are going to have to look for ways to cut expenses. Learn to run restaurants with fewer people and better systems, and whatever it takes. This is the time when everyone should be turning off light switches and saving pennies.

Do you plan to hire another chief executive?

Not in the near future. I’m quite happy with what I’m doing. Things seem to be moving, and we’re beginning to see some action. I know what to do and I know what not to do. I don’t need to bring someone else in to do it. I have great optimism. We have a wonderful group of people in this company who are 100 percent rising to the challenge. We’re all going to come through this, some better than others. Everyone out there needs to paddle their canoe and paddle harder and every once in a while look up to see where the rapids are.