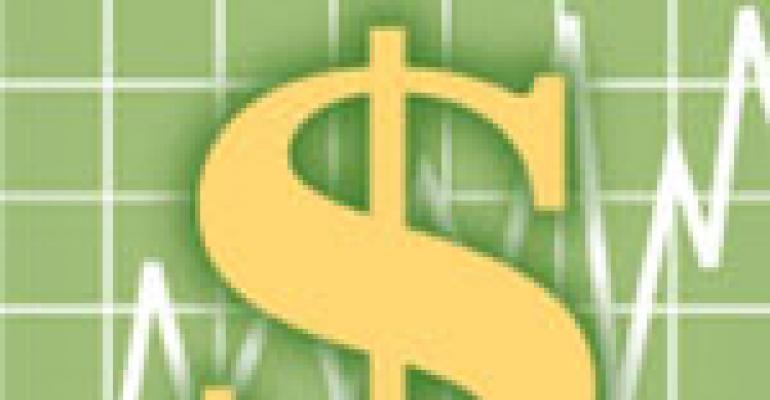 With the U.S. economy in dire straits, many restaurant companies have turned their attention overseas in the race for growth, new customers and increased earnings. From large operators, such as Yum! Brands Inc., to smaller ones, such as Camille’s Sidewalk Cafe, international efforts have been intense. Some, including Starbucks, Burger King and Chili’s, have even said the majority of future brand expansion would come from foreign shores.

But the decision to set up more shops in faraway lands may become more difficult to justify, as a recently stronger U.S. dollar and what one chief financial officer termed “unprecedented levels of volatility in today’s currency exchange market” work to erase the value of some operators’ foreign profits.

This month, some of the industry’s largest overseas operators, including McDonald’s Corp., Burger King Holdings Inc. and Yum, disclosed that the newly gained strength of their domestic currency had significantly hurt reported revenues and earnings in the fourth quarter. A stronger U.S. dollar leads to reduced values for cash earned overseas that must be translated to a company’s home currency for financial reporting.

McDonald’s, Burger King and Yum each also predicted more unfortunate currency exchange rates in the year ahead, as well as more challenges in estimating those rates and their impact on financial results.

“Forecasting the exchange rates is going to be very, very difficult and [is] going to be subject to headlines and geopolitical events,” said Ben Wells, Burger King’s chief financial officer and executive vice president.

In November and December alone, Burger King said it saw the Euro decline by 9 percent, the British Pound and the Turkish Lira drop by 23 percent each, the Australian and New Zealand Dollars fall by 25 percent each, the Korean Won fall 32 percent, and the Mexican Peso drop 17 percent year-over-year.

The company cut its full-year earnings outlook to include a 10-cents-per-share hit from adverse currency exchange rates.

At Louisville, Ky.-based Yum, which books more than 60 percent of operating profit from its overseas businesses, the company said foreign exchange impacts would be “the biggest unknown” for its international division in 2009. Yum’s international division does not include its operations in China, a country where currency rates versus the U.S. dollar have actually held steady. For the current first quarter, Yum said it expected a $25 million negative impact from adverse exchange rates.

To combat the negative effects of a stronger dollar, or volatile foreign exchange rates in general, accounting and audit experts say companies must first evaluate their exposure, then decide on action, which could include hedging techniques like spot-market transactions, options or forward contracts.

“The dollar has been weakening for the past several years, and many companies were getting the positive benefits of that,” said Julie Luecht, a principal at accounting and consulting firm KPMG, “and what happens is some companies start baking it in. But it could go the opposite direction just as easily, and because of that, you need to be prepared.”

First, a company of any size must work to identify its exposure to various fluctuations in exchange rates and then assess how much of a bump, or a dent, it is comfortable with, Luecht said. The amount that company officials decide is outside of their comfort zone is the amount that companies can hedge against, she said.

“It’s very difficult for senior executives to know what that number is in terms of what they feel comfortable with,” she said. “A lot are asking, ‘Why? This doesn’t affect cash.’ But some of it involves the Street, benchmarking against competitors, dealing with ratings agencies or answering [to] stakeholders.”

Indeed, in talking to the Street, or the investors and analysts that make up Wall Street, McDonald’s chief financial officer reminded participants on the company’s latest conference call that exchange rates and their effects don’t translate to company performance.

“Currency fluctuation [has] much more of a financial reporting impact than a long-term economic one,” said Peter Bensen.

He added that McDonald’s typically reinvests a portion of local earnings back into international markets.

Still, the company fell victim to the recent volatile market just like others. Fourth-quarter revenue was hurt by nearly $500 million, and earnings per share by 7 cents, the company said.

At Camille’s Sidewalk Cafe, company officials said the benefits of expansion abroad outweigh any volatility in the foreign exchange markets.

“We certainly are concerned about fluctuations in the market, as they directly affect the bottom line,” said David Rutkauskas, president and chief executive of Camille’s Sidewalk Cafe franchisor Beautiful Brands International of Tulsa, Okla., “but also feel any movements in the currency market will eventually be balanced over time.”

Camille’s plans to open its sixth Middle Eastern unit, and its first unit in Saudia Arabia, in March.