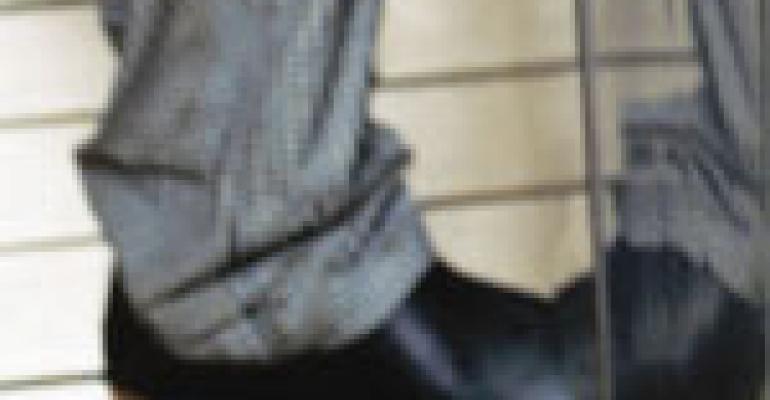 Dealing with employee foot pain an issue for operators

Restaurant employees complain more about foot pain than all other rigors of the job, yet the industry has done little to keep that occupational hazard from souring people on the field.

That was the conclusion of a veteran foodservice group convened by Nation’s Restaurant News to discuss workplace comfort and its effects on restaurant staff turnover and performance. The focus group was sponsored by Schering-Plough, the health-products company that markets the Dr. Scholl’s line of foot care products designed to address foot-related problems.

The discussion was intended to look at all aspects of workplace conditions, from noise levels to kitchen heat. But the conversation quickly narrowed to foot ache and its related ailments, such as back, shoulder and neck pain.

“I’ve had cooks come to me and say: ‘My feet are just tired, I need a different job. I love what I’m doing, but I literally can’t take it anymore,’” said Patricia “Pat” Bando, the former foodservice director for Boston College who now also oversees the school’s retail operations as vice president of auxiliary services.

The situation is no better at a street-side quick-service restaurant, said Dave Craig, vice president of human resources for the Fazoli’s fast-casual Italian chain.

“That’s upward of 90 percent of the complaints we get,” he said. “It starts with sore feet, and then as the shift proceeds you’re going to hear more about joints and muscle aches.”

Most restaurant employees are putting weight on their feet for a whole shift, a situation that all but guarantees they’ll feel considerable wear and tear, the participants agreed. David Williams, director of risk management for the Raising Cane’s quick-service chain, said the foot stress is even worse for bartenders and other staffers who stand largely in one spot.

Bartenders seem particularly prone to the problem, but “the ones I hear it more often from, believe it or not, are our partners,” the franchisees, said Nancy Bennett, vice president of training and human resources for the Beef ‘O’ Brady’s casual-dining chain. “The first thing I hear when I train them is, ‘My feet are killing me.’”

Another participant provided a vivid picture of how profoundly the pain can affect a sufferer. Included in the group to provide an employee’s perspective was a young North Carolina resident named Molly Buckley, who holds hourly positions in both foodservice and retailing. She was asked to compare the foot-ache levels of her jobs. “By far the restaurant job is worse,” she responded without hesitation.

Buckley recounted how she’d worked the night before at an independent restaurant in North Carolina, while cross-state rivals Duke and the University of North Carolina at Chapel Hill were competing in a televised basketball game.

She took a fellow participant to task for suggesting that young, fit people might not be quite as discomforted as, say, an older bartender.

“I’m 24 years old, and I’m training for a half-marathon,” she retorted.

Buckley asserted that her attitude takes a direct hit when the pain in her feet can’t be ignored.

“I can’t say it necessarily affects my productivity, but it definitely affects my mood,” she said. “If I’m in the seventh hour of my shift, and my body aches, and my table is complaining that their fried pickles took too long, my patience is a lot shorter.”

The only relief her foodservice job offers, Buckley continued, is a broad choice in footwear. While she has to wear heels at her in-store job, “I can wear tennis shoes in the restaurant.”

Other participants noted that cushioned mats are now commonly used in a full-service restaurant’s bar area, and some places use similarly padded flooring in their kitchens.

Many said they encourage employees to use shoes that have been designed specifically for foodservice workers, but acknowledged that the footwear is intended more to prevent slips and falls than to ease foot pain.

Restaurants also are encouraged to rotate the jobs of hourly employees, he said.

Still, “an area of opportunity for the restaurant industry is understanding and applying metrics to on-the-job comfort and looking at the cost of absenteeism and productivity and quality of service,” Craig said. “It would be interesting to see if we could relate issues like absenteeism to foot comfort. I’m not sure we have that sort of evidence today.”

Boston College’s Bando said, “As operators, we certainly care about the well-being of our employees, so we’d want to take care of them in a holistic way.”

A more aggressive effort to reduce pain would not go unnoticed by the industry’s employees, attested Buckley, who said she and her fellow restaurant workers commiserate about foot pain constantly.

“I’m just one of many on the staff who’s having the problem, and I feel sometimes that we’re looked at as if we’re crazy—‘Oh, quit your complaining. You’re young and fit,’” she said. “Yeah, it’s definitely something [that would be appreciated].”