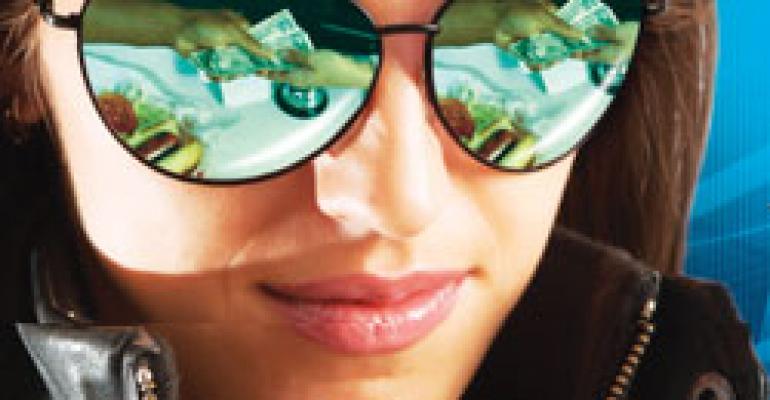 Find out what guests want to unlock your sales potential

The Great Recession may officially be history, but many American consumers have yet to act on the news.

Although trend watchers find that Americans are slightly more upbeat than they had been in the depths of the downturn, they remain wary when it comes to dining out and are not expected to return to pre-recession-level spending anytime soon.

“Confidence has remained relatively unchanged for more than a year,” said Lynn Franco, director of the consumer research center for The Conference Board, which compiles the closely watched monthly Consumer Confidence Index. “The consumer still feels like it’s a recession.

“We’re projecting that we won’t see a big rise in consumer spending for the remainder of this year and probably into early next year,” she said.

Restaurants, in fact, are among those businesses bearing the brunt of the protracted downturn. In a survey conducted in July, America’s Research Group in Charleston, S.C., asked consumers to cite the areas they have reduced spending the most.

“Going out to eat was No. 1; going to movies was No. 2,” said chairman Britt Beemer.
Survey respondents also said they are expecting this downturn to extend through the fall of 2011, he added.

But though Americans continue to carefully weigh their spending habits in restaurants, most experts agree that the current mood will not last.

“When consumers do loosen the purse strings, dining out is an affordable form of discretionary spending,” Franco said.

Meanwhile, restaurateurs are beginning to look for signs that will help them decipher what the mood of the new consumer will be when the economy finally begins to rebound in earnest.

They question whether the deep downturn will leave a permanent imprint in the consumer’s psyche and, if so, to what degree. They also question whether restaurant patrons will allow themselves to be weaned off value menus and other widely popular forms of discounting, and whether nutrition concerns will alter the ordering habits of the collective American restaurant customer.

At the same time, operators want to know what kinds of new experiences customers will demand when they do return to the restaurant table.

While the debate persists about how the post-recessionary consumer will behave once the downturn is history – the 18-month-long recession officially ended in June 2009 – experts agree that most of us have not experienced anything like this before.

“The current consumer mood has resulted in more restaurant closures than we’ve seen in our lifetime,” said Gary Stibel, chief executive of the New England Consulting Group in Westport, Conn. “It’s been a brutal 18 months. But while it will continue to be tough – the economy is not getting better – I do think the worst is behind us.”

The overwhelming concern, though, is whether the consumer will return in the same robust numbers and with the same openhanded spending attitude the industry enjoyed in pre-recession America. Some observers are doubtful, characterizing the current consumer mood as unparalleled.

“This is unique,” Beemer said. “In the past, during other downturns, people reduced their dining out frequency, but didn’t stop going out to eat. These days, many are just not going out at all.”