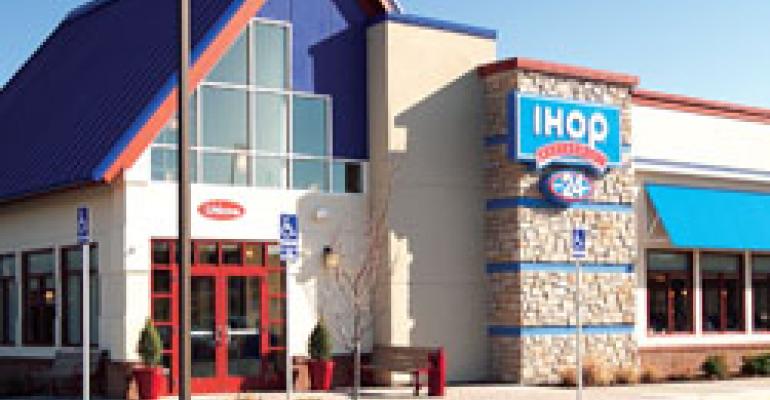 Seeming to anxious operators like sharks in treacherous seas, lenders are circling the waters of corporate debt as highly leveraged restaurant companies try to look less like prey while their sales are sinking.

In the past month, Ruby Tuesday Inc. reported that it could be in violation of a bank covenant in the next 12 months if sales continue to lag. And Buffets Holdings Inc., whose five chains include Ryan’s, filed for Chapter 11 bankruptcy protection from creditors mainly because of debt levels Buffets said it could not support given its weakened performance.

Other companies that carry a high level of debt and have faced hiccups in operating results because of both stalled sales and increased costs include Darden Restaurants Inc., Vicorp Restaurants Inc., IHOP Corp. and Ruth’s Chris Steak House Inc.

Companies, even those not currently in trouble, need to look at their debt levels, bank covenants and financial results and decide if they can still make ends meet in this difficult operating environment, sources said. If they can’t, they need to start talking to their lenders and investors.

What’s more, with a total of about $475 billion in leveraged loans maturing by 2010 throughout the entire market, negotiations surrounding revised interest rates, covenants and collateral packages are a certainty.

“You can get into trouble pretty quickly,” said Jim Walsh, head of the consumer and retail group at investment bank Jefferies & Co. Inc.

If a restructuring is needed, a company’s cost of capital will increase, while at the same time its liquidity will decrease, which in turn affects a company’s ability to grow or invest in operations. Any refinancing in today’s environment will affect how a company manages its business, Walsh said, and if a company is public, it will affect its equity value.

Today’s debt environment is especially hazardous given how financings have been structured in the recent past. Prior to the boom years of easy access to capital, banks would typically structure deals where they held onto a majority of the risk, with a minority of the deal syndicated to additional banks. Today, banks structure deals with the goal of syndicating almost the entire financing so that they have close to zero exposure. And the buyers of those financings aren’t only other banks as they used to be, now the buyers are structured vehicles bought and sold by non-traditional investors, such as hedge funds.

“Yesterday, if you got into trouble you used to go to your bank and get a waiver,” said Bill Derrough, managing director and co-head of the financial advisory services group/restructuring at Jefferies. “Today, banks don’t own all of the risk, and the nontraditional holders of that risk don’t care about the result; they need their return and the loudest guy will call the shots.”

Those “loud” investors will no doubt increase the costs related to renegotiating lending terms. While a refinancing used to bump up a company’s costs by about 25 basis points, Derrough explained. Now, however, a company could be forced to fund a 300-basis-point difference on renegotiated terms, plus a fee for the refinancing. Some institutional debt investors make sure that a company pays enough to make it worthwhile for them to continue to invest, rather than buying the company outright, he added.

“The world people will wake up in is totally different,” Derrough said.

Bank covenants for the restaurant industry typically revolve around a company’s ratio of debt to earnings before interest, taxes, depreciation, amortization and rent, or EBITDAR, which is an approximate measure of a company’s operating cash flow. Banks also tend to set covenants around a company’s fixed costs and interest coverage, or the company’s ability to meet interest payments on outstanding debt.

Given the decline in consumer spending and the increased costs of doing business affecting everything from labor to commodities, many restaurants have been unable to keep their earnings up and their fixed costs down. And even though interest rates are dropping, banks look at the “cushion” a company has surrounding its ability to pay down debt, which rests on the bottom line.

“Everyone was drinking the Kool-Aid…but the levels of growth everyone thought were possible are no longer there,” Derrough said.

“The cure for all of this is improving EBITDA,” said Diane Shand, an S&P credit analyst.

That’s not an easy task today, as numerous companies have indicated most recently by slashing earnings projections for the current year.

“We ended the quarter with total debt-to-EBITDA, including operating leases, guarantees and letters of credit, of 4.1 times, up from 3.5 times in the first quarter, and…with total book debt of approximately $592 million,” said Marguerite N. Duffy, Ruby Tuesday’s chief financial officer and senior vice president. “Based on the uncertainty of sales, our current models reflect that we may be in violation of debt covenants in the next 12 months.”

The company is currently not in default, it added, and is working with its lenders to modify its covenants.

“We do not believe we have an operations or a cash flow issue,” said Ruby Tuesday chairman and chief executive Sandy Beall. “Our goal, of course, is to get our covenants adjusted, just as we have in the past.”

At Eagen, Minn.-based Buffets Holdings, the Chapter 11 restructuring it filed for in late January was brought on by continued net losses and a high debt burden because of its acquisition of Ryan’s Restaurant Group in 2006.

In its most recent quarter ended Sept. 19, Buffets recorded a loss of $5.3 million, which it blamed on increased consumer belt-tightening and higher labor, food and energy costs. Adding to the company’s problems was a missed coupon payment last month on $293 million of debt.

“This restructuring is driven primarily by the need to reduce the amount of debt on our balance sheet,” chief executive Mike Andrews said in a statement.

Buffets, which operates nearly all of the 626 restaurants within its 39-state system, is owned by private-equity firm Caxton-Iseman Capital LLC of New York. The company plans to keep all restaurants open during its financial reorganization. Its brands are Old Country Buffet, HomeTown Buffet, Ryan’s, Fire Mountain and Tahoe Joe’s Famous Steakhouse.