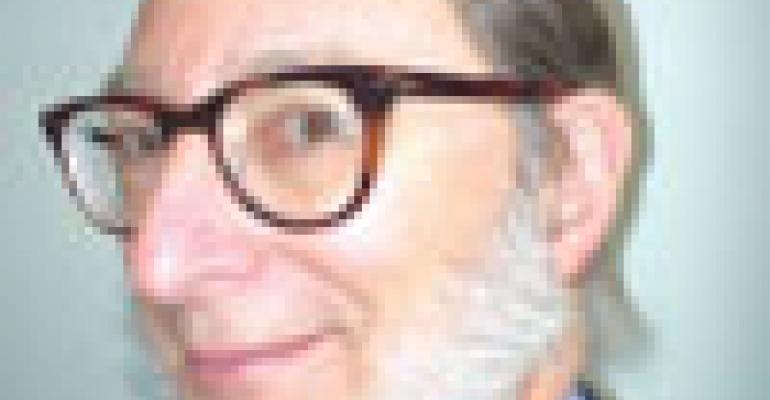 Casual-dining sector sees sales slip at the end of 2007

Knapp-Track’s estimate of the casual-dining category’s average same-store sales performance for December is an overall decline of 3.4 percent, making it the worst month of 2007.

As for customer traffic, Knapp-Track estimates that the casual-dining category’s same-restaurant guest counts for December fell 5.6 percent from year-earlier results. Traffic was off 1.7 percent in December 2006.

The estimate for the most recent December is based on weekly data, and the final accounting for the month will depend in large part on shifts in results for individual concepts based on the specific weeks included in their accounting.

In December 2007 same-store sales were positive in only one out of five weeks and were down in the other four. That same ratio pertained to weekly guest counts, with the spread between the best and worst weeks—the fourth and third, respectively—being 9 percentage points, an unusually high difference.

The comparable-sales declines resulted in part from bad weather. Another factor was a shift in shopping patterns resulting in much lower traffic to retail stores as people waited for the week before Christmas for greater discounts before they shopped.

When weather and changes in shopping patterns are factored out, the estimated December 2007 comparable-sales result for casual dining is a dip of 1.3 percent to 0.8 percent.

The sector’s overall 3.4-percent same-store sales decline for the month was below the weighted average for the entire retail industry, which was flat, as gauged by Bear Stearns’ retail analysts. The December results for retail in general were lower than they would have been because of an extra week of post-Thanksgiving sales in November, which changed purchasing patterns for that month and contributed to lower sales in December.

The pattern of the period from April 2003 through December 2007 is that Bear Stearns’ retail same-store sales results have out-performed the casual-dining sector’s in all but seven months.

In December 2007, discounters led in same-store sales with a gain of 1.9 percent, followed by drug stores, up 1.4 percent; home furnishings, down 1.7 percent; the soft-lines category, down 3.3 percent; and department stores, off 6.7 percent from year-earlier results.

The nation’s more affluent customers are emotionally but not particularly fiscally affected by adjustable-rate mortgage resets and increases in the costs of gasoline, food and prescription drugs. They are, however, affected by realized and unrealized losses in their portfolios—both personal and employer-maintained 401(k) accounts—and by bonuses and commission incomes that aren’t comparable to those in the past.

Value propositions for the majority of casual-dining concepts will continue to be important as inflation in general and increased costs for energy, education, medical care and drugs put substantial pressure on households earning less than $50,000 a year.

The latest estimate for real growth in the gross domestic product for the first quarter is just 0.6 percent, the slowest rate since the fourth quarter of 2002. However, the latest forecast for second-quarter real GDP growth is a much stronger 3.8 percent. The latest estimate for the third quarter’s GDP rise is an even stronger 4.9 percent.

The Manufacturing Index, as measured by the Institute for Supply Management, was 47.7 in December 2007, down 3.1 index points from November. An index below 50.0 indicates a contraction of manufacturing activity. After 10 months of expansion, December was the first month of contraction.

The average Manufacturing Index for the preceding 12 months was 52.2. The only good news in manufacturing was that export orders were still expanding, with a December index number of 52.5, down 6.0 index points from November. Export orders have expanded for 61 months.

Contradictory data abound as the Conference Board Index of Leading Indicators declined for three months in a row—in October 2007 by 0.7 percent, in November by 0.4 percent and in December by 0.2 percent. In January 2008, despite all the poor economic news, the Reuters/University of Michigan index of consumer confidence rose in one month to 80.5, from 75.5 in December. That increase was the first gain since July 2007.

The decent news is that from December 2006 through December 2007 the number of payroll jobs increased by a revised 1.33 million, or about 0.97 percent.

Consumers’ emotional outlook is still not good and continues to hurt casual-dining sales. In addition to political woes, the sharply declining dollar and the second phase of a credit crunch are depressing consumers and lowering their confidence, particularly their outlook for the future. In a recent New York Times/CBS News poll, 81 percent of respondents said the country is heading in the wrong direction. That was the poll’s lowest reading since the early 1990s.

The congressional and Bush administration response to voters’ fears has been to propose a short-term economic stimulus plan. The administration’s plan calls for a 1-percent-of-GDP disbursement to taxpayers in the third quarter of 2007, or roughly $140-$150 billion in personal rebates and business incentives. That resembles, at least in outline, the stimulus plan of 2001, which certainly worked for the restaurant industry.

The new plan could call for up to $600 in cash tax rebates for individuals and up to $1,200 for married couples. However, even if Congress passed legislation immediately, it wouldn’t be until June that checks would start to flow. Last time, it took 10 weeks for all the checks to go out.

Given the increase in wholesale food prices, I expect the favorable spread to continue for several more months. The restaurant-supermarket differential has provided some pricing power for restaurants, as consumers know that the cost of food has substantially increased.

A note of caution on price increases: Last June the increase in menu prices versus a year earlier was 3.4 percent. By December it was 4 percent. Pricing power peaked in September.

November 2007’s final same-store sales result for casual-dining restaurants was a decline of 2.2 percent from one year earlier. The result was 0.6 percentage points less than the below-trend November 2006 level, down 1.6 percent, which tied as the third-worst month of 2006.

This persistence in long-term unemployment is still a negative pressure on consumer confidence.

Malcolm M. Knapp is president of Malcolm M. Knapp Inc. Knapp-Track™ is an exclusive report on the casual-theme and dinner-house segment, presented on a monthly basis. Based on actual, unpublished results received from key chains, Knapp-Track™ offers a realistic gauge of the segment’s performance. All percentage changes reflect nominal dollars.