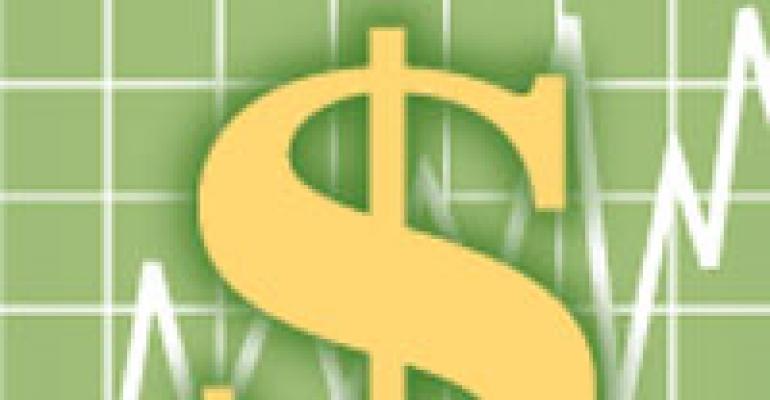 From the small, such as six-unit Sam Seltzer’s Steakhouse, to the large, like family-dining giant Vicorp Restaurants Inc., scores of restaurant operations will be working to exit bankruptcy in the months and years ahead.

For these two companies in particular, both of which were hit hard enough by macroeconomic factors and self-inflicted wounds to file for Chapter 11 bankruptcy protection last year, the end of the road comes next month.

The leaders at Sam Seltzer’s and Vicorp say that in navigating the bankruptcy process there are best practices to consider and pitfalls to avoid. Most importantly, they add, there is a light at the end of the tunnel. To reach it, goals must be clear, executives must make tough decisions, and support needs to be garnered from employees, vendors and customers.

“For us, it was, not only are we in Chapter 11, we’re also in the deepest recession we’ve seen in 80 years,” said John Mountford, chief executive at Sam Seltzer’s Steakhouse. “When [the court] said ‘Congrats, your plan is confirmed,’ well, I’ve never had the privilege of giving birth, but it was a birthing experience for me. …We’re on the other side.”

Foodservice consulting firm Technomic Inc. has tracked at least 45 restaurant companies that have filed for bankruptcy since the beginning of 2008, the majority of which under Chapter 11, meaning they are looking to restructure or sell. Many are well known, including the parent companies to the Ryan’s and Black Angus Steakhouse chains. Mounds of additional paperwork exist under lesser-known operations in bankruptcy, like Rosario’s Mexican Restaurant in Nashville, Tenn., or Sara’s Family Restaurant in Ft. Wayne, Ind.

Mountford and his Tampa, Fla.-based team have experienced a rough eight months since filing for Chapter 11 bankruptcy protection late last June. Like many, Sam Seltzer’s was a victim of too much growth, too much debt and the harsh economy, especially in Florida. Along with the backing of its largest lender, Capital Resource Partners, the company filed to restructure its operations and finances.

Mountford said the most important elements of any restructuring are beginning with the end in sight, acting quickly and keeping a focus on the people upon whom the organization relies, including employees, vendors and customers.

“The first rule in making money is to stop losing money,” he said. “A lot of decisions you make in the beginning are crucial.”

Immediately after the paperwork was completed, Mountford called every restaurant manager and vendor personally to both explain the company’s situation and outline the new game plan. Sam Seltzer’s was able to keep working with every vendor except one through its bankruptcy with very few hiccups, he said.

As expected, the chain was forced to streamline its operations. The corporate staff was reduced from 23 to eight employees, and three out of nine locations were shuttered.

“The toughest piece is sharpening the saw and making one deep cut through the fat, through some of the muscle, but careful enough not to touch the bone,” he said.

After a few weeks, the business settled down, and the focus became execution, including making sure payments were made, employees were taken care of and customers understood that the brand was still there to serve them. The company worked to improve its food, its operations and service, and this past holiday season, Sam Seltzer’s sold more gift cards—despite bankruptcy and weak consumer spending—than it had in years past. It was a testament, Mountford said, to a growing trust with the concept’s customers.

The company’s goal is to operate as leanly as possible, with cash only, at least through the tourist season of 2010, Mountford said. Only then will it feel like the chain is out of the woods, he added.

“Navigating your way through is precarious,” he said. “If you don’t have a team that rows like mad, there is nowhere to steer to. It’s been an easy steer for me with this team.”

At Denver-based Vicorp, a court-approved buyer has been identified, and an auction is set for next month, effectively bringing the 300-plus-unit operation to the end of nearly a year in Chapter 11 bankruptcy.

“When you have the right concept, the right management team and the right plan, there is light at the end of the tunnel for restaurant companies,” said Hazem Ouf, president and chief restructuring officer of Vicorp.

Vicorp, like many restaurant companies, was saddled with debt and operated two concepts, Bakers Square and Village Inn, in the weak family-dining segment. It filed for Chapter 11 in April 2008.

The first rule in making money is to stop losing money. A lot of decisions you make in the beginning are crucial.

Vicorp will be Ouf ‘s fifth restructuring in the industry, following his work with Grandy’s, Souper Salad, Black Angus and Constellation Brands. He echoed Mountford’s sentiments that an organization’s people are the driving force behind successfully completing a bankruptcy.

“A lot of people focus on the financial restructuring, but you can’t forget about the employees and customers,” he said. “Your ability to take care of the guest will allow your operation to exit.”

Ouf said it could take three years for a company to fully recover from a large bankruptcy. The first year is typically a healing process, the second year is about executing the game plan, and the third year is when returns start to show, he explained.

Before companies can be fortunate enough to see returns, however, a lot of work and financing is required. Given the weak credit markets, securing financing is not so easy. Companies should line up financing prior to entering bankruptcy by communicating well ahead of time with their banks and other lenders, sources said.

Working in the restaurant industry’s favor is the fact that senior lenders want to keep restaurants open to produce cash, said Gene Baldwin, a partner at restructuring advisor CRG Partners Group LLC. Unlike in retail, where liquidation may be a favored option because lenders calculate the value of inventories that can be sold, restaurants are valued on the basis of their cash flow, which only exists when a company is up and running.

CRG Partners, which focuses on corporate turnarounds, bankruptcies and financial advice, has worked with numerous restaurant clients. One of CRG’s partners, Lisa Poulin, currently is the chief restructuring officer at Black Angus Steakhouse parent ARG Enterprises Inc., which filed for bankruptcy last month. Sources have said ARG will use its Chapter 11 to conduct a sale to new owners.

Baldwin predicted that for the dozens of restaurants that file for Chapter 11, there would be dozens more that choose to undertake a restructuring outside of the court system. The largest pitfalls to avoid in either scenario, he said, include going into a restructuring without an exit plan that all parties—management, shareholders and lenders—have agreed to, getting hung up in fights with creditors, and not having enough money to make it through.

When executed correctly, a restructuring can bring a company back from the brink.

“It lets you get back to the core business that makes money,” Baldwin said. “You get through it, you maximize the profits…and you have a better company for it.”