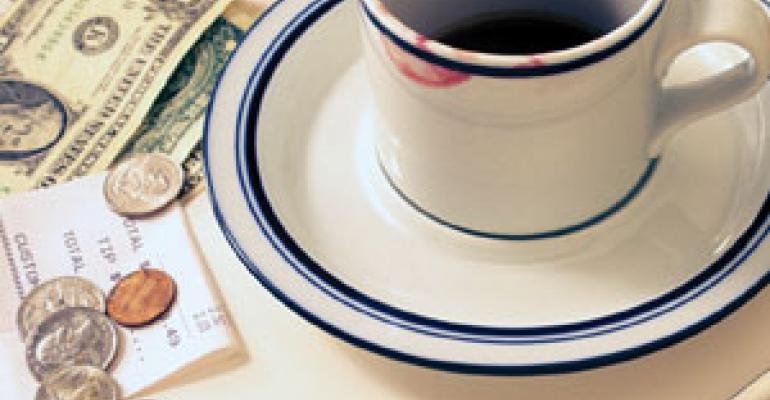 The outcome of a class-action lawsuit alleging that Applebee’s International Inc. underpaid tipped employees who regularly performed hourly wage duties could change labor practices in the full-service segment, say those familiar with the case.

Even as a U.S. magistrate judge in the Western District of Missouri recently ordered Applebee’s to attempt a mediated settlement with a plaintiff class that could top more than 42,000 current and former employees, the suit is attracting interest far beyond Applebee’s as the resolution could impact the routine employer practice of assigning servers in the same shift to jobs that pay an hourly wage.

“The Applebee’s litigation and increasing scrutiny from the Department of Labor raises the issue of whether restaurateurs will continue to be able to cross-train their servers and include side work in front-of-the-house job descriptions to the extent the industry has historically,” said Carolyn Richmond, an attorney who represents hospitality employers for Fox Rothschild in New York. Although Richmond has no involvement in the Applebee’s litigation, she is watching it closely.

“Whether restaurant owners can keep the tip credit alongside of side work is the multimillion-dollar question operators face when they have the plaintiffs’ bar knocking at their door,” Richmond said.

In Fast vs. Applebee’s International, a tipped employee alleged that the Overland Park, Kan.-based owner of the 1,943-unit Applebee’s Neighborhood Grill & Bar brand routinely and deliberately shortchanged him and his tipped peers when they were required to work more than 20 percent of their time on nontipped work that was not compensated at the full minimum wage. The Fair Labor Standards Act establishes 20 percent as the threshold of time when the full minimum wage applies in such instances.

Originally filed in the summer of 2006, the lawsuit seeks a judgment that is “fair and reasonable,” legal costs and interest on the allegedly unpaid wages. In June, federal judge Nanette Laughrey in the Western District of Missouri granted the lawsuit class-action status and required Applebee’s to provide the plaintiffs with a list of all current and former employees who would be eligible to “opt in,” or join the suit.

In mid-October, William Knox, magistrate judge in the Western District of Missouri, ordered the disputing parties to hold a mediation conference Feb. 5, 2008.

Although Applebee’s earlier motion to dismiss the lawsuit was denied, the company won a modest point when the plaintiffs dropped one of two original counts charging the company with requiring tipped employees to check in 15 minutes before their shifts began—called “Appletime” by Applebee’s employees—to do nonserver work for which they were allegedly not paid. While Applebee’s reported that the plaintiffs dropped the Appletime allegation for lack of evidence, the plaintiff’s attorney said that he could still restore the count at a later time.

In the litigation, bartender Gerald Fast, who has worked at two Applebee’s company stores in Missouri since 1998 and is currently working at a company store in Columbia, Mo., alleged that his bosses took a tip credit for his efforts even when he spent more than 20 percent of his time on nontipped, minimum-wage chores. Fast contended that he often rotated for short periods of time in the same shift through such varied duties as cook, expediter and host before exclusively becoming a bartender in May 2005.

With the notable exception of California and six other states that have no tip credits, employers elsewhere can pay a designated fraction of the prevailing minimum wage—the higher wage between the state or federal government’s minimum applies—if an employee routinely earns more than $30 a month in tips.

Chip Gentry, the plaintiff’s attorney, said Applebee’s unlawfully applied a tip credit when Fast and other servers performed such duties as digging through trash to recover silverware, scrubbing the dumpster, taking phone orders and a host of custodial chores that even included shoveling snow. He charged that in many cases tipped employees spent 40 percent to 70 percent of their time on jobs for which they should have been paid the minimum wage.

In its failed bid to dismiss the case, Applebee’s acknowledged that servers and bartenders are expected to spend a certain amount of time on nontipped subtasks consistent with their occupations. But the amount of time spent on minor food prep, setting a table, restocking the bar and other simple inventory and cleanup details is so miniscule as to be insignificant and would be exceptionally difficult to measure, let alone document, in the course of a shift, the company argued.

Insisting that Applebee’s does not cheat its employees out of their pay, Frank Ybarra, director of governmental affairs for Applebee’s, said he fears the court has gone too far in its interpretation of the U.S. Department of Labor’s Field Operations Handbook—a massive tome that attempts to describe in detail the tasks of tens of thousands of jobs. In so doing, Ybarra stated that server pay could decrease everywhere if the court’s interpretation holds.

“The court has essentially ruled that restaurants must meticulously and separately record dozens of time entries and corresponding tasks throughout the day, sort through these various tasks at day’s end, and calculate pay on a task-by-task basis,” he said. “If the court’s interpretation were to be applied, it would mean that a bartender might have to be paid the regular minimum wage for tasks such as slicing limes or wiping down the bar, but could be paid the tipped wage for pouring drinks.

“It would create a logistical nightmare for restaurants and employees. More importantly, it would likely result in tipped employees ultimately earning less total compensation, [since] tipped occupations are among the highest paid in the industry.”

Attorneys watching the progress of the lawsuit say that Fast vs. Applebee’s makes for compelling reading by exposing how the law fails to keep up with the fast-paced changes occurring in the modern foodservice workplace.

They note that full-service employers have been rotating staffers in the same shift between different tipped and nontipped jobs as a practical course of operations for decades, especially when it comes to experienced or versatile workers. Lawyers note that it is only among union houses or fine-dining venues where custom or contracts condemn the practice.

“What the Applebee’s litigation tells the industry is that they literally have to have a manager stand in the dining room with a stopwatch and make sure that side work does not exceed 20 percent of a tipped employee’s job duties—it’s almost Orwellian,” Richmond said.

While Gentry acknowledges that his clients’ experience and versatility is not a crucial point in the lawsuit, he pointed out that, in general, foodservice employers have long assigned skilled tipped employees to jobs where they should have been compensated the minimum wage and were not.

“I guess what is worrying is that there are employers out there who will pay a Jack-of-all-trades bartender, say, less than the minimum wage when they cleanup or stock inventory,” Gentry observed. “It’s not right.”

Meanwhile, Gentry reported, he has until Dec. 24 to contact more than 42,000 former and current Applebee’s employees from a list the company was ordered to turn over to see if they want to join the lawsuit.