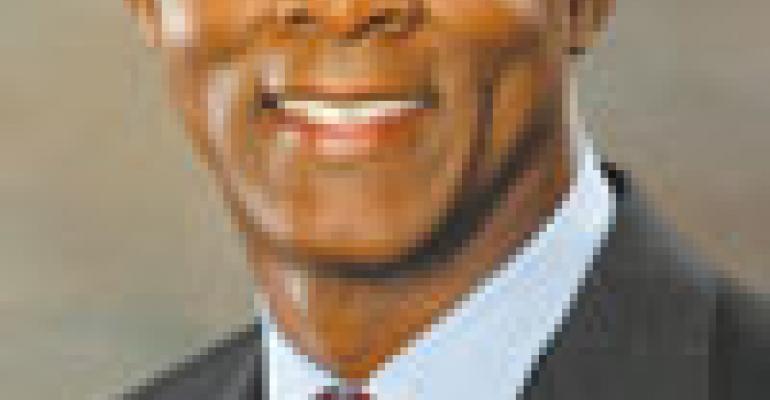 The restaurant industry will face the good, the bad and the ugly in the year ahead.

The good: By nearly all accounts from restaurant operators, industry observers and economic pundits, 2010 will be better than 2009.

The bad: Last year was one of the worst years on record for the restaurant industry—with total industry sales expected to post a decline for the first time—meaning that not much improvement will be needed for 2010 to outperform 2009.

The ugly: A total macroeconomic recovery is expected to be slow, especially as unemployment rates—a key indicator of economic and consumer health—are expected to remain high for at least two years. In addition, many fear that the restaurant industry will not rebound quickly from this latest downturn, as it has following past recessions, because it is unclear whether consumer behaviors toward spending have changed permanently.

“The standards to which diners hold restaurants will never go ‘back to normal,’” Ron Paul, president of Technomic Inc., said in his firm’s latest Foodservice Digest. “In 2010, we expect Americans will continue to eat out less than they once did and demand more when they do visit restaurants.”

Together, the projections for 2009 and 2010 mark the first two consecutive years of sales declines since Technomic began tracking data in the 1970s.

“Expect continued slower traffic,” Tim Powell of Technomic said at the market research firm’s Forecast and Outlook presentation last fall. “A lot of people are not going to feel good about going out to eat. There is a ways to go before we see a rebound.”

The usual suspects will continue to hurt the industry. Unemployment is expected to hover around the 10-percent mark through 2011. Lower consumer confidence, which has remained sluggish for more than a year, continues to eat into consumer willingness to spend. Meanwhile, disposable income remains shrunken given job losses, and feelings of wealth remain dulled by lower home values and the erratic stock market.

To overcome the challenges still present in 2010, restaurants will have to function as leaner operations, provide consumers compelling reasons to visit, and above all, offer value, whether via price points, added services, or enhanced ambiance.

According to a recent survey from the National Restaurant Association, 45.5 percent of restaurant operators said that promoting the value of products and menus would be their key operating strategy in 2010. The focus on value was head and shoulders above the next cited strategies for the year, including keeping costs low, 23.8 percent; a focus on sustainability, 18.8 percent; and introducing more healthful menu items, 9.9 percent.

“The two different ways to affect the value equation from a consumer standpoint are either to improve the experience, so grow the numerator, or reduce the price, thus reducing the denominator, or do both,” he said during a conference call with investors last month. “We will be focusing more on product and service differentiation [in 2010], but we still also talk about value.… We are going to be doing both.”

Oklahoma City-based Sonic, which operates or franchises more than 3,500 drive-in restaurants, has struggled of late, mostly as growing unemployment has begun to eat at sales. The company’s profit, revenue and same-store sales all fell during its latest quarter, and Sonic reduced its expectations for the year ahead.

“There is an enormous premium on execution,” said Malcolm Knapp, president of Malcolm M. Knapp Inc., a New York-based restaurant consultant. “That’s the permanent change [from a consumer standpoint], it is about performance.”

Knapp noted that the restaurant industry is competing for the almighty dollar not just within segments or brands, but against all other industries vying for a piece of the smaller spending pie. The experience of the dining out occasion will dictate whether the consumer chooses to spend at that establishment again, or whether with the restaurant industry at all. Because consumers have cut spending for more than a year, a backlog exists on items like cars, clothes, technology and homes, Knapp said. People may elect to spend on those items before spending at restaurants, he said.

“In the new consumer mindset, there is a fixed bag of money and that is it,” Knapp said. “People have rules now, and they are following them.”

Once job creation begins, spending is sure to follow, Knapp contended. Already, job losses slowed in November, compared with earlier months, and upper-income families are showing small signs of spending again. According to the latest government data, U.S. incomes climbed by about 0.4 percent in November, and spending increased by about the same amount. Those results are still anemic compared to pre-recession levels, but do show improvements.

“As jobs improve, more hours are logged, more income is earned…and a couple of months into that, some consumer behaviors will be altered,” Knapp said.

Last month, Orlando, Fla.-based Darden Restaurants Inc., which operates about 1,790 restaurants, said it was seeing signs that consumer confidence is starting to rise.

“We do think that sentiment has gotten a little bit better as we look at our business across a lot of different cuts, and I would suspect that a lot of that has to do with the abatement in job losses and a little bit less concern about job security,” Clarence Otis, Darden’s chief executive, said during a conference call with investors.

Two recent surveys also forecast a slightly sunnier picture of the unfolding year among both consumers and franchise business leaders.

The Conference Board’s Consumer Confidence Index showed its second straight gain in two months in December, with the consumer outlook for the months ahead reaching a two-year high. The Conference Board, a New York-based research group, said the index, which is based on a survey of 5,000 U.S. households, rose in December to 52.9, from 50.6 in November.

The Conference Board Expectation Index, which measures survey respondents’ outlooks for upcoming months, increased to 75.6 in December, from 70.3 in November, reaching its highest level in two years. Growing optimism about the business environment and the labor market drove the increase, The Conference Board said.

Franchise business leaders also are feeling more upbeat about the U.S. economy’s performance in the next 12 months, according to the International Franchise Association. The Washington, D.C.-based IFA surveyed its members in mid-November and more than half of the 164 respondents said they believe the economy will be better in 2010. Two-thirds of respondents said they expected their respective businesses to do better in 2010 than in 2009.— [email protected]