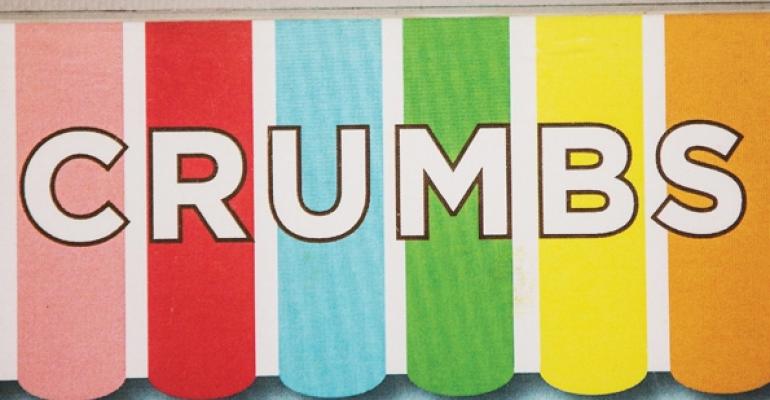 Crumbs Bake Shop, once at the forefront of a booming gourmet cupcake trend, reportedly is shuttering all its remaining locations — its last investor press release counted 65 units in 12 states — after getting dropped from the Nasdaq stock market last week.

In a statement emailed to the Associated Press and the Wall Street Journal, the company said, “Regrettably, Crumbs has been forced to cease operations and is immediately attending to the dislocation of its devoted employees while it evaluates its limited remaining options,” which could include a Chapter 7 bankruptcy filing.

According to a Form 8-K report filed July 3 with the Securities and Exchange Commission, Crumbs’ stock was suspended July 1 from the Nasdaq exchange. The suspension triggered a default on $9.3 million in senior secured convertible tranche notes and $5.1 million in unsecured notes.

At the end of 2013, former president and chief executive Julian Geiger said he would not extend his employment contract that terminated at the end of the year. Edward Slezak was named interim CEO at that time and appointed to the post permanently in March 2014.

The gourmet cupcake segment remains with two privately held chains of scale approaching that of Crumbs, including New York-based Magnolia Bakery and Los Angeles-based Sprinkles, which attracted a private-equity investment from KarpReilly LLC in January 2013. However, at least one industry observer noted the difficulty placed on the segment by escalating real estate costs and the growing trends toward health and wellness.

Kevin Burke, managing director of Los Angeles-based Trinity Capital, said Crumbs’ downfall was predictable because of its strategic vulnerabilities as a specialty-dessert concept, coupled with expensive difficulties of being a public company.

The other problem for Crumbs or any other cupcake or dessert shop is frequency, he added.

“What does the best customer for a chain like this look like?” Burke said. “With the rise of health and nutrition trends, I think it’s difficult to sell Millennials or Gen Xers on a 600-calorie, 30-gram-of-sugar dessert more than on Valentine’s Day or a couple times per year.”

Crumbs had a strong base of locations in New York City and expanded to other major cities, but that brings the problem of onerous occupancy costs, he said.

“Rent is very hard for specialty concepts to master each month,” he said. “Locations that have lower break-even levels can go longer with a diminution in sales before it’s lights out. … There’s nobody that doesn’t love a good cupcake, doughnut or cookie, but is frequency increasing or not? Which of these concepts with the right overhead and daypart mix will survive? You have to do business all day long to pay rent.”

If business results start to falter slightly, it compounds the pressure on publicly traded companies to maximize shareholder value and maintain the costs of being public, Burke added. The case of Crumbs shows the consequences emerging chains must weigh when deciding whether to go public or to build scale through other financing means like private equity.

“When tiny companies go public and are microcap stocks, they often don’t have a good following with securities analysts, and if their sales trend down, they lose a lot of coverage,” he said. “Over time, you can have all the costs of being public but not be able to issue additional shares. Then you bear the cost of putting on conference calls with nothing good to report.”