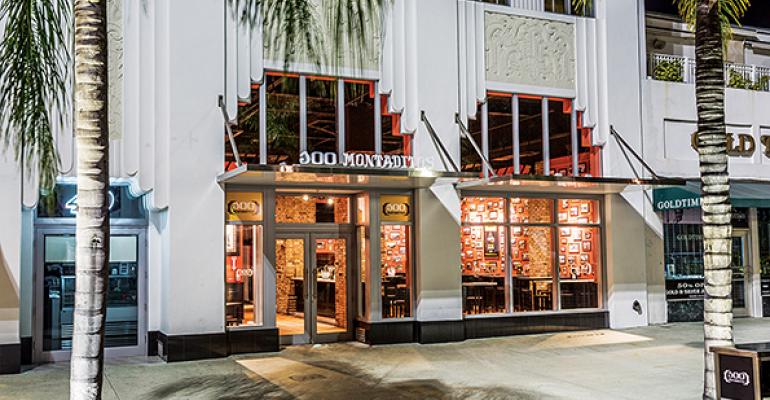 100 Montaditos emerged from federal bankruptcy protection with a reorganized and consolidated U.S. business, and plans to restart growth, the company said Thursday.

The Spanish chain, which had planned aggressive growth in the U.S., filed for Chapter 11 bankruptcy protection in March in a series of 14 filings, after many of the chain’s locations lost money. The bankruptcy was largely limited to the company’s Florida locations.

A judge in U.S. Bankruptcy Court in Florida approved an agreement Wednesday between 100 Montaditos and its creditors.

“It is with great pride that we’re able to share we have emerged from bankruptcy within eight months, and accomplishment that can only be attributed to our dedicated teams in the U.S. and Spain,” 100 Montaditos managing director Ignacio Garcia Nieto said in a statement. “We look forward to continuing developing the 100 Montaditos brand and demonstrating our commitment to the U.S. market, our customers and existing franchisees.”

Nieto, who had been franchise director for 100 Montaditos in the U.S. and Latin America, now leads the company’s U.S. operations as managing director.

100 Montaditos is a popular fast-casual concept that specializes in bite-sized sandwiches on small baguettes made with premium ingredients. The sandwiches are priced from $2 to $3.

The company opened its first unit in the U.S. in Florida four years ago, with plans to expand aggressively in that market. It had 17 locations and had been considered a hot concept by this spring when it unexpectedly filed for bankruptcy, despite having no secured debt.

The chain closed 10 locations, all of them in Florida, during the bankruptcy. 100 Montaditos now has five locations in Florida, along with one each in New York City and Washington, D.C.

The company plans to restart growth, with a new location in Doral, Fla., set to open in the next few months. The chain also opened a location in Miami Lakes, Fla., in July.