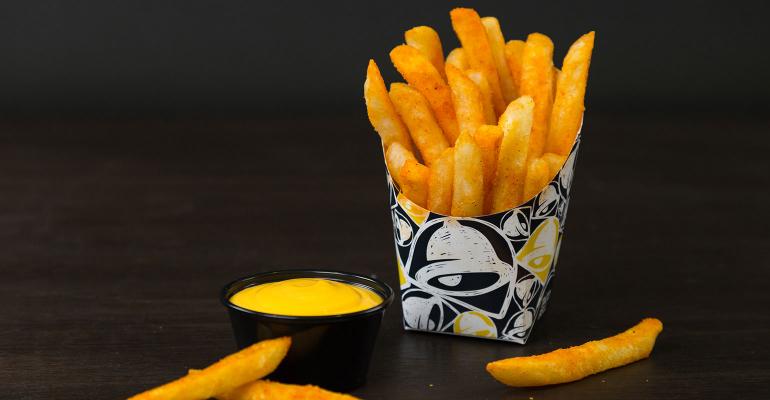 Taco Bell to bring back Nacho Fries for third time

Taco Bell is bringing back Nacho Fries for the third time since launching the record-breaking LTO a year ago.

The seasoned fries, which come with a side of cheese sauce for dipping, will land on menus Jan. 24. The Irvine, Calif.-based chain first launched Nacho Fries on its now defunct Dollar Cravings menu in late January 2018. About two months later, the company said the fries had become the most successful new menu item to ever launch on its menu, ousting Doritos Locos Tacos.

The fries eventually left the dollar menu and returned in mid-July at a slightly higher price: $1.29. This year, the starting price will again be $1.29, Taco Bell said.

As a teaser, some Taco Bell restaurants are randomly giving away fries to “unsuspecting customers” this Friday, Jan. 18, from 10 a.m. and 2 p.m. at select locations nationwide.

The 14 restaurants participating in the event are in California, Texas, Virginia, Maryland, New York, Ohio, Pennsylvania and Illinois. Two of the stores are franchises.