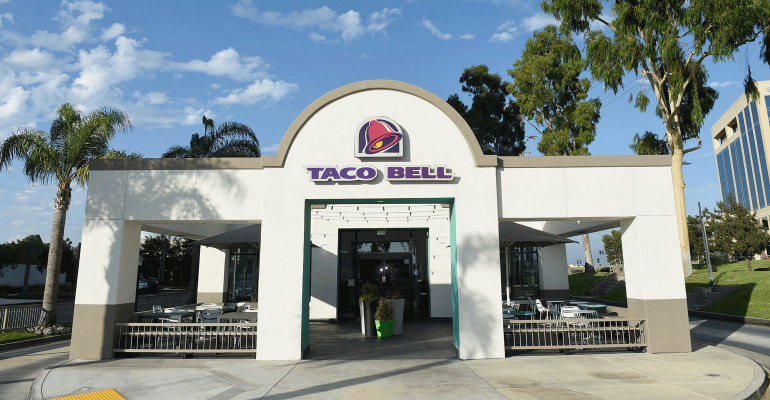 Taco Bell is scrapping its dollar menu and introducing a new Cravings Value Menu, a broader menu featuring more than 20 fan-favorite foods ranging in price from $1 to $5.

The rebrand of the dollar menu, the second value menu tweak over the course of a year by the chain, debuts Dec. 27. The Irvine, Calif.-based quick-service chain said the Cravings Value Menu will be divided into four categories: Tacos & Burritos, Specialties, Sweets and $5 Boxes. 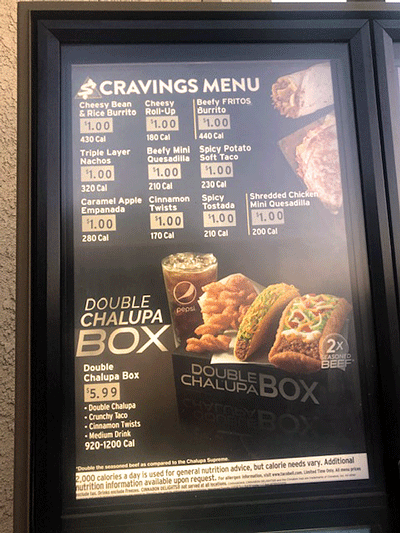 The format change was done “to give fans a variety of the flavors they love, in a more central, uniform format,” Taco Bell said.

To celebrate the value menu revamp, Taco Bell is introducing two $1 Grande Burritos in late December. The LTOs, which were tested in Birmingham, Al., last year, include a 6-ounce three-cheese nacho burrito and a 7-ounce chicken enchilada burrito. 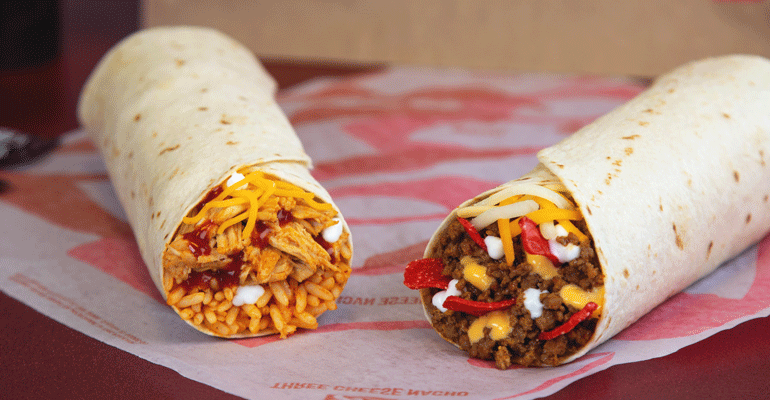 This is the second value menu tweak in less than a year for Taco Bell.

Last December, the chain announced plans to add at least 20 more items to the three-year-old value menu over the course of 2018. One of its biggest $1 LTOs was Nacho Fries, which became the chain’s bestselling new product.

Taco Bell said it will continue to add new menu items to the revamped value menu throughout 2019.

Last week, during an Investor Day conference in New York, Taco Bell co-president Julie Felss Masino said 2019 would be a “big year” for both value and innovations at Taco Bell.

In January, McDonald’s introduced a $1 $2 $3 Dollar Menu. In the summer, the Chicago-based burger chain also launched a 2 for $5 combo deal.

Earlier this year, Lake Forest, Calif.-based Del Taco added a Buck & Change menu.  The menu allowed the brand to promote value items that are just beyond $1, but do not fit under the Buck & Under menu.