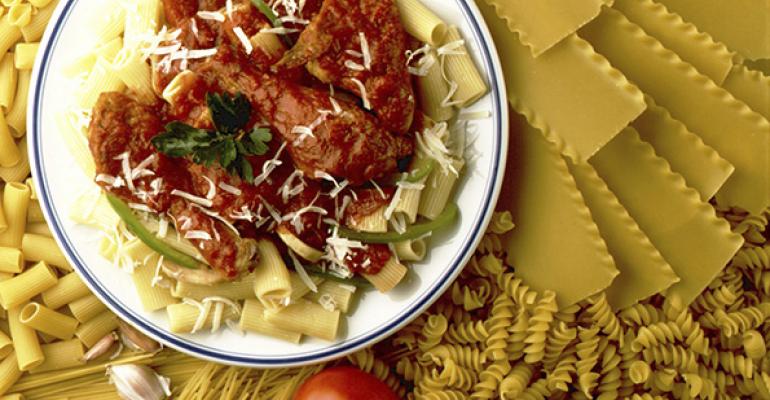 Consumption highest in the Northeast

When it comes to ethnic food in America, no other cuisine is as popular as Italian food, according to a recent report by the National Restaurant Association.

The NRA defines “ethnic” cuisine broadly as any cuisine originating in a different country or within a specific region of the United States. The recently released study was the first the NRA has conducted in 16 years.

Although Italian food is popular across the country, it is particularly popular in the Northeast, where 71 percent of respondents said they eat it frequently, at least once a month.

The Northeast is also home to 44 percent of Italian-Americans, according to the United States Census Bureau, and the NRA found that 43 percent of respondents said the ethnic foods they like to eat are tied to their family’s “ancestry or heritage.”

That’s particularly true with “frequent ethnic cuisine eaters,” which the NRA defines as people who eat at least four different ethnic cuisines each month. Among respondents who put themselves in that category, 60 percent said they are more likely “to tie their favorite ethnic food to their family history.”

Appreciation of Italian food is widespread among all age groups, although it peaks with people ages 35 to 54. Ninety percent of frequent ethnic cuisine eaters surveyed said they eat Italian food at least once a month, although that figure dropped to 83 percent of surveyed Millennials, ages 18 to 34.

Respondents in households with children were more likely to frequently eat Italian food than those from households without kids — 68 percent compared with 58 percent.

Italian food is widespread enough that even unadventurous diners frequently eat it. Among so-called “stay-in-lane diners,” who told the NRA that they know what they like and prefer to order those things in restaurants, 53 percent said they eat Italian food frequently. That’s compared with “experimental diners,” who are open to trying new dishes occasionally, but mostly order what they know they will like, and “adventuresome diners,” who say they enjoy trying dishes they’ve never had before. Sixty-five percent of experimental diners and 59 percent of adventurous diners surveyed said they eat Italian food frequently.

Restaurants with table service were the most common sources of Italian food for respondents, 61 percent of whom said they ate it there. Fifty-five percent of those surveyed also cook Italian food at home, followed by takeout or delivery, at 35 percent. Sixteen percent of respondents said they dined in at limited-service restaurants, and 15 percent said they got takeout from grocery or convenience stores.