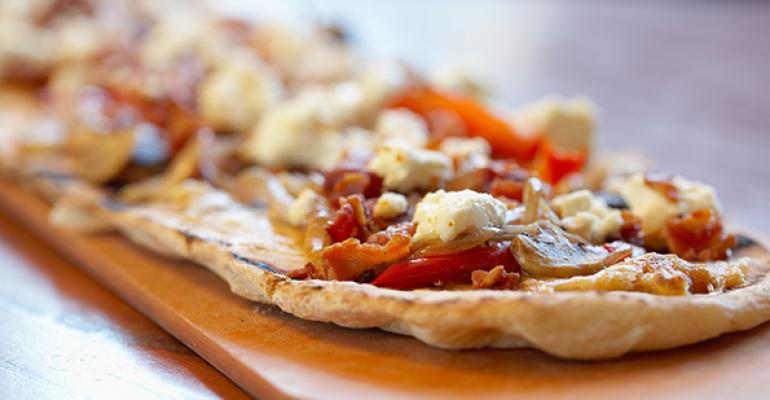 Male football fans not the core consumer of pizza

If the term “pizza lover” brings to mind young, possibly overweight fraternity brothers chugging brews while watching football, you might want to change your perspective, according to a new study, which finds that the average American pizza lover is a woman in her 30s who exercises twice a week.

The study, conducted by the Center for Generational Kinetics, a research firm specializing in Millennials, and Smart Flour Foods, a gluten-free pizza crust supplier, defined a pizza lover as someone who both orders pizza from restaurants and buys frozen pizza from supermarkets at least once a month.

The two companies queried 1,004 American adults in May of 2015 who fit their definition of pizza lovers.

They found the following:

• 63 percent of “pizza lovers” are women.
• 59 percent are aged 35 or older.
• 68 percent exercise twice or more per week.
• 78 percent of pizza lovers like to have soft drinks with their pizza, not beer

Those figures might be different for the restaurant pizza enthusiast, since the “pizza lover” defined for this study also bought retail pizza, but study co-author Sameer Shah, vice president of marketing for Smart Flour Foods, which operates in the retail space, still said he didn’t expect the results that he got.

“One of the big surprises for me was the percentage of women and the percentage that exercise,” Shah said. “Generally you think of pizza as an indulgent food and a lot of times you associate it with guys and football and parties an that kind of thing. So finding that 63 percent [of pizza lovers] were women was definitely eye-opening for me, and then seeing how many indicate that they exercise twice a week or more was pretty interesting.”

The other co-author, Jason Dorsey, chief strategy officer for The Center for Generational Kinetics, said the study showed that consumers view pizza differently than conventional wisdom. “It shows that how the population thinks about pizza in general is very different than I think our perception of those who eat pizza frequently. … I love whenever you find something surprising like that,” he said.

The study found that people aged 35 and under thought factors involving perceived health and environmental issues were more important than older people did:

Dorsey said Millennials, which he defines as people born between 1977 and 1995 (currently aged 19-38), are the fastest growing generation of adults and are poised to outspend Baby Boomers (aged 50-70) by 2017. More importantly, he said, their decisions are leading indicators of where society as a whole is going.

The desire for perceived better and cleaner ingredients “is not a fad, it’s not a snapshot in time. This is a real value that drives their decisions,” he said.

He added that pizza fits well into Millennials’ notion of eating out as a social event — and for sharing on social media. And the study found that 37 percent of “pizza lovers” have taken a picture of pizza and shared it online.

“It’s almost designed to be photographed, and it’s a communal food,” Dorsey said. “We know for Millennials eating out is an event — we’re a very event-driven generation — and so it’s a perfect food for a lot of these trends coming together,” he said.