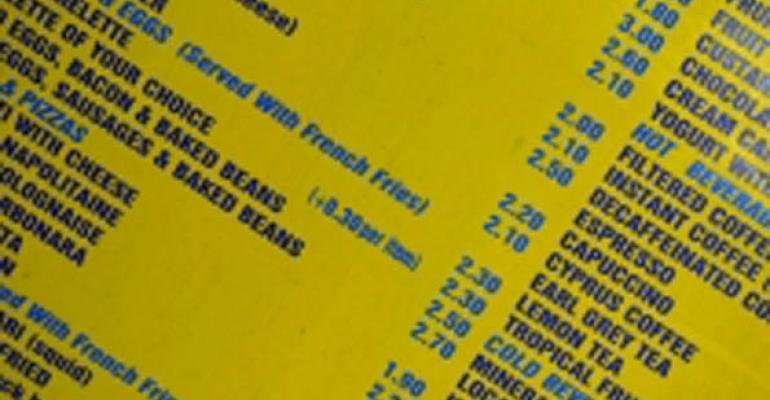 For middle-income consumers, low prices are the most important factor — more so than convenient location, fast service, and order accuracy — when it comes to deciding which limited-service, dine-in restaurants to patronize, wrote Technomic, Inc. Editor Aimee Harvey in a blog post Thursday.

The blog post was based Technomic’s “The Influence of Income Consumer Trend Report,” which examined 2,000 consumers from four economic groups — working, lower middle, upper middle, and affluent — and analyzed their attitudes about dining out. The study showed that middle-income consumers, which made up 50 percent of the 2,000 individuals surveyed, are sometimes still clutching their pocketbooks despite the softening recession.

The report also found that more traditional health claims, such as low calorie or fat free, were appealing to upper-middle consumers, Harvey wrote.

Middle-income consumers are important because they make up the biggest segment of the restaurant-going population, said Sara Monnette, director of consumer research at Technomic. “They’re not the heaviest patrons of restaurants — those are the affluent consumers,” she said. “But they’re very important because of their size.”

According to Harvey’s post, 71 percent of upper-middle consumers said they use restaurants as social venues to catch up with friends and family. “It’s all about atmosphere,” Harvey wrote of the middle-income group. “Restaurants and/or bar areas with an energetic and fun ‘gathering place’ feel can be a draw for this base.”

The middle-income group as a whole also expressed a desire to dine out more often than they currently do, which may explain why low cost is a high priority.

Restaurant chains from the full-service category are apparently already responding to these middle-income consumer desires. Red Lobster, for example, will include more items that cost fewer than $15 on its new core menu, set to launch Oct. 15, in an attempt to get customers to come in to restaurants more often, said Red Lobster Executive Chef Michael LaDuke.

Outback Steakhouse, Applebee’s, and Chili’s offer bundled meals, which offer customers multiple courses for a fixed price. The goal of these types of promotions is to drive traffic into restaurants, despite the state of the economy, restaurant officials have noted.

“Getting more granular into consumer behavior is increasingly important because there are so many different options out there,” Monnette said. “Everyone’s trying to carve out their niche.

“The more they know about the customers they’re trying to target, the more successful they’re going to be.”