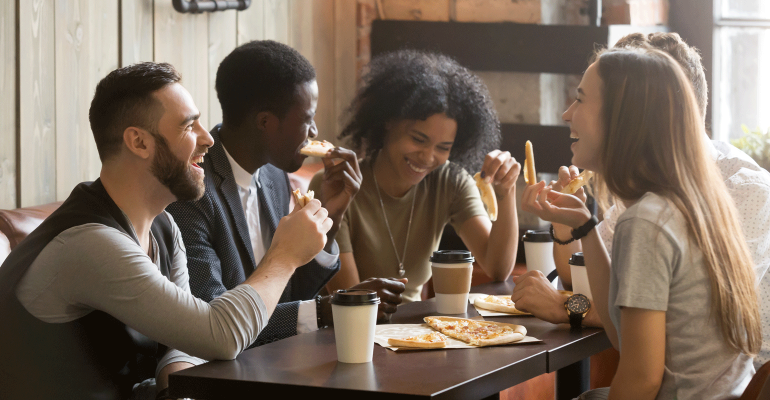 “There’s finally light at the end of the tunnel,” says analyst Larry Miller

Restaurant industry sales trends improved in the second quarter, which, combined with the improving economy and other factors, has created a positive outlook for the year overall, said Larry Miller, co-founder of MillerPulse, a restaurant data and information service.

Second-quarter same-store sales among quick-service and casual-dining chains rose about 1.4 percent compared with the year-ago period, according to the MillerPulse data.

“There’s finally light at the end of the tunnel,” said Miller, who predicted that same-store sales for the full year will be up a little more than 1 percent, compared with flat sales in 2017.

“Progressively, things have gotten better since the start of the year,” he said. “We started out sluggishly in the beginning of year, and we added a whole point of growth between the beginning of the first quarter and the end of the second.”

Miller cautioned, however, that the sales gains are being driven by price increases rather than by traffic. Still, he said, the decline in traffic is slowing, which bodes well for the rest of the year. Traffic was down 1 percent for the second quarter, compared with a decline of 2.3 percent in the first quarter.

“If traffic were getting worse, we would definitely not be saying we see the light at the end of the tunnel,” said Miller. “Traffic is still negative, but it is less negative than it was.”

The fact that the slowdown in traffic is abating even as menu prices have risen is encouraging, he said, as it signals that consumers have accepted the higher pricing.

In addition, the steadily improving economy, along with less price competition from the grocery sector and a slowdown in new unit expansion among restaurant operators, provides a positive backdrop for the second half of 2018.

“Taken collectively, the outlook is much better — it’s still not great — but much better than it was,” said Miller.

Miller said he expects restaurant unit expansion of about 1.5 percent in 2018, compared with 3.5 percent a year ago and expansion of 4 to 5 percent or more in the previous couple of years, during the economic recovery. That slowdown in new-unit growth should translate into improving same-store traffic trends in the coming years, he said.

While Miller is optimistic overall on the outlook for 2018, he noted that the performance of the casual dining sector has been “choppy.”

“Casual dining is certainly less consistent,” he said. “If we were just looking at that segment of the industry, we probably wouldn’t we saying we see the light at the end of the tunnel. It is improving, but it is more volatile in that segment of the business than it is in fast food, which is improving in a more linear fashion.”

MillerPulse for NRN is a quarterly look at the restaurant industry same-store sales and traffic with Larry Miller, founder of restaurant data and information service MillerPulse.