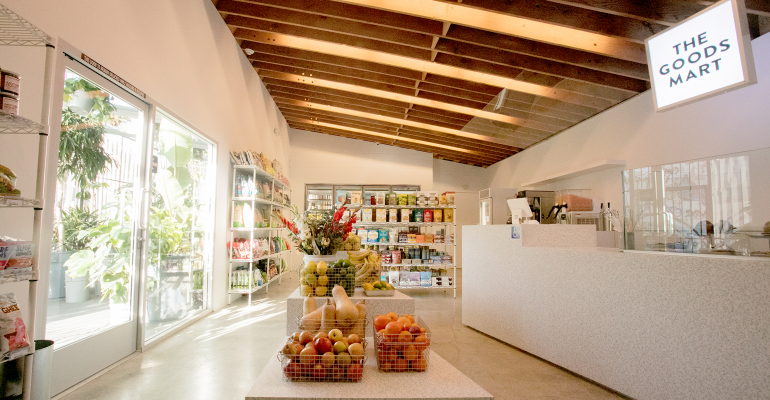 In April of this year, Krupa opened The Goods Mart in Los Angeles. Krupa’s convenience store is among a handful of new businesses shaking up the traditional convenience store and focusing on healthy, high-end, products from small brands.

“I want to be your neighborhood convenience store,” said Krupa. “We have a lot of different things that you’d find at, say, a 7-Eleven, but it’s all better-for-you type ingredients in the sense of no artificial colors, preservatives, dyes. We curated around 300 to 350 products that I tried and tested and also read up on.”

Like a 7-Eleven, Krupa sells a lot of coffee and slushies at The Goods Mart’s self-service bar. But the coffee is from La Colombe, a Philadelphia-based roasted with responsible practices. And the slushies are organic and come from Kelvin Slush Co., a Brooklyn, N.Y.-based company.

At Foxtrot, with five locations of its elevated convenience store in Chicago, co-founder Mike LaVitola said, “Coffee is definitely a big driver for us and it always comes down to coffee, wine and ice cream.” Foxtrot locations have a “coffee shop vibe” with about a third of the store dedicated to coffee service, a third to chairs and couches for customers to hang out in and a third for shelves and more traditional retail. 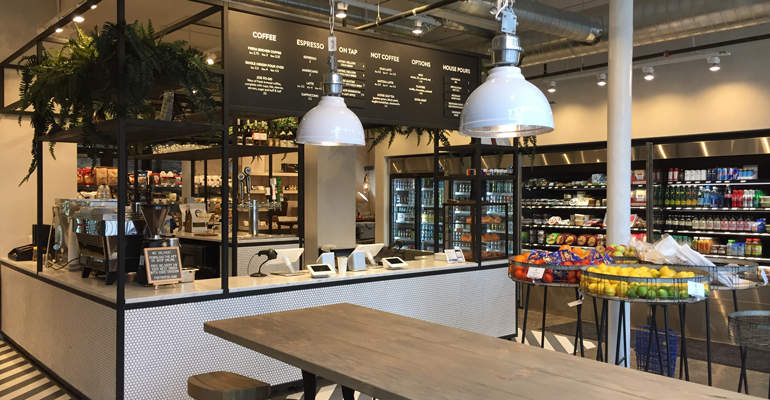 Coffee is also a top seller at the Choice Market in Denver, which opened in October 2017. Two other top sellers are organic bananas and traditional Coca-Cola. Founder Mike Fogarty is less stringent than Krupa about using products from small businesses, although he estimates his market has about “90% better-for-you [products]; 10% traditional c-store and large CPG brands,” Fogarty said. “But people still drink Coca-Cola and still eat Skittles and stuff like that.”

Choice Market also has a robust made-to-order business with sandwiches, salads and smoothies and seating for about 30 people in the 2,500-square-foot space. (The Goods Mart footprint is smaller at around 800 square feet.)

Fogarty’s business was inspired by growing up going to East Coast-based Wawa convenience stores and spending time in Europe with where small-format grocery stores are popular.

“It became clear that there was an opportunity to rethink the convenience store and what it means to be convenient,” said Fogarty. “With all the changes in terms of people smoking less, cars being more efficient, all these key revenue drivers for the convenience store were continuing to decrease but food and foodservice was becoming more and more popular.”

Although Choice Market and The Goods Mart only have one location each, they have ambitious expansion plans. Krupa would love to open more locations in L.A. before moving on to her home state of Michigan. Fogarty hopes to have five stores open by the end of the year in Denver and other markets.

After nearly four years in operation, Foxtrot has cornered the corner-store market in Chicago focusing on locations on the main street of different neighborhoods in the Windy City. But the business originally started as an online service delivering “what people typically go to the convenience store for, which for us is craft beer and wine, great snacks, that kind of stuff,” LaVitola said. 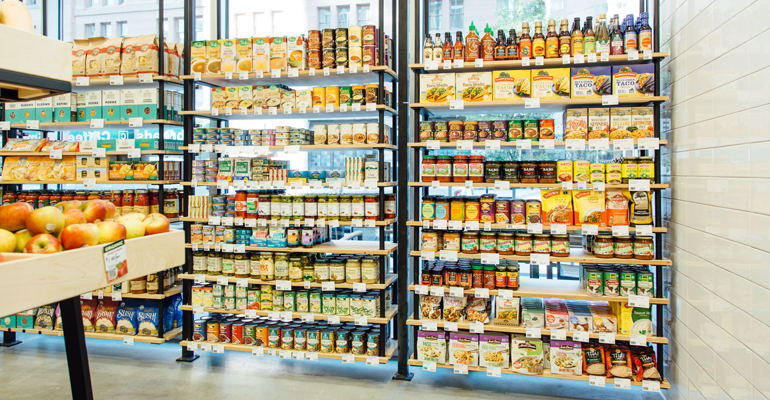 “We approached it by taking all the things people typically buy from the corner store or convenience store and we’d find the best version of those [and] really try to update the menu with a focus on quality and local and interesting, emerging brands and then deliver it in under an hour,” he said. LaVitola soon discovered that he needed a brick-and-mortar location in order to deliver alcohol legally. But to his surprise, the retail stores grew along with the online business.

“I think customers have really low expectation of what a convenience store is, and so, when you have a really fun and bright and welcoming one that has really high-quality products that they're not used to seeing, they get excited,” said LaVitola. “It wasn't a hard sell from a consumer point of view.” The company is planning to open a few more Chicago locations in the next couple of months before expanding nationally.

Bridges General, which opened its first location in May 2017, already has locations in different markets. The convenience store concept is part of Retail Worx, a company with seven brands in the health and food space. Bridges General has locations in California and New York and mainly focuses on real estate in commercial office buildings, with and without public access. 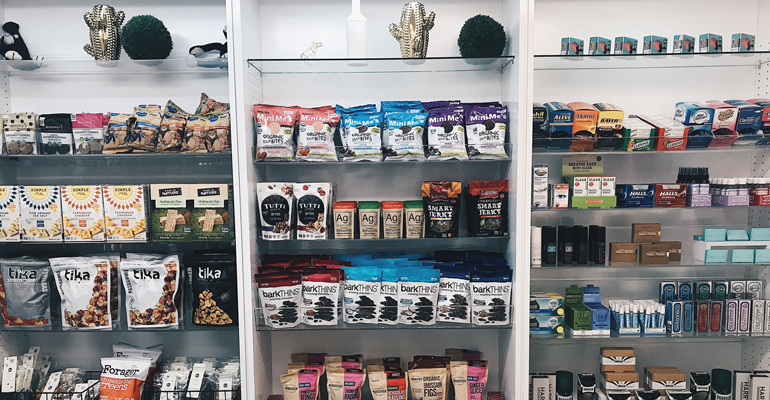 “We’re really looking at how do you create a convenience environment, but for the today person,” said Aaron Battista, CEO of Bridges. To Battista modern convenience means services like Denim Repair and Happy Returns, which allow Bridges customers to run lunch-hour errands like repairing jeans and making trips to the post office. Battista envisions expanding these services

With its services and products, Battista sees Bridges as a boon for customers and landlords alike.

“What we're finding with these buildings is they want to elevate their experience,” he said. “They want to provide services for their tenants, and the landlords are really excited. They have 500, 700, 1,000 square feet that they don't know what to do with. And we're the perfect solution.”